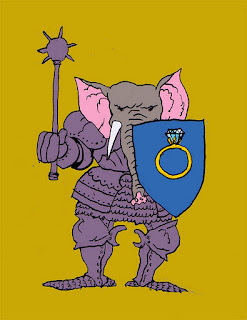 Tom Harper over to "Who Hijacked Our Country" wrote a post about Obama and his Presidential condemnation of world wide gay discrimination.  Pop over to see what it's all about.  I have another bone to pick regarding something I read in his post.

The catch phrases used by one side to beat down the other side get very old after awhile.  I would think the firebrands would hire someone to freshen up the rhetoric.  Of course the political suitors have no regard for the intelligence of their audience.  The audience apparently does not mind.  So why should I whine about it?  I guess it is because every time I hear certain words in certain combinations over and over again I get a little irritated which can, if I am exposed too many times within a short enough period of time, make me go slightly bonkers and rip off a rant here instead of stomping out back to my neighbor's house with my chainsaw to cut down that damn 40 foot cross he erected to let everyone know he is a God fearing man.

Just how is it we have allowed a certain segment of the population to define what our "traditional values" are?  Because we just do not care.  It is easier to hitch a ride on a bandwagon than to think for ourselves.  Traditional Values are not some specific list cast in stone we should all bend our will to.   Traditional Values change with ethnicity, religious background, regional background, the list is endless.  Yet, there are those who would have us believe that the values they cherish should be ours because God likes them.

Here is the list from the Traditional Values Coalition
Their first goal is a righteous goal.  But then several values that follow do not fit.  They want to promote religious liberty, yet it appears that only pertains to Jews and Christians.  They claim to want to live in a free society, yet would limit who can marry who.  In my opinion, the "Traditional Values" crowd are a bunch of self serving hypocrites whose only "tradition" has been for years to attempt to impose their set of values on my life through legislation.

Tradition has its place.  I respect the value of tradition as it applies to how we form our moral codes.  But to insist that one groups traditional value system be used govern the actions of a population as diverse as ours, it will only create division and anger.   The co-opting of the term is but another way a certain political population is seeking to control us.  And frankly I think much of what is on their list of values is counterproductive to our health as a nation struggling to keep up with the rest of the World.  Focusing on them only takes time and effort away from tasks that are so much more important.

But this crowd and the GOP who adopted their platform have spent the last year wasting precious time and resources introducing:
In the meantime, we have a population struggling harder each day to keep afloat, find work, and make a reasonable effort to find a comfortable life.  Not much in the above list comes close to really addressing the immediate problems our country is facing.  There's your traditional values at work.  What a joke.

Thanks to Tom Harper and YELLOWDOG GRANNY for firing me up
Posted by MRMacrum at 8:30 PM

At one time I kept an open mind when it came to conservatives. Cuss me out but government can become a road block to progress and frankly while I am a liberal just as many of them are owned by the corporations as the republicans.

But now after so many incidents and outright attempts to push the country back to the 1950's with things like Jim Crow junior laws restricting voting I have lost all respect for the right-wing.

As far as I am concerned the country is royally screwed until such time as the younger and more tolerant generation in high school now takes power.

Its damn funny to live in a blood red state like South Carolina and hear even the rednecks he knows accept such things as gay marriage and the fact that bombing the world whenever we want does not really solve anything.

Just remember folks, yesterday's Sebeliusing, if done by a gooper appointee, would have the dum masses frothing at the mouth. They're all full of shit, and gleefully use wedge issues in their sleight-of-hand; one acts crazy, the other wrings their hands, rinse, repeat.

It's a traditional value only when it's my tradition.

And as Olbermann would say "Where are the jobs Boner?"

Thanks for the mention.

"Uncovering wasteful spending in Washington" -- yes, that's been clearly spelled out in the Bible :)

Gotta love the Party of Jobs. If the unemployment rate went up to 49%, the "party of jobs" wouldn't notice because they're so obsessed with abortion, Muslims, voter fraud and gay marriage.

Beach Bum - I used to be a card carrying GOP conservative. But once Ronnie ruined the party, I bailed. Over time I have only had that decision reinforced by what the GOP has become.

Randal - Some tactics are tried and true and work every time.

Demeur - I bet my traditional values trump yours.

Tom Harper - All issues worthy of a Bronx Cheer with some frothy stench from Santorum on the side.

Intelligence is always depicted with a bell-curve, and fifty percent of the population are on the back side - these are your "working people vote republican" crowd.
the Ol'Buzzard