I am a hairy man.

Today being Father's day and all, I decided to screw the pooch and get into whatever struck my fancy at the moment.  As I gleefully squandered my time, I considered what Father's Day was for me.  I have written about my father, "The General".  I considered writing yet another proud papa piece about the Kid.

Thought about both and decided I had been there, done that more than once or twice.  Figured I'd skip memory lane this year and just continue to waste a perfectly good day.

Wasted day or not, I would be going to work naked on Tuesday if I did not at the least do one load of laundry.  So I broke loose of the lazy dog chains I had decided to not fight today and tossed some duds in the washer.

It was when I was removing a load my wife had put in the dryer I came up with the title line of today's Father's Day post.  There is a penalty just shy of death for not cleaning out the lint collector in the dryer.  I forgot once and when my darling snuggle bun saw it, I never did it again.  She can turn on the pissed off machine at the drop of a hat.  So, I was careful to pull the lint collector to clean off the build up of crud that accumulated from the drying cycle my wife's clothes went through.  I noticed once again a preponderance of kleenex flotsam and fuzz from where ever she finds so much fuzz.  I chuckled and said out loud, "You are indeed a fuzzy woman."

When I went to clean out the lint from my load of clothes, I noticed less build up of fuzz and more hair.  Apparently, even with a thinning crop on top, I am still a fairly bushy fellow.  At least judging from the lint collector I am.  And let me tell you, lint collectors do not lie.

So today's Father's Day post is a tip of the hat to my long suffering and hard working wife.  She somehow decided to put up with me these past 35 years even after all the stupid husband shit I pulled over those years.  I really would not be complete without her in my life. .................... 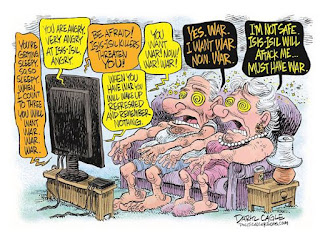 Irrational anxiety, already ramped up due to election year stupidity, is reaching into the type of madness that followed 9/11.  Gun stores are selling out of weapons and ammo.  Stupid politicians make claims and place blame that have no basis in reality.  Irrational evangelicals make claims that God did this to punish Gays.  And America falls back into the stifling fear that grips it whenever something no one can control happens.

No matter what we do in the future, whether it be based on common sense or the typical knee jerk over reaction, Isis has won this round.  They did not have to do anything more than tap into the hate that flows under our national skin.  We were too anxious and apparently eager to give them that which they seek ...............  our fear.

Why do so many people seem to enjoy being afraid?  Anger I can understand.  But illogical fear?

Another Cloud of Sadness Descends

And once again a nation grieves over senseless terror carried out by a radicalized religious zealot.  Before the flags have even been dropped to half mast, various leaders get up on their soap boxes to capitalize on the moment to push their agendas.  Cries for stronger gun control, calls for stricter border controls, the knees jerk all over the map.   And of course, neither will solve the underlying problem that Humans seem to love killing each other. 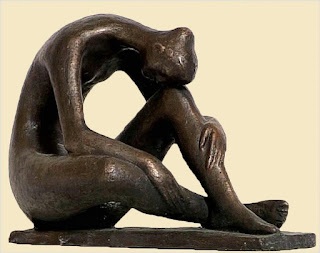 The media feeds whatever flames they find with irrelevant questions and unsubstantiated rumors, hoping to keep this story at the top of the news cycle for the next few weeks.  They invade the privacy of fresh personal grief of those who lost someone they love and project it over the globe.  And the rubber necking public eats it up.

One thing I noted was it seems important that we all know this was a "gay club".  The emphasis of the word "gay" tells me that for all our inclusive posturing, we as a nation still find it necessary to pigeonhole people based on something considered outside normally accepted behavior.  Yes, it does seem important to know that the club was targeted possibly because it was frequented by gays, but tell us once and move on.  Don't beat that horse every time you mention where this awful incident occurred.

Intolerance of any kind pisses me off.  Homophobic religious fanaticism is at or damn close to the top of my list.  Because both seem to bring out the worst in the people with those views.  It certainly did in Orlando Saturday night. 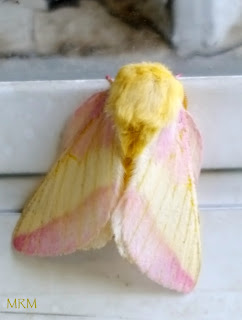 In the pucker here in southern Maine, the outside critters pretty much do as they please.  Fur bearing, six legged, slimy or ones with wings have a paradise in which to exist.  Sure we locals of the human kind interrupt their rustic existence with roads, homes and gardens.  Rather than endanger the critters who live outside, we seem to offer them easy pickins that add comfort and guaranteed streams of sustenance.  It's as if  our homes and gardens are like McDonalds, fast and easy with drive by windows of opportunities.

Offsetting the constant battle to retain supremacy of the lands we have chopped out of the woods, is the beauty that pops in and then out on a daily basis.  Birds, fur bearing critters, and our outrageous numbers of Moths, Dragonflies, and Beetles all add a smile on my face whenever I happen upon one of them dressed up like they were headed out to party.

The moth above is fairly common around here.  I see them often.  Don't know what their scientific nerd name is, but I have decided to call them "Trump Moths" from here on out.  While most moths seem to mind their own business, some will eat the clothes off your back if you give them a chance.  I am guessing this moth is one of them.  Seduce me with his golden locks and pursed lips and the next thing you know, that last sweater Aunt Helen knitted me is history.

Still Numb as a Pounded Thumb After All These Years 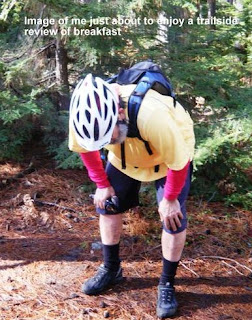 The other day I mentioned I was no linger able to burn the candle at both ends.  Apparently my recent version of burning the candle as long as the sun is out is also more of a bite than I can chew now.  Guess there is another skill I need to get a handle on.  When the exhaustion continues after I wake up, then I guess I need to make some adjustments.

The concept of pacing myself has always eluded me.   Full tilt boogie only worked when I was younger and numm-er.

Today, Thursday, I sit in the bike shop so beat I couldn't find a clue if someone handed it to me.  There are repairs sitting un-repaired, paperwork ignored, and orders still pending that should have gone in yesterday.  Topping it off, I am breaking my one cardinal, hard rule regarding the separation of blog and work.  No blogging while on duty.  But what else can I do?  Apparently not much.  ........
................ Uh, could you hand me my coffee cup?  It's just out of reach.