The Best Fight Ever 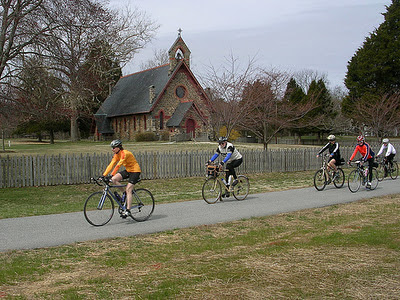 So I'm abusing the Hell out of google last night and searching out information or images on anything that pops into my mind.  Yeah I know.  Get a life or something close, but what the hell, it beat sitting numb and dumb in front of the tube.

I google my name.  I google my brothers names.  I google my mom's name, Hell I go through the family one member at a time.  Nothing new really.  Then I googled "Charlotte Hall, images".  Jack pot.  I am looking at images, old and new, of the area that was named after the military school I attended in southern Maryland back in the 1960s.  There are few school buildings standing now.  They were in tough shape when I went there.  After the school closed about 1976, they fell into disrepair and most were razed when the property was turned into a Veteran's home.

One of the buildings still there has been restored and is apparently one of the finest examples of American Gothic architecture in the state of Maryland.  When I had to use it, it was just a church.  It is called the Dent Memorial Chapel.  It was built in 1884.

The picture that caught my eye was  the chapel staged behind a string of happy cyclists enjoying a spanking brand new bike path that now cuts across my old campus.  Seems fitting I guess considering what I ended up choosing as my vocation.  The picture also brought back many memories, good and bad, of my three years incarcerated attending  the school.

Instead of dwelling on my life spent mostly in other parts of the campus, I focused on what impact Dent Chapel might have had on me at that time.  A minute or so into considering it's importance I realized any impact was not from the religious activities for which it was built.  It was a place we were forced to spend two hours every Sunday trying to not get caught sleeping as the most boring Episcopal priest in the northern hemisphere did his best to make us want to swallow our M-1s as soon as we got back to the barracks.  Juvenile delinquents and God do not  make for an engaged and stimulating morning..  Neither the preacher nor his non-volunteer flock came away with any satisfaction other than being glad to be done with it one more time.

Dent Chapel was more of a haven.   It was an extra building left empty most of the time and used to plan mischief in secret, carry out mischief in secret, or hide from others who hoped to carry mischief out on you.  As an underclassman, I would sneak cigarets in the bushes that surrounded it.  I would sometimes go in and play forbidden games of chance with  friends.  I can remember at least twice hiding there to avoid the unavoidable hazing a new cadet always received.  I discovered soon though hiding only put off the inevitable and I stopped running to the Chapel.  It was easier letting them have their way and getting it over with than fooling myself that by hiding I was somehow winning.

And it was the first place I almost got laid in.  My date to the military ball was fine with the hot clumsy teenaged foreplay that should have ended in momentous ecstasy.   She had no problem teasing my naughty bits.  Unfortunately she drew the line at spreading her legs on a pew in the house of the Lord.  Me, well, I  was hard pressed to understand her point of view.  I was not happy about it but we left and went back to the dance.  The heat of the moment left with us, uh well her heat dissipated quickly and because mine did not, I was rewarded with what was probably my first case of severe blue balls of more than a few to come in my immediate future.  Every boy needs at least one or more encounters with the blue ball syndrome.  It teaches them discipline.  I was harshly disciplined that night.

I also remember the longest fist fight I ever had or  would most likely ever have taking place behind the chapel one frigid night when I was a Senior.  Mike Lawson, whose birthday happened to be the same as mine and whose name tended to stick him close to me when we were all too often sorted alphabetically, - well Mike decided that dark cold night he had had enough of my bullying.  I had tormented him for three years.  It was not like I had a size advantage.  He was actually bigger than I was.  I just had better jive ass punk-ness and a bigger chip on my shoulder.  I deserved the beating he tried to give me that night.  It was long over due.

I was minding my own business in my room in Keech Hall.  Someone knocked on the door.  I opened it.  Mike cold cocked me and knocked me down.  We tore up the room until my roommate came back from the head and kicked us out.  We took it outside and fought until neither one of us could pick up our arms or even get off the ground.  The epic contest seemed to last forever.  Nobody won the physical battle, but Mike won the day.  As we shook hands, I said to him, "All I ever wanted from you was for you to fight back."  We got along fine from then on.

The next day at formation, the Skin ( the commandant) asked me to come to his office once we were dismissed.  I always liked the Skin.  He was a hard man, but always tried to be fair when discipline was handed down.  He was well aware of the ongoing animosity between Mike and myself.  I knew our meeting would be about that.  Hell, my face was all the evidence he needed.  I knew Mike had not snitched.  He may not have been a fighter but he was a three year survivor at Charlotte Hall.  One of the cardinal rules was never snitch on a fellow cadet.  Get labelled a snitch and your time there would be miserable.

The Skin asked me who had beat my face in.  I told him it was a disagreement between friends.  He  said it was unbecoming and against regulations for officers to fight and if he found out about it there would be Hell to pay.  He looked at me with hard eyes.  But then he always looked at us with fierce intensity.  He then asked me if Lawson and I had finally buried our hatchet.  I assured him we had.  He dropped his eyes, picked up a pen as if to start some paperwork drudgery and curtly said, "Dismissed".  It was not until I had safely traveled 50 feet  from the Armory that I let out a sigh of relief.

Mike fell back into his peaceful ways and finished his last year quietly and honorably.  I continued my battle with civilization and not three weeks later was busted down from 2nd lieutenant to buck private for going AWOL.  Was that four days away worth it?  Shit, I can't remember.  So I assume it wasn't.

I don't think about my time at Charlotte Hall as much as I should I guess.  The three years I spent having civility pounded into me had a dramatic impact on my successful transition from punk loser to productive citizenry.  I entered Charlotte Hall a very angry young man and left still angry, but with a realization that anger does you no good if used inappropriately.  Mike taught me that anger appropriately focused can do some good.

Email ThisBlogThis!Share to TwitterShare to FacebookShare to Pinterest
Labels: Charlotte Hall, Cycling, Dredged from the Past, Friends, Memoir., My first Wake up Call, Personal

The web is great for finding lots of interesting things. Google Billy B Cook and I'm right at the top.

And a half dozen of my old posts are constantly in the top ten of Google searches, go figure.

I remember once suggesting to my son he might find himself in military kindergarten but I don't think I've ever actually met anyone who went to military school. Then again, maybe I do and they've just never talked about the experience. Yours is a great story and I can well understand how much you appreciate Charlotte Hall in retrospect.

I love Google..
Google is so much better than all the others..I find all kinds of crap on there.

Know a lot of people who a few years in military school, or service, would be of great benefit to them.

I believe a stint in the military does that to every man. See nothing wrong with the draft. The perfect place for young men to grow into adults.

I found some of the pictures of Alaska villages that I posted on my blon in Google Images. Did you know that when you put an image on your blog it may turn up someplace else in Google?
the Ol'Buzzard