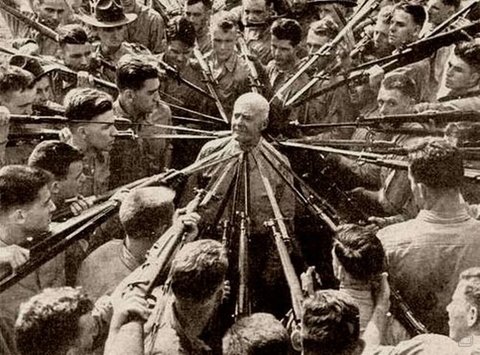 I took a few moments from my single minded focus on the bike shop this morning to check on the rest of the World.  The usual madness seemed to be unfolding just like it was when I checked last week.  Missing people are being looked for.  Other dead people missing even longer are being found instead.  Good government policies barely make up for the bad government policies.  My country is still embroiled in a military situation there seems to be no dignified escape from.  And last but not least, I notice the Brothers Four are still pissing down each others leg  for the right to take on Obama and piss down his leg.

Email ThisBlogThis!Share to TwitterShare to FacebookShare to Pinterest
Labels: Another trip to the Dump, Bike Shop, Blogging, Personal, Silent Conquest of Ourselves

Last week when I pulled into the bike shop parking lot I parked in my usual spot next to an aging and beat cherry tree.  Even though Time and the harsh elements of Maine have had their way with this tree, it still produces profuse bundles of inedible berries.  Inedible for me anyway.  Sour and nasty in my opinion.  But the birds love them. 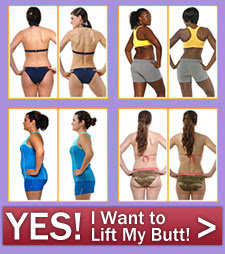 I passed out on the couch last night.  8:00PM was my last awareness of time and the last thing I remember was I had a 24 ounce Papst in my hand.  It was St. Patrick's Day after all.  When I awoke at dark thirty in the morning, the Papst still had several ounces in it.

Being parched and in need of immediate hydration, I gratefully gulped down the last of the warm and flat beer.  Thirst quenched, I took a moment to get up to speed about my current situation.  Waking up on the couch was normal.  At least one cat on my chest, yep, normal.  And the TV being on was standard operating procedure.

It was what was on the tube that made me do a double take.  Spread across the screen was a close up shot of maybe seven sets of tanned buttocks wearing not much.  These were perfect and delectable buns.  The voice over informed me that I too could have buns like these if I would only call this number for the secret to a beautiful butt, oh and please do not forget that credit card.

Intrigued, but still in the throes of being half awake and half dead, I considered what it would be like to have buns that looked like the ones I was gazing upon at the moment.  Immediately I saw myself on some beach wearing a thong to show off my beautiful buns but I had forgotten to include time to exercise for those Amazing Abs.  Around front hanging over and hiding the top thong was my notable pot belly all hairy and stuff.  Yeah Mike, the chicks would not be able to resist.

Now that I have ruined your day with this image I can only say that if you have any notion of owning beautiful buns, make sure to also do what it takes to own Amazing Abs.  While you are at it, might as well beef up those pecks and deltoids at the same time.  Since you have gone this far, naturally a penile enhancement or breast augmentation would be a logical add on.  Along with comprehensive defoliation, add in some judicious skin tucking around the neck and maybe some material lifted from above the eyes and voila, you can once again know what it's like to be twenty years old.

Now you are ready to retire to Buenos Aires  and be available for that testimonial in the next Brazil Butt Lift infomercial. 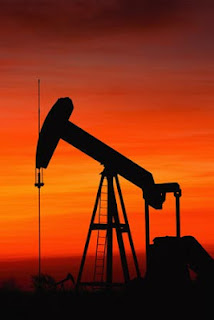 The bike shop has pushed the rest of my life off center stage.  Hopefully I will find some balance sooner than later.  But I am afraid I am back into it. The repairs are not just trickling in anymore.  It would be helpful if I don't burn out until September.

Do something long enough and no matter what goes on around this something one does day in day out, the rhythms remain the same, even if the resulting conditions change.

I changed my age old bike shop business model three years ago now.  And yes, it has changed the way I interact with my customers.  Mistakes become bigger deals as I have had to learn to walk a narrower financial ledge in order to keep the doors open.  No longer is dickering the exception, it is now the rule.The customer is coming in with the idea of spending as little as possible for the product or service they want.  The retailer (me) hopes to maximize his profit, but  has become used to settling for the minimum profit he needs to get by. 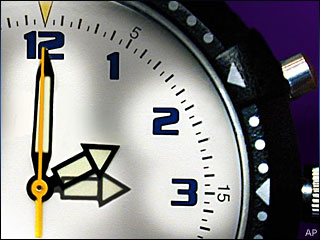 I have become used to the government and their tendency to fool around with the money I send them every year.  They often pretend to give it back, calling it a tax cut.  That never lasts because while they are thinking of ways to give it back, they are always considering more ways to take it away.  It is as if they had this big balloon filled with air.  Someone ensconced well within the gulliwots of the government belly decides the citizenry could use some of that air.  They tap the balloon and let some of it out, which in theory should give all us a little more room to breathe.  But we all know the government does not enjoy working with an under inflated balloon, so on the other side of the balloon, they plug in a pump to suck most, if not more of that previously released air back into the balloon. 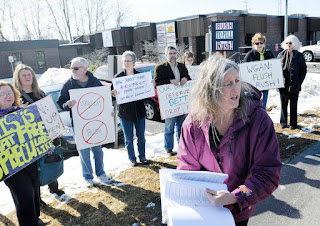 Angry and indignant women carrying signs and chips on their shoulders congregate in front of a local AM radio station in Portland, Maine to protest that station's active role in spreading the hate filled nonsense of another brainless political hack.  These irate ladies demand the station cease broadcasting this man's message.

When interviewed, the station manager grins ever so slightly and tells us the man has an audience that either loves him or hates him, but it's the numbers that count.  As long as he has an audience, no matter their opinion, the station will not stop his broadcasts here in Maine. 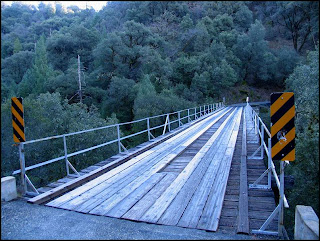 George was fairly certain he was dead now.  The last time his eyes were open, they were looking down an empty subway tunnel under lower Manhattan.  George was a track checker and close to retirement.  It was his last full week at work and as he had done for 35 years previously, he trudged his section of tunnel looking for problems on the line, around the line, down the line.

Now George noticed he was walking on a dirt road.  Up high, the Sun sat on one side of noon or the other.  Trees swayed slightly under a kind and gentle breeze.  Outside woodsy smells assaulted his nostrils replacing the stench of the subway he had huffed 5 days a week for the last too many years.  He had a walking stick in his hand and he no longer limped.

Email ThisBlogThis!Share to TwitterShare to FacebookShare to Pinterest
Labels: fiction 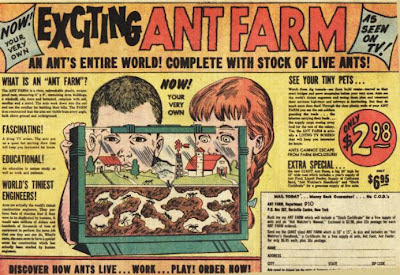 I visited Conservapedia the other day to check out what movies they felt presented conservative values in a strong and positive way.  Surprisingly, there was no Ronnie flick near the top.  The top two conservative movies were "Witness", in at number 1 and "Spiderman" close behind at number 2.  There was the predictable assortment of biblical movies in the mix, 'Ben Hur" "The Ten Commandments", etc.  Ronnie did not show up until well down the list.  Seems conservatives value his political skills much higher than his acting skills.  Me, well I give him a low to mediocre grade on both.

Another Beacon of Light in the GOP 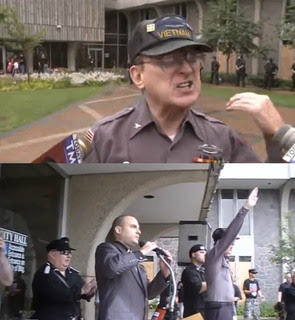 “Our country is falling apart economically, politically, culturally, militarily,” he said. “We are going down.”

Art Jones or Arthur Jones, the name he preferred back in his younger more passionately fascist days is a Republican candidate for Congress in Illinois' 3rd district.  He is sure the US is in the same state of chaos that Germany found itself following WW I.  As a former member of the Nationalist Socialist Party (NAZI) and an ardent student of Germany, Hitler and all the pomp and circumstance only men in brown shirts and hob nail boots can create, Art is also positive the Holocaust never happened.

Another of the DIsconnected - Disconnects 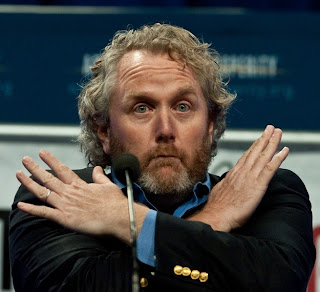 While the snow blew hard outside today, I managed to be productive and streamline some day to day, week to week, month to month bike business drudgery into a less haphazard process.  As I get deeper into the actual business part of running a retail business, I find I want more information with less digging.  Today, I designed my own spreadsheet to help me do that.  Call it an education in spreadsheet basics (courtesy of my loving and dear wife with the CPA - uh, this plug is absolutely necessary if I want her help in the future).  The new twist on the information I was hoping to find brought a deeper understanding of financial aspects I need to be paying better attention to.  It is as if I peeled back one more layer of this onion.