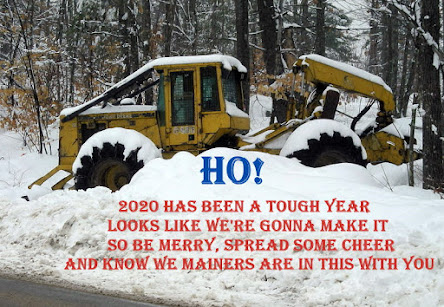 I have never been a big fan of the Christmas season.  As a child, I learned to dread it's coming.  My father, who struggled with depression and alcoholism, ramped up his pain at this time of the year.  I inherited his tendency for both the demon rum and the depression. I tried to break the chain, but was only able to rein in the alcoholic overloading. Depression is part of me year round, but worse in December.

So here we are in a year tailor made for me to wallow in more depression than ever before in my life. Covid sucks, Trump sucks, and I discovered that what I suspected is actually true.  The planet has been allowed to be run by self serving jerkwads proving that the average slob, peon, serf, or drooling minion is getting what they deserve.  So yeah, I should be in depression heaven here.

Oddly, I feel more upbeat than Christmases from my recent past.  For all the lousy and hateful things we have done to ourselves this past year, there has been a tidal wave of care sharing, as average folks coast to coast rose up to meet the various challenges of 2020.  Against many odds and nattering idiots, millions of good people put nose to grindstone and carried our load.

Their existence has re-confirmed my faith in Humanity and I see lights at the ends of our tunnels. 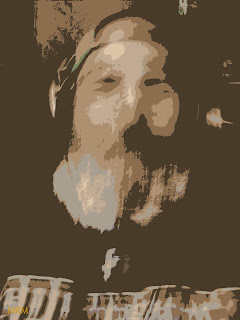 For years I have had various ideas, observations and considerations float in and around the smoldering wreckage in my mind. Most often I don't really notice them other than a quick acknowledgement and then let them die in the swamp out back. But have enough "what if's", "what about's", and "only if's" pass by, eventually I was bound to stop everything and go, "Yeah, What about that?"

In the last four years, the notion of Fear and its pervasive, insidious grip on our national psyche has consistently been up front and in my face. America and yes, even a large charge of the World's population live every day in fear of something catastrophic ruining their day, their lives, their existence. Irrational fear that often cripples them and makes them prone to grasping any slim chance to escape the unknown and non-existent tragedy coming at them at warp speed. That makes for fertile ground where liars, scammers, and purveyors of Righteous Indignation ply their evil trades. Humans love to be afraid.

Franklin Delano Roosevelt was right when he said "All we have to fear is fear itself." Yet we have conveniently forgotten this basic truth. Meeting a challenge head on is certainly better than meeting one with doubts swirling around and poisoning our resolve.

I am not immune to fear. I have my favorites I pull up on occasion to fill that void when despair seems lacking. And while I wallow in my fears, I know it is a useless and destructive endeavor that is bound to not bring me closure, satisfaction or even gratification of any kind. Simply put, fear is a colossal waste of my time, as it is for most folks unless they are chained to wall with a greasy one eyed prison guard approaching them as he rubs his hands and declares, "We gonna have some fun tonight." 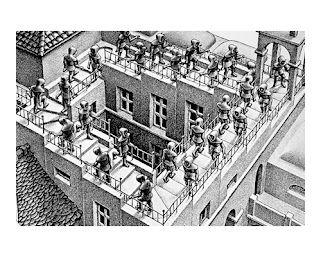 After reading my above scrawling on fear, my quiver of fear is again empty for the moment. I sit here a rational and clear headed man who knows that beating fear is more than half the battle. Yet part of me is already jonesing for more fear to replace that fear I just purged. I feel like an MC Escher painting looks. I keep climbing those steps and never leave the basement. 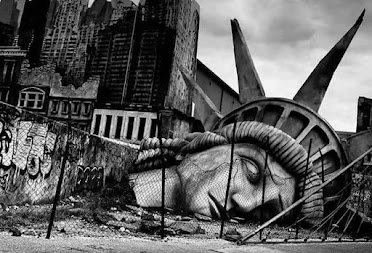 I have had it with lies from the Right, especially the lies from election fraud idiots, Covid deniers, Evangelical wackos and their brain dead idol, D. Trump. We will be years getting over the damage Trump and the spineless leadership of the Right has done to our country.

Hoping that a new year with Joe Biden leading an often clueless and fractured Liberal Cavalry will somehow fix it is using an overly optimistic dose of wishful thinking. The light at the end of the tunnel is but a fading glimmer.  Like the McCarthyism of the 1950's, the Trumpism of the 2020's will most likely have to burn itself out over time.  How much time is anyone's guess.

A sizable chunk of our dumb ass population has allowed itself to be sucked in by baseless conspiracy theories and lies fomented by morally corrupt mouthpieces operating with the support by authoritarian leaning One Percenter's.  These insensitive money grubbing mercenaries have no ethics and care little what form of government we have as long as their coffers and interests are in front of everyone else's. But they do seem to find the Representative Democracy we supposedly exist in now particularly problematic and loathsome as it actually relies on the very people they want to exploit. To them its like herding cats.  Doable, but it would be so much easier if we all were brain dead drones. Sadly, because the Right has lost its mind, their goal seems to be in site.

In short, the USA appears to be headed for Banana Republic status and I do not see any way out of it unless the Right blows itself up.