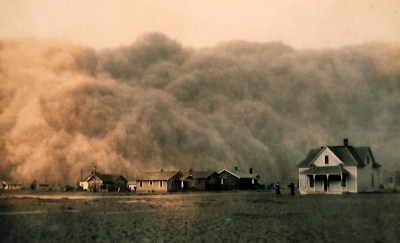 Rapidly changing events unfold  with such speed, by the time unintended consequences rear their ugly little heads, the unfolding events have moved on to other events emerging faster than the consequences can keep pace.  Negative results begin to logjam, becoming entwined and more complicated as they fuse together out of sight until eventually events not even on anyone's radar force them to panic mode and they back pedal in often fruitless effort to address what has already happened,  thereby weakening their readiness to deal with the next catastrophe on the horizon.

Instead of stepping back to take the broader view, and spend a few minutes catching their breath, they quickly look to their respective ideologies for excuses rather than allowing time for common sense to seep to the top.  Distracted and fooled into thinking all of these unfolding events are not inter-connected, they address each as individuals rather than as the mob that has really shown up at their door.

Evidence that things have gotten completely out of control emerges when they fall back on the blame game hoping that by doing this they will escape or not be held accountable for having screwed up in the first place.

A period of Blame Time begins.  Nothing is accomplished, nothing is done.  The only proof they even acknowledge the problem is by their cowardly retreat from it and blatant refusal to own the events they themselves put into play maybe not even that long ago.  As expected, Blame Time, as it always does, turns out useless solutions while using up precious time and resources.

Many ,if not all of them now enter Catatonic Time.  Evidence of it displayed when they put one thumb in their mouth and the other up their ass.  This period often results in a brief moment or if we are lucky moments of calm, even as those overwhelming events still whirl around them out of control.  It is but the eye of the hurricane and those still aware know what comes next.

Time to go on vacation.

Image from Redmond Library
Posted by MRMacrum at 7:10 PM

They're lost in a world of 'unknown unknowns' as Donald Rumsfeld so aptly described it before sending the troops to Iraq anyway.

I hope you enjoy your holiday.

They don't have any money to toss at problems so all they can do is play the blame game or ponder on how to make more magical figures to come up with money to fix things.

Kind of hard when you're 15 trillion in debt, but hey, they're still getting their paychecks.

they bend us over and while they are screwing us...they steal our wallet.

He said, she said, I say I'm drinking.

Evidence of it displayed when they put one thumb in their mouth and the other up their ass.
One can hope that after they rotate on their thumbs that they switch thumb positions.

The best bumper sticker/poster I've seen is the one that says, "Of course it hurts, you're being screwed by an elephant!!"

I was gonna say what Kulkuri said. Make them switch thumbs.

Yeah, Congress is one huge cluster but given the people I talk with who have such a short sighted and incurious view about the world and themselves I still believe our elected leaders are just a disfunctional reflection of a broken and self absorbed nation.