Earlier today I was mousing my way down Facebook Lane and not paying much attention to the meme's that passed by.  I must  have been distracted or just deep into my FB Daze earlier than usual.  Suddenly I stopped my scrolling.  It dawned on me that it was nothing but muscle memory that had me wandering aimlessly around Facebook at 5:30 in the morning.

"Screw this, I'm taking Maggie over to Mary's Woods, sparkin up a doob while I stretch our legs and forget Facebook even exists, if only for a brief moment or two."

Email ThisBlogThis!Share to TwitterShare to FacebookShare to Pinterest
Labels: Another Wake Up Call, Facebook, Pop Culture, The Doob 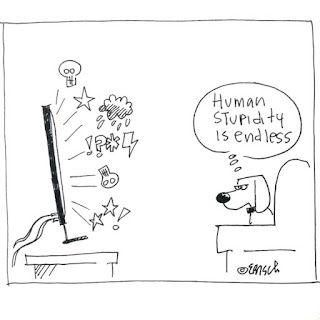 This morning on TV news, a supposed expert on crime said he and the rest of the experts had no idea the why violent crime stats have risen.  What came to my mind was it was not a Libtard conspiracy to turn us all into Comrades, not the stupid number of guns in the US, nor was it illegal immigration or pedophilia clubs run by Hilliary .

What came to my mind when I heard this guy say he had no idea was, "Damn dude, people are scared, angry, and oh so fuckin tired of being cooped up."  I went on to shout at the TV, "The current leadership and its insistence on fanning the flames of fear, hate and discontent is not helping either you asshole."  As usual, the TV ignored me, cheerfully continuing on its merry way spreading the latest serving of said hate and discontent.

Call it a perfect storm where three plus years of divisive and fearful rhetoric from Donald Trump ramped up to breakneck speed and was swallowed by a catastrophe that should have been foreseen and planned for, but was not.  And then everything really went to Hell in a hand basket because our leader couldn't think himself out of a wet T-shirt, let alone deal with a worldwide pandemic.  Mass ignorance and stupidity on the grandest of scale now has us by our short hairs.

Hang in there and wish us luck.
Posted by MRMacrum at 9:14 AM 5 comments:

He Walked the Walk 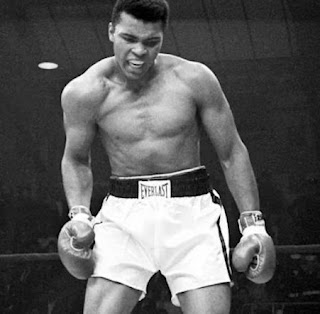 As part of my coming to grips with the racism in my past, I remember when Muhammad Ali refused to be inducted into the Army.

I was just a kid of 14 or 15 who echoed the hateful admonishments of the White people in my small circle. We called him a traitor. We said he was just another uppity N****. We hurled all sorts of insults at a man who had more balls than the whole American White Race combined. He stood against the Vietnam war and stood tall for his race. And we punished him for it. I am so sad I had any part in that.

A man worthy of admiration by all of us.

Email ThisBlogThis!Share to TwitterShare to FacebookShare to Pinterest
Labels: Another Wake Up Call, Events that turned me into a Progressive, Facebook, Memoir., Personal, Politics, Pop Culture, Sanity, Silent Conquest of Ourselves

The Farmington Drive In 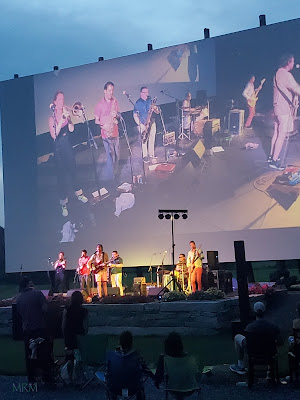 Dave Gutter looked out into the audience last night, squinted and said,  " Not used to seeing cars in the audience."

And that about covers the oddest and one of the best concert experiences I have ever had.

Rustic Overtones played in front of a capacity crowd of cars last night at the Farmington Drive In, located just off the main drag in Farmington, Maine.  Farmington is a smallish rural college town, where the men are manly and the sheep are nervous.

The band was on, Dave was on, it was one of the best Rustic concerts ever.  And once I got used to sitting in a nice lawn chair sipping hard cider as the Sun dropped off the edge, it dawned on me how this may be our future.

Life is now officially in the BoZone.

My daughter Lis arranged this expedition up country.  Her and Mr.Man could have gone alone or asked friends closer to their age.  Instead, they asked BA and I to come.  After all these years, my daughter is and will always be my best friend.  Thank you.  BA and I needed last night. 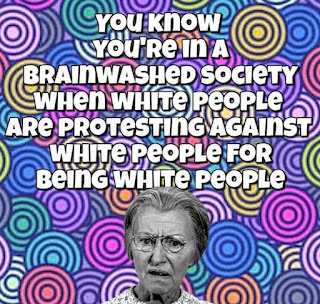 The following  is a post I placed on my Facebook page.  A Facebook bud from Texas decided to ignore its thrust and attempt to criticize me for criticizing my own race.  Not sure he meant it, but he completely lost my point when he posted a silly image in the comment section.

"The years under my belt have turned me into a cynic. The trend of White Exceptionalism has taken many hits over the years and yet it is still with us, buried even deeper within the systems White Folks created to mask its existence.


Every decade or so minority anger has flared up. White platitudes and empty promises of reform only amounted to the echoes of those promises blowing out to sea.

When I am wearing my cynic's jacket I often wonder why we should consider this time any different. Promises spewed from the lips of our leaders have never lived up to their hype.

But then my anger at leadership's inability to bring about real change diminishes and I become hopeful once more that maybe this time it will be different.

Hope does indeed spring eternal. I am proof of that."

I was saddened to realize that not only did he not get my point, his focus on race pride was even more disturbing.  My message being lost as he knee jerked himself to defend the "White Race" told me many of us White Folks are being deliberately and willfully ignorant.

Unless someone reminds me, accuses me, or I look in a mirror, I rarely think of myself as a member of any race.  My racial curse or my racial blessing means less than nothing to me.  And until it means nothing to everyone else on the planet, no matter their race, religion or ethnic ancestry, this country, this world will continue on its way as a crippled species that cannot get out of its own way.