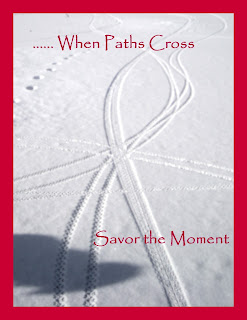 Every few Christmas Seasons, I forgo the store bought route and create my own gifts.  Because not everyone on my list might need or even want a bird house crafted from recycled materials, I turn what creative juices are still flowing to making and mailing home made Christmas cards.  My only rule is to use images I had a part in, either as the maker or the makee.

I have created more than a few over the years with mixed results.  But for me it is more the quality of the feeling I put into them than the quality of the final card.  From my crude beginnings using construction paper and kindergarten glue to what I have sent this Season, my intention is always to convey my best and let them know they are in my thoughts.  Is that not what this season should be all about?

The two image card above/left was a bitch to come up with.  I had these two images I knew I could do something with.  I wasted some ink before I came up with the final product.  It is non-denominational, non confrontational, and multilateral in that there is no bias, just enjoy your personal connections, at least for the moment.

Anyway, just thought I would share what I am doing for Christmas. 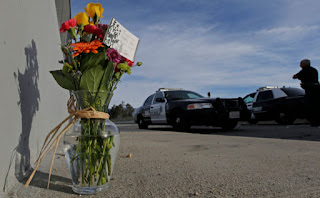 And now we have to deal with endless mind numbing conversations by the media about was it "Terrorism" or just another run of the mill case of "Disgruntled employee workplace violence"?

Somehow defining this recent act of violence in San Bernardino  will tell us what level of fear to feel.  If it was just Joe Blow gunning down some workplace bullies, well, no big deal.  But if this is somehow an act of violence created by radicalized local Muslims, well, you better be more afraid. ......... Hmm

Homegrown mass killings happen about every 2 weeks in this country.  No other tier one country even comes close.  Almost all in recent years are disgruntled citizens with excuses not tied to Islam.  We have become numb to them.  We have accepted them as part of our American culture.  I am sure if I asked anyone they would not agree with that statement.  Collectively though, it seems we have.  Now use the word "Terrorism" and suddenly the violence is worse. ............... Tell that to the families of the victims of any kind of senseless violence.

Senseless violence has escalated in the USA.  I have been trying to get my mind around the why for many years now.  I think it was the Oklahoma bombing that slapped me out of my complacent mindset.  It was that heinous act that made me realize that no country harbors more wackos than our country does.  And to be more concerned about imported violence from outside our borders than the violent acts planned and executed by our own citizens was foolish.

Instead of trying to find a comfortable definition for our violent ways, maybe we should try to figure out why our citizens are so prone to using violence to make a point. 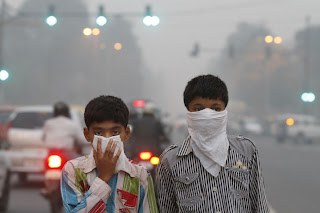 So the World's big wigs have assembled in Paris to feed lip service to the problem of Climate Change.  Some guy from China calls for the World to address this pressing Global problem, while back at home the sky over Beijing is no longer blue and the masses keep face masks ever ready to filter out the worst of the coal grit on their daily commute to and from work.

Some flounder from India calls for better technology in dealing with coal emissions before they hit the streets, while back home, India is constructing a new coal plant a month.

And now that Exxon and other big energy users and creators have been caught lying, the naysayers have finally stopped trying to use bad science to try and hoodwink us into thinking the climate is not changing.