A phrase many of us use to deal with the frustrations of a world that constantly conspires to work against us.  I have used it myself on occasion.  Like so many blanket statements, the term does not mean "a perfect world" for all.  As it stands, it is used from a personal perspective without regard for anyone else's take.   Using it drops us into a fantasy world for a second.  In order for all of us to agree on the perfect world, we would have to collectively drop 20 or so IQ points and join the Republican Party.  Of course, dropping 30 points would make the perfect world according to the Koch Brothers easier to achieve.  But I refuse to become a total drooler.

Once again, my mind decided to go its own way.  I  had every intention of retaining control of this post, but well, uh, I have failed to do so.  Five or so sentences into it, my contempt for the political Right got the better of me.  In a perfect world, this would not happen.......

Thankfully, I do not reside in a perfect world.

Don McLean and the High Schoolers 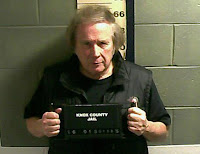 I was never into Don McLean.  By the time his music caught on, I was way past Pop and looking down my nose at anything on the Top Forty hit list.  My music very rarely hit the Top 100.

Regardless, what is now happening to this man pisses me off to no end.  The Heydays of his musical career now well behind him, he and his wife Patrisha have lived quietly normally for the most part since 1984 on the coast of Maine.

Recently, he made news of the domestic violence kind.  There had been some inter relationship dust up between he and his wife, Patrisha.  She claimed abuse and had ole Don arrested.  By the time news leaked out, Patrisha had attempted to withdraw her complaint, but the wheels of justice had been engaged and they needed to run whatever course this kind of case indicates.

Okay, several things worth noting here.
~ The word is both Patrisha and Don enjoyed going toe to toe.  Some marriages need the support of an occasional dust up in order to survive.  I watched my parents do it for years.
~ This case involves a celebrity so it gets entirely more attention than it deserves.
~ The fact that Don has only been arrested and not convicted matters little to the small minded culture we have in this nation.

And now some high school students in Massachusetts have asked that a scheduled concert at Barnstable High School on Cape Cod be canceled.  Calling him a bad role model, or in other words, finding him guilty before the facts have been chewed and spewed by the court system.  So much for the grand American illusion of  "innocent until proven guilty".

Seems to me that since this involves high school students, the civics lesson to reinforce the notion of innocent before guilt has not only been lost, the opposite has been firmly implanted for future use as these dumb ass school children get on with their lives.

How many lives have been ruined over the years because of unfounded allegations, accusations and outright lies that have been allowed and nurtured into reality, while the Truth languishes in the shadows with no one covering its back?

Email ThisBlogThis!Share to TwitterShare to FacebookShare to Pinterest
Labels: Music 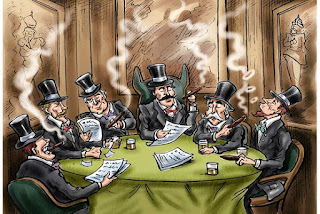 The peons are restless.  The planet is restless.  Throughout the Inner Sanctum where unquestioned omnipotence  is taken for granted, ripples are just breaking the traditional calm, threatening to overwhelm the current status quo.  The rich and powerful have ratcheted up their paranoia in an attempt to forestall any effort to take from them that which they feel entitled to.

Munching nervously on fat cigars, what they say to each other in hushed voices in backrooms never sees the light of day.  They would not want the lowlifes they lord over to know that they don't give one shit about anything but staying in power and keeping the money conduits flowing to their pockets.

They keep us fractured into partisan camps with lies, deceit and the myth that they themselves are on one side of the fence or the other.  Ideology is nothing but a wedge they use to divide us.  Reality for them is some bottom line entry in their personal ledgers.  They tell us anything they hope will keep us off our guard and on edge.  Distracting us with over stated or non-existent threats to our physical and mental well being, the issues that concern most of us take a back seat to the issues we allow them ownership of.

After all, we are nothing but herds of cattle milling around the slaughterhouse yards waiting for the Judas goat to lead us to the butcher block.  Because we allow them to own the messages and our spirits, we deserve just what they are doing to us. 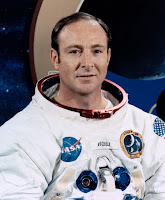 Call it whatever you will, a moment of weakness, a passing curiosity, or just another masochistic urge that needed to be scratched.  I recently got sucked up into the vortex of one of those Internet deals offered up after conducting totally unrelated business of another kind.

I had purchased some small parts for my ancient Makita drill.  Just before I was about to move on, a window popped up offering me great rewards if I filled out a survey (promised to last only a few valuable minutes - they lied) regarding my recent purchasing experience.

In full Homer mode, I punched the "sure, why not" button.

The survey itself was short and simple.  Once finished, I eagerly punched the "now reward me" icon.

A lifetime later, I emerged almost whole again with just my ego bruised, and happy that I had only dropped $8 to regain my freedom.  I reminded myself that answering surveys on the web is  a recipe for misery and that there is no such thing as "free" on the Internet.  If it ain't money, it's at the least time paid, and always a price paid for the stress tied to knowing you have been snared and hope that chewing off a leg is not the only option left.

It had been years since I actually had a magazine subscription of any kind.  I regularly missed the actual feel of paper with words on them.  I looked forward to getting my first mag in the mail.  So far only Time and Rolling Stone have turned up in the mailbox.  This Old House and whatever other mag I signed up for have yet to mingle with the junk mail.

Now that our nation had become hooked on getting their information in 60 second bytes off screens large and small, I expected these newer versions of periodicals I once read to be lighter in content and size than what once was.  I was not disappointed, but I was still surprised at just how much lighter in content and size they were now.  But I guess that even the fact both Rolling Stone and Time are still fighting the good fight is testimonial to their dedication to the time honored tradition of killing trees in order to keep us informed.

Don't get me wrong, I have no problem with killing trees as long as we plant new ones to take their place.  But I'd be a much bigger fan of the pulp industry if they switched to Hemp.  An annual plant harvested makes more sense than one that takes many more years to mature before being worthy for the pulp bowl.  An acre of hemp yields as much pulp as 4 acres of trees, is recyclable up to 8 times versus the 3 times wood pulp can be recycled and it outlasts wood fiber paper by centuries.  Seems to be a no brainer.  But then what do I know?

Anyway, forgive me for sidetracking.  My point of this post has yet to even be posted and now I sit here and wonder just what the Hell was my point in the first place......................... Uh, ................. Oh Yeah,  I wanted to talk about values, specifically the values Americans have in their hearts and minds against the real world values their actions and lifestyles indicate.  And then look at the subtle ways the media tweaks our values by what and how they present their dribble for consumption.

Time has a a two page spread entitled "The Brief".  Chock full of factoids, anecdotes, and notices, it can be consumed and digested in less than 5 minutes.  Of course there is an obit section, notices of the passing of important people once of the present, now safely ensconced in our past.  In the issue dated 2/22/16, the 3 most recent obits were the 6th man to walk on the moon, the author of Georgy Girl, and some real estate developer of apparently noteworthy renown.  And who do you think they decided warranted a picture and not just a 30 word mention?  Yeah, that's right, the real estate salesman. ...................... Hmm.

I decided Edgar Mitchell deserved better so that's why I used his name in the post title and his image to start the post.  Hands down a dead astronaut rates higher in my book than a dead rich land developer.