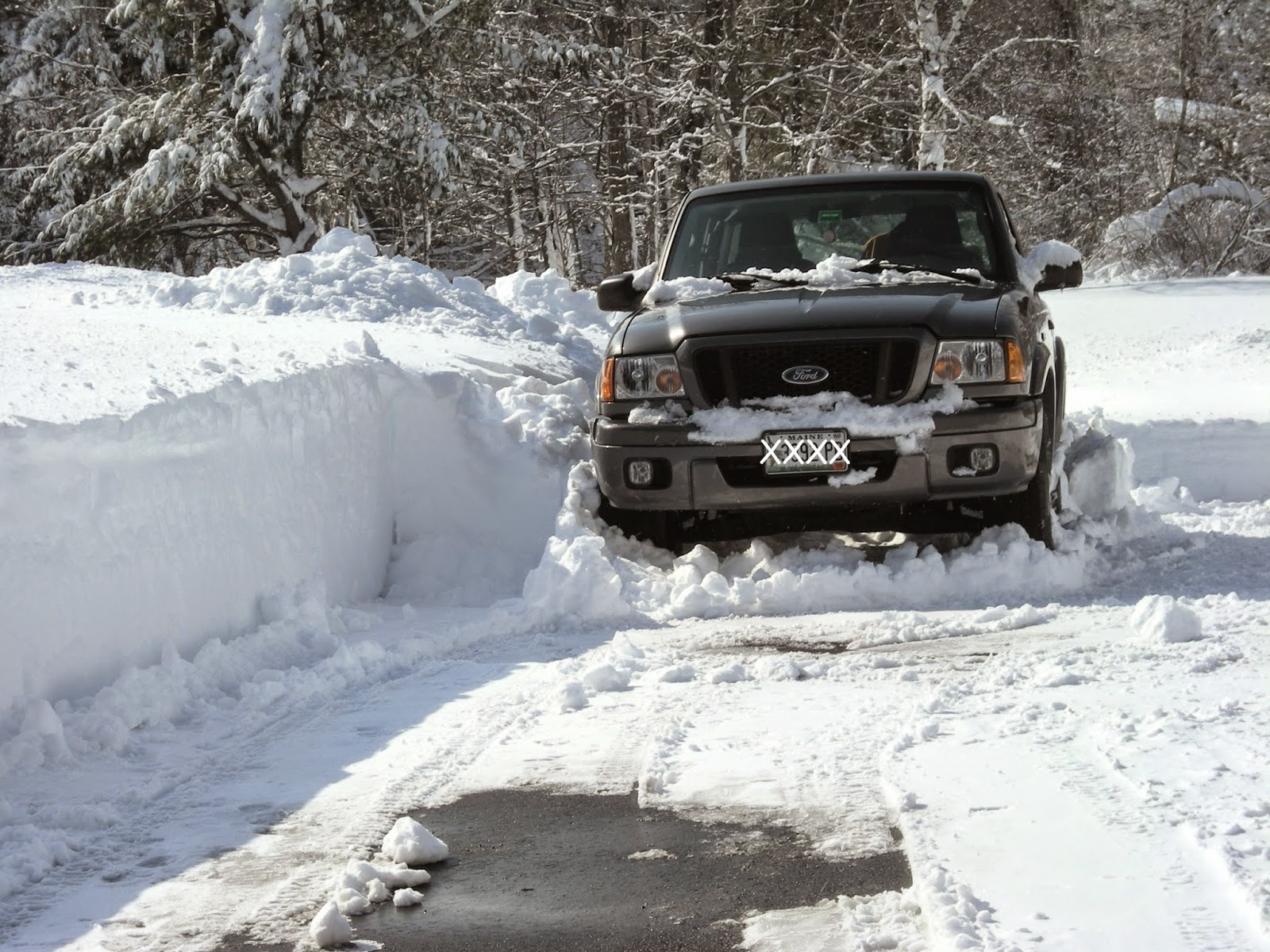 BBC asked me in the comment section of my Rudy post if things were going well.  I was not sure what he meant, so I am going to wing it with,  Fuckin Snow !!!!!!

With the added insult of another 5 inches of white crap yesterday, it would seem this winter is making even the hardest core Mainer sit up and pay attention to it.  It is beyond normal here.  I tried to look up snowfall totals for Acton and all I got was "not available".   Since I stopped keeping track a couple of weeks ago, I am sure we are in the 5 foot plus range now.  When we switch from inches to feet it means there is a shit load of snow out there.

Today, we are suffering the first heat wave of 2015.  The thermometer sunny side of the homestead read 52 whoppin degrees Fahrenheit.  And even though the thermometer  on the north side indicated a more realistic 24 whoppin degrees Fahrenheit, it was warm enough for me to blow snow not lookin like a toddler in a snow suit.  Of course we are supposed to see the temps drop past zero again.  Oh well, I'll take what I can get.

All this snow has a political side.  Yeah, I just had to bring up politics.  Anyway, most all town snow budgets for the winter are tapped out and are now taking healthy chunks out of the snow removal budgets for next year.

This brings sharp perspective to the plan of our governor, Front Page LePage, to shift more financial responsibilities back to the towns by not sharing the wealth accumulated by the state.  From everything I can gather about his over the top complicated new state taxing scheme is he wants Maine to become New Hampshire East.

The towns with the fancy high priced homes and deep pockets will benefit, while the towns dealing with the typical rural Maine lukewarm times  will find themselves even further outside the trickle up economy so many on the Right think will put us back on the top dog financial status we once enjoyed.

Lepage has the balls to say his new plan is simpler and will create a more "business friendly" environment when trying attract more businesses from away.   Losing the income tax and replacing it with an expanded sales tax of 6.5 % that would include most but not all service businesses to add a tax to their bills.  Lawyers would need to collect a sales tax, but doctors wouldn't.  The tow truck guy would have to add 6.5% to his bill, but the garage he hauls your car to to get fixed would not.  ....... Simpler?  I don't think so.

I know the pols always pad their expectations with grandiose benefits thought up by the people who push the new whatever it is.  But using this "taxation template" conjured up by some Winger think tank outside our state does not serve the specific needs and expectations of our state's population.  An almost identical taxation plan was implemented in Kansas a few years ago has not come close to living up to it's hype.

Lepage is trying to sell the plan as good for all Mainers.  Bullshit.  This new plan heavily favors his rich puppet masters while leaving the average Mainer with less jingle in his pocket.

Apparently the bloviating leadership of the Right is on another birther type quest to create new truth from facts not in evidence.  Obama was talking about terrorism and I paraphrase, he stated that religions don't cause terrorism, people cause terrorism.   While I do believe people use religion to excuse their terrorism, Obama is right.  Responsibility, no matter the excuse, is owned by the folks blowin shit up.

Rudolph Giuliani, the Republican weasel in residence,  caught this speech or was led nose first to it by one of his faithful boot licking minions.  He is sure now Obama Man does not love America, and what it stands for.  He follows it up with ... "He doesn’t love you. And he doesn’t love me. He wasn’t brought up the way you were brought up and I was brought up through love of this country.”

Again with the presumptions of the Right;  we are all of the same mind and background and we all grew up in the same neighborhood as the Beaver and the rest of the Cleaver clan.  Love of this country does not mean blind allegiance to a single ideology.  Love is complicated.  Apparently the Right does not want to recognize that fact.

I would respond to the former mayor of New York that given the current Republican platform, it is the Right Wingers who hate America.  And once again, I am reminded to turn the sound down when one of them climbs up on their daily high horse.  For whatever is coming out of their mouths is either nonsense or another whopper of a lie.

Just Another Sunday Buried in Snow 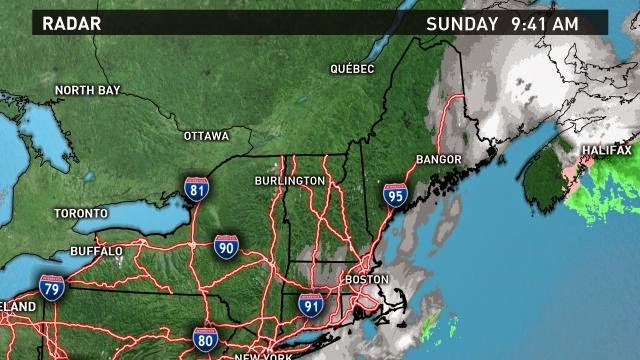 I guess we dodged a bullet.  The two storms did not come together and fornicate.  They went their separate  ways.  One got huffy and headed up to beat on east Canada leaving us with nothing but the huffy part.  The other one decided "What the Hell", might as well give it my best shot."

I cannot really tell because of the blowing snow, but it looks like we may have only received about 6" to 7" instead of the possible 20" plus had the lovemaking of the two lows actually happened.  I am grateful.  My snow blower is grateful.  And my dog is grateful.  She's a squatter, not a lifter.

Because there is nothing worth watching on the tube and its colder than a fart in a dead Eskimo outside, I had nothing better to do,....... Hmm ........well I am sure I have many things better to do, but I decided it would be better to do them another time.

Anyway, I surfed the internet highways and came upon a new trend among uber elite and super rich.  Apparently, rather than taking some of their wealth and applying it philanthropically to forestall the upcoming societal breakdown, that wealth is being used to purchase safe haven getaways and fancy bomb shelters.  Citing riots that have broken out throughout the world because of the growing inequality, land is being purchased in New Zealand, islands in all the oceans are being snatched up, and bomb shelters are being planted in remote areas of the country side.

I am not sure what to say here.  It seems to me that if society breaks down around the globe, owning a bomb shelter or an island getaway will not save them.  If society breaks down, the imaginary wealth they have stashed in imaginary accounts will be one of the first things to go poof.  Eventually they will need to re-supply and what do they do then?  If the ship sinks, I am pretty sure we will all go down with it.

Email ThisBlogThis!Share to TwitterShare to FacebookShare to Pinterest
Labels: Bozos, Maine, Silent Conquest of Ourselves, Weather 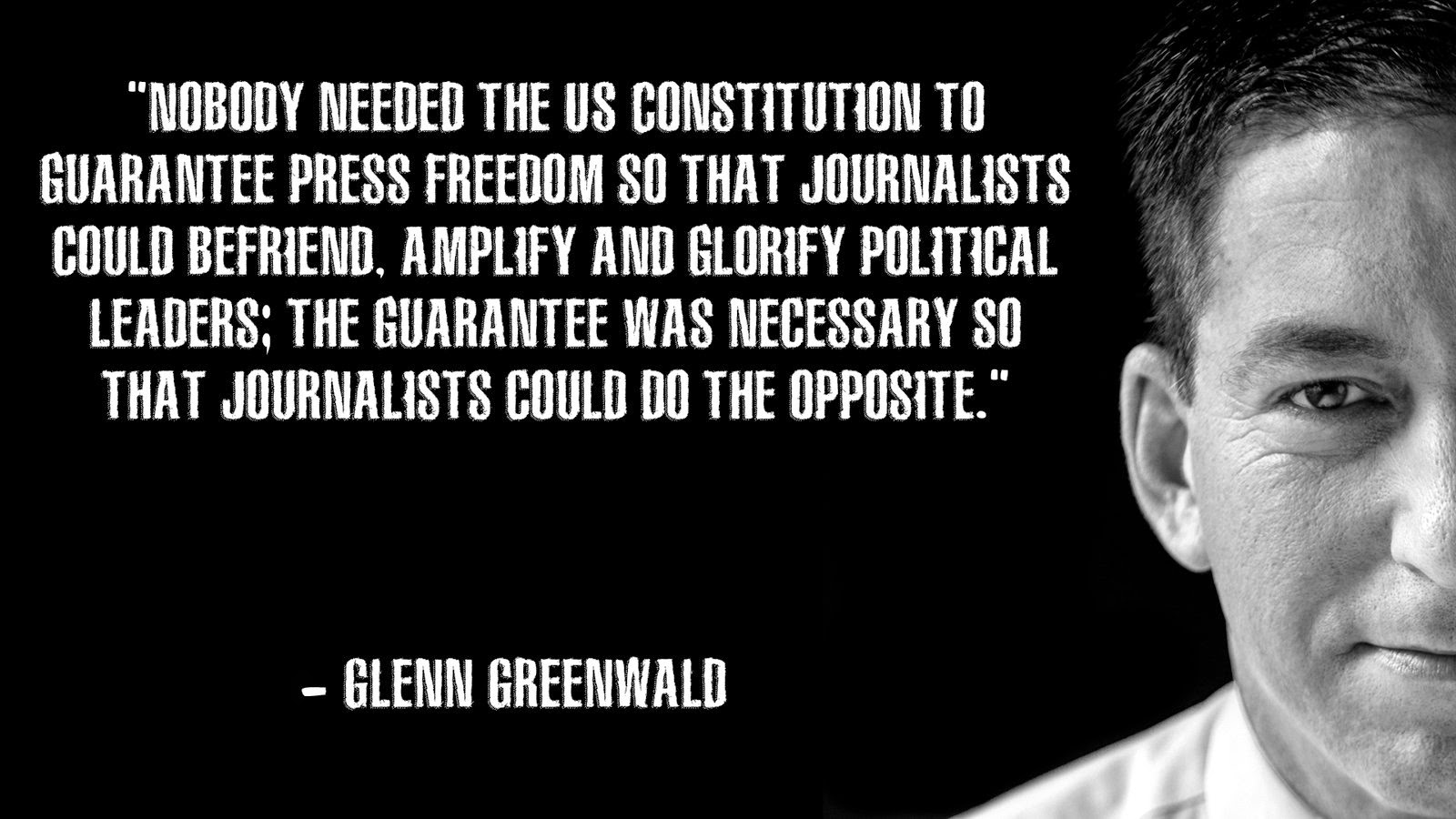 You like to claim you are dependable purveyors of truth and objectivity.  You often use specious ethics, yet claim the moral high ground insisting that without you, the Truth would never see the light of day.  You spew words like Freedom of the Press to impress upon us the importance of your existence.

No, make that double Bull Shit and a side crock of shit to go with it.

Okay, so I guess I have established my view of any organization that claims to be part of the Fourth Estate, what we now days call the "News Media."

Of all the news organizations out there I used to depend on for at least some semblance of objectivity, I am now reduced to two.  And one of them I am becoming very suspicious of.

It really does not matter which two they are.  What matters is I have lost respect for all the rest.  The larger the news organization, the less I trust them.  News media today has become no better than the rags we all see cluttering the racks at check out counters everywhere.  I am at a point where I have more respect for the those rags than the holier than thou fair and balanced lean forward losers who twist the news to satisfy agendas hidden safely away in high rise corporate board rooms.

Deliver us please from your unsubstantiated he said she said's.  Stop using parsed quotes to bolster outrageous claims and ferchrisakes, stop snookering us into believing they are guilty just because their name came up.   When turmoil is rampant, instead of stirring up our fears, maybe just report the news and let us create our own fear.  Or not.

You assholes should be ashamed of yourselves.  And yes, there is a pecking order in worst of the worst, with Fox News setting the new lower standard most of the others are now trying to capture for themselves.  When ratings and money are more important than honoring your supposed oaths as news people, then you have become nothing but another kind of entertainment like the Housewives of New Jersey.

Email ThisBlogThis!Share to TwitterShare to FacebookShare to Pinterest
Labels: Pop Culture, Sanity, Silent Conquest of Ourselves 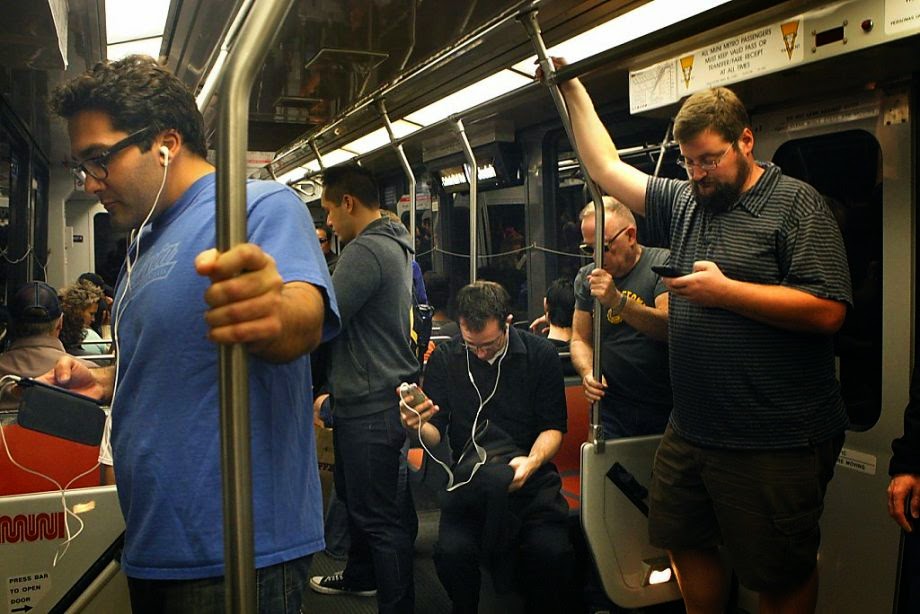 One hundred thousand stand next to and on top of ten foot snow banks to watch their heroes as they float by in duck boats in the bitter cold.  Many stand with their backs to this parade holding up their smartphones hoping to capture a selfie of them with one of their heroes as they pass by.  Immediate download to Facebook is imperative so their FB circle knows just how hip they are in this moment.

The parade is over now.  Thousands of spectators climb aboard the T and other mass transit conveyances to be deposited in the various communities that crowd the Boston city limits.  Though they have come down to Bolyston Square with other friends, once on the T, no interactions or conversations take place in their group as they sit hunched over their electronic devices, tweeting, texting and checking apps for what is trending that was not trending an hour ago.  The train car is eerily silent except the occasional "Damn" or "Shit" when a signal is lost or a battery dies.

And somehow we call this Progress.