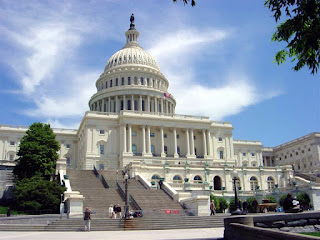 Getting back into this blogging game is coming harder than I thought it would. I have started several posts, but gave up on them for one reason or another. Too tired to finish, what I wrote didn't even interest me once I read them, or I just could not get comfortable stealing time away from all the other crap going on in my life at the moment.

Yet the urge to write still exists.

Just what the Hell is the problem? We have had no problem raising it at the drop of the hat in the past. Now all of a sudden there are those folks who would try to force this country into fiscal responsibility in one drastic measure. We cannot fix the damn economy overnight.

The argument that the solution is with spending cuts alone is patent bullshit. Of course we need to cutback our free spending ways, but we also need some kind of new income stream to stoke the fire. Closing loopholes and asking the income bracket we bailed out not 3 years ago to share some of the rewards they garnered on our dime seems appropriate.

Anyone who believes that taxing the rich more is flirting with disaster is either rich or clueless in my opinion. Yes, it took us 40 plus years to dig this hole we are in. The negative result we are experiencing now though seemed to pick up steam as soon as Bush the Lessor instituted his tax cuts. Trickle Down Economics did not work when Reagan pushed it, and it has not worked since. All it has down is pour money into pockets already flush with cash with no tangible rewards for the majority of the country.

I am so sick and tired of hearing how important and entitled the rich are I could spit. Instead of stepping up and making sacrifices the rest of us have been forced to make, the rich folk have dug in their heels and basically told us to pound sand. It seems Congress agrees.

About as useless a crew as I have ever seen take up space inside the Capitol Beltway. No matter what party we belong to, we should all be thoroughly disgusted with the lot of them. Ideology has completely taken over from pragmatism. What's good for the country not even on their radar. They are so wrapped up in butting heads over policy, nothing is getting done.

One of my Senators, Olympia Snowe, sends me a monthly(?) news letter entitled "The Snowe Report". In it she focuses on all of the issues she is concerned about. Her latest report gave the current gridlock in DC only a passing mention while she pushed the notion that a balanced budget amendment to the Constitution will solve all our fiscal problems. The majority of the report then became nothing more than a public relations effort to show her as an effective legislator. She stopped being effective years ago. All of them stopped being effective years ago. Bunch of jive talking losers in my opinion.

I voted for the man. And even though he has disappointed me some since he was elected, I will vote for him again. He seems to be the only voice coming out of DC that is pushing for some kind of solution that will move us along. Whether his ideas have any merit or not, at least he is focusing on solving problems, not just arguing over stupid shit and trying to shift blame. He acknowledges that mistakes have been made, but we need to move on. Republicans and Democrats in Congress however seem to only be interested in blaming each other or Obama for the mess the country got itself into.

We are all responsible to some degree for what we have now. That is the nature of a democratic culture. The prosperity of the population rises or falls based on the choices and attention we pay to the process. Demanding change is worthless unless all of us are willing to step up and be part of it. Ideology can set our course, but we should be ready to use common sense to help avoid the pitfalls and reefs that course may have in its path.

Back in the Groove? 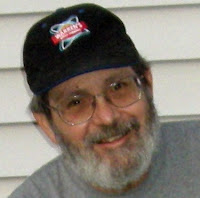 Having been MIA from my blog and yours these past many weeks, I find it difficult to write without serious struggle. I have excuses for my absence. Some are honest excuses and did contribute to the why of why I was away. The Bike Shop, broken computers, and a rediscovered ability to sleep at night pushed me in a new direction and away from being parked here in front of the screen for hours at a time. The other excuses were just me looking for a way to avoid posting when I thought I had surely lost whatever touch I may have had previously.

To be fair, my blog is not the only thing I have been ignoring. I stopped my compulsion to find news that pissed me off. And I gotta say it has been great. I read the headlines, feel a twitch and a lip quiver, then I move on. Regaining control over my own small piece of the World instead of ranting about the world I can never hope to control has helped to calm me down and focus on what is really important at this moment in my life.

But the last 6 years of blogging have proven my addiction to seeing my own words in print, albeit, electronic print. I have always enjoyed writing and am now jones-ing hard to get back to it. Many potential stories, opinions, and general observations have gone by the wayside. It is time for me to find room for my blog again.

Call this my crude attempt to get back in the groove.