A New Level of Stupid 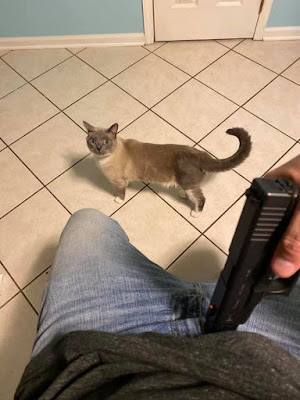 I never anticipated the level of Stupid some of my fellow citizens could attain.  It seems the 2 thousand people who make up a Facebook Group called "Loaded Guns Pointed at Benis" have reached new heights or maybe depths of moronic behavior never before in existence.

Using some obscure and at this point, unfathomable Right Winger Logic, taking a picture of  themselves pointing their handgun at their crotch somehow "owns the Libtards".  Regardless, it appears that finally someone ruined the fun and shot their sack.  Fear not though, these rugged individuals gave the hero a big "atta boy".  That'll show them dirty Liberals who is serious and who is not.

The madness gripping my country at the moment is really beginning to do more than just worry me.  Each new day with Trump in charge of the tensions between us makes sure we hate each other as much as possible.  The animosity is so thick it cannot be cut with a knife.  The only way I see our anger with each other dissipating is by wearing it out until both sides are just too exhausted to carry their cause's torch another inch.  And given the entrenchment tenacity in play at the moment, it will be years before we see any serious bipartisan cooperation like it used to be.

The new normal is beginning to take shape.  Fight it wherever you can.

The Originating Article from BroBible

Email ThisBlogThis!Share to TwitterShare to FacebookShare to Pinterest
Labels: Bozos, Facebook, Politics, Pop Culture, Sanity, What is there to say? 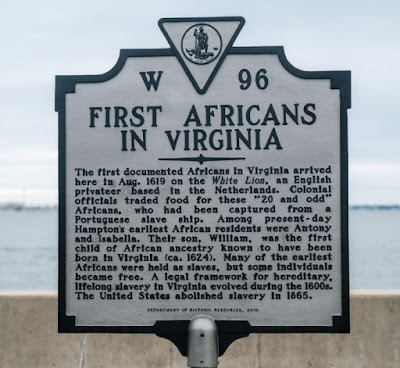 With a new school year pending, one of the many irrational gaslighting notions coming from the Right is back near the top of the Winger Fears of the Week.  The 1619 Project.  Mention it in the wrong place and eye balls don't just roll, they may even fall out as the afflicted grab their heads in mortal fear of the new Libtard attack on their mindless Father Knows Best, Life is a White Paradise state of mind.

It seems the 1619 Project  aims to change the Nation's historical narratives proud White people consider sacrosanct.  Anything challenging the popular but inaccurate rendering of how the USA became and is still becoming rattles their many cages which are now comfortably numb to truth , facts, and what the American Way should have been and should be today.  Throwing Black folks into the mix is like adding fuel to an already blazing fire.  You can almost hear those proud White sphincters nationwide pucker up hard.

I became suspicious of historical accounts after I experienced 12 different school systems before I graduated high school.  Each state had their own twist on their regional history that may or may not have jibed with a state somewhere else.  In Virginia, I learned that Virginia had always been the Center of the Universe, not just during the Revolution and later, the Civil War.  In Florida I learned that the most important thing to happen was some Spanish dude looking around like a moron for a fountain of youth.

I realized that history is not only written by the victors, it is being constantly re-written by those in charge.  Historical accounts are always in a state of flux because of new facts and more importantly new perspectives that come from viewing the past through different lenses than the lenses of those who wrote the first, second, or even third version.

Fear of the 1619 Project is nothing but another Right Wing tempest in a tea pot.  Calm the fuck down.  Any new version of History taught in schools has to first make it into print.  And to make it into print, it has to be approved by the school systems in the various regions and states.  So no matter how radical the 1619 Project seems, we can count on a mostly watered down version at best.

That said, it is well past time to re-write our history to include a more honest narrative regarding Native Americans and African Americans.  The popular vision of stalwart heroic figures fighting the oppressive Red Coats is over stated.  The saga of a noble war being fought over "States Rights" that left over 600,000 soldiers dead from both sides needs to be updated.  And possibly the most egregious of them all, persuading ourselves that robbing and killing an indigenous people carried with it some level of  moral superiority.

So many of the truths and facts of our past have been conveniently ignored, denied and re-framed for a G audience that we have no real clue about what and why things panned out as they did.

A healthy Historical rendering is one that is constantly looking for more of the truth and less of the fluff buried in those events that made us what we are today.

White history is only a partial history. 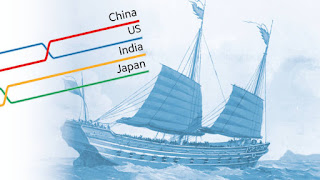 I hear folks whining about the poor choices we have for President this time around.  I agree. Neither one of the top contenders are ideal.  But we need to step back from the disaster we created for ourselves in 2016 when we allowed a complete idiot take over the White House.  The damage he has done will take years to clean up.

Right now, we need a responsible gatekeeper, a practical man who will work to restore sanity to the national insanity that currently has our nation in its grip.  Joe Biden does that for us.  He is our check valve, our pausing moment while we figure out just how much damage Trump and the Right have done to our country.  Once Trump is gone, we can begin bickering over the details of putting us back on track.

Regardless, the US is no longer the power that it was through the last half of the 20th century.  Trump and Covid19 have made sure of that.  As part of our healing process Americans will need to own this reality and do it quickly.  We keep floundering and thrashing around wasting time pissing on each other's feet while the rest of the World is already months ahead of us in what is now the Asian Century.

Stop wasting time worrying about what we once were and focus on what we want to become.  Because the days of being the only big dog in the dog park are over. 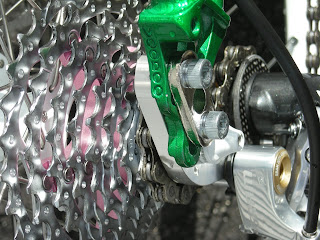 Turning a deaf ear to the obnoxious noises coming from south of here down there inside the DC Beltway where the empty suits reign, I have decided that tonight I would sip Evan Williams whiskey from my 100th anniversary Stainless Steel Stanley Flask.  And to fill those empty moments between swigs, I'll slow scroll through my FB feed and listen to music turned up to Wow.  I will know I have reached full on, in your face inebriation when the music is no longer heard but rather felt through the hairs standing up straight on the back of my neck.

More than a few swigs later, I realize I just don't care anymore.  The alcohol has done its job.  Tomorrow, I'll pick up where I left off, restack the worry, the fret, pack up my anger, and fall back into line like the rest of the citizens who don't dare to guess but still worry what tomorrow might bring.

My new normal is starting to fit me now.  I am coming to grips with a different Reality packing different rules than the ones that ran things not even a year ago.

I think we have finally arrived in the 21st century.

And BTW - the image has nothing to do with the post.  I just liked it.  It's a close up of a personal custom build I put together over a decade ago now.  I loved that bike.
Posted by MRMacrum at 2:01 AM 2 comments: