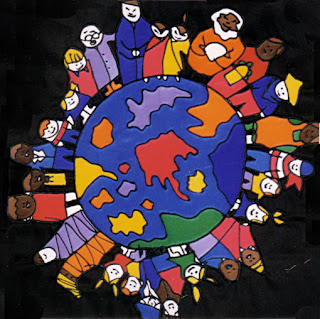 Last week I remembered  that my 7th year anniversary with this blog was coming up.  I thought it might be nice to write a post on that date making note of the auspicious occasion.  As I am the only one in charge of keeping track, it is so very typical that I blew it.  I have regularly forgotten more important dates than this one.  My wife's birthday comes to mind. Two years in a row I blew it.  The second one is still brought up as ammo by her when she needs to take me down a peg or two.  My daughter's birthday, more than a few wedding anniversaries and even my own birthday several times have been lost in the clutter I call my mind.  Unless someone mentions I missed them, I often do not notice for a week at least.


But over the last couple of years my track record has improved.  Wishing to keep up the good work, if only to satisfy myself, I checked my archived posts and I could have sworn the 7th anniversary fell on December 23.  All week I had planned to say a few words and maybe have a shot of Ezra Brooks to celebrate.............................Well I'll still have the shot.  I'm due anyway.

The anniversary was three days ago.  Now I know how my wife feels.  Okay, so I really don't.  But I have at least an inkling of  anticipation disappointed.  As it turns out the anniversary ended up being what it should have been anyway.  Just another day on the planet.

7 years is a long time.  Not a lifetime, but a decent chunk of time.  Certainly worth noting if nothing else.  What may be of more significance are the number of posts I have published.  This will make post #1046 once it goes out on the air waves.  Think of the bandwidth I have consumed.  Think of all the wasted hours typing words that have had no real impact on anyone but myself..

The point originally, the initial reason I began this blog was to write and hopefully become better at it.  1047 posts indicate that I did write, and the over 5000 comments I have received tell me I at least had someone's attention some of the time.  And while I have no good reason to pat myself on the back, I will anyway for one reason and one reason only.  I have connected and had conversations with people all over the world.  That in itself is worthy of a back slap.

To everyone out there, thank you for sharing your time with me.  May all of you be well and maybe before the New year take a moment and appreciate just how awesome this Internet gig really is.  Thanks for stopping by.

Hope your christmas is peaceful.

We blog because we have something to say - and we have to write. You undersell yourself when you say your post aren't important: you connect with a lot of people.

wow, 7 years. I read read about someone celebrating their 9th anniversary, blogging.

You write very well, with vision and humor.

Glad you found my blog and I found yours.

Hope you go for another seven years. Good reading.