Acrimonious confrontations increase as more of the population confirm their allegiances.  Before, it was all talk for the most part without the action.  Now people are dying and have been since the man of loud hair and diminutive penis fooled the flag wearing loud and proud he was their guy.

His drooling minions shout "Wait a sec.  What about you lowlife progressives accosting our idols while they break bread in public?  Awfully unChristian, dontcha think?

Progressives and others not under the spell of this new Satan scratch their heads trying get their minds around the false equivalency of killing folks and ruining meals.

Meanwhile, standing under the wing of one of his planes, the Oramge Man with the diminutive penis gives a news conference in the rain.  Later when expected to offer up deep and concerned words of sympathy and hope regarding another mass killing on his watch, he speaks of his bad hair day.  Then he reaches for the letter of condolence one of his stooges wrote.

Email ThisBlogThis!Share to TwitterShare to FacebookShare to Pinterest
Labels: Bozos, Politics, Silent Conquest of Ourselves, The Perfect Man

Will You Be My Friend 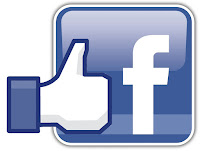 Lost deep inside the social morass for weeks, our intrepid hero finally emerges from the oppressive shade the crowd had created there.  He takes a deep breath and realizes that for the last two weeks he has been holding his breath as he scampered here, there, and everywhere searching for someone to connect with.  Oh sure, he had friends and has had friends for years, but there's nothing like a new friend, especially a new friend on Facebook.

Our world traveler takes a few moments to make sense of his recent trip.  He would alternate grins for grimaces as he replayed the previous few weeks in his mind.  But mostly, memory of that time forced a grimace at the many embarrassments and stupid questions he had asked and then regretted.

He smiled.  "You know what?  Fuckem,  I'd do it again, but maybe next time pace myself."

Our man reacquaints himself with the real world.  He puts away clean dishes, pours water in the dog bowl, and opens the refrigerator to see if anything inside strikes his fancy.  He knows he should be hungry, but he's not.  He's an old fart now and knows hunger is on a new schedule not tuned to the biorhythms of his past.

He pulls a Tupperware bowl out and pops the top. He lifts it to his nose.  Damn! That tidbit from a meal long ago ain't passing the sniff Test.  Our hero opens the garbage can and taps the ingredients of the bowl out, then tosses the bowl into the sink.

It occurs to him around the fifth spoiled leftover bowl, he has lost some time and more importantly, lost some of his connection to the here and now right in front of him when he finally opens his eyes.  This realization shakes him to his core.  Reality was what he had worked so hard over the years to avoid.

Now he was back and so far it wasn't so bad he guessed.  After spending a couple of weeks prowling other neighborhoods, he realized no one out there in the Internet ether has any better clue than he does.  We are, as it turns out, all just Bozos on this bus.

He came away from his brief interlude between Life and whatever else is out there feeling much better about himself even after so many detours over the years from his straight and narrow plan thought up while drinking shots of Tequila with a beautiful young lady on the dunes of Mission Bay 40 years ago.

(Hold your breath and read the previous sentence.  That  is what I call long winded.) 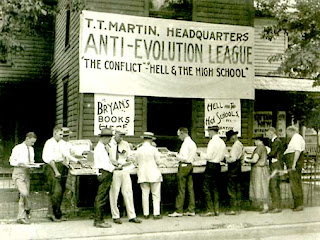 I am constantly reminded of the circular nature of History, especially Stupid History, and our species' ingrained blind spot to it.  Reality is Reality and nothing we humans can do will alter it.  But we do have fun messing with its interpretation.

We often ignore reality,, choosing instead to live in a fool's paradise.  We change our perception of it to fit a conceptual notion of what it should be.  Then we teach it to our children and they grow up and either find the truth or perpetuate the myths.

It would appear that this is just human nature.  Bullshit.  The smart people know what they are doing.  Controlling the actions of the peons is always the end goal.  Altering facts and issuing empty promises has worked for millenniums.  As a group, we are nummer than a bag of pounded thumbs.  We are just lucky every other critter on the planet is not equipped to do it better.

So, down in our bones, we know that history repeats itself.  Time is an 8 track loop and though the clothes and idioms may change, we seem determined to repeat the same stupid shit time and time again.  The crap we keep dredging up seems to rise to the surface of the cesspool of stupid causes every 100 years or so.

Take Evolution.  It was roughly 80 to 100 years or so ago it kicked Genesis to the bench and became the star player in American schools.  Without the rise of science in our schools, we would not be the economic and scientific juggernaut of today.  Without science our upcoming fall from grace would have happened years ago.

Now, Genesis and the other silly notions in the Bible are making a comeback as "alternative" theories of Evolution.   Stupidity is on the rise as evidenced by the current political leadership.  Rather than making progress on all of the dangers facing us, they would rather regress and place their faith in a book that has let the Human race down for centuries.

No matter what, we will deserve what we get.  God will have nothing to do with it.

Email ThisBlogThis!Share to TwitterShare to FacebookShare to Pinterest
Labels: A Perfect World, Bozos, Dredged from the Past, Rants, Religion, Silent Conquest of Ourselves

In my absence there has been much to discuss, much to consider, and much to just shake my head and walk away from.  I chose walking away.

There's nothing to discuss really and very little to consider regarding the fools we fools put in charge.  Folks have their minds made up.  I know I sure do. Not much benefit to be had from preaching up my own choir.  We have all settled in around our tribal campfires and are enthusiastically whipping each other up into a lather.

I'm tired of it.  Yet, like an accident I might pass by, I just have to look at the chaos left in its wake.  Not writing I thought would help me rein myself in some.  When agitated as much as I have been over this national clown show, my agitation is all I write about.

Unfortunately, not writing is leaving a hole inside.  Combine this with trying to remain calm in the face of multilateral stupidity and what I am left in is shut down mode.  Shut down mode sucks.

So I leave you with a few words regarding that which I am trying hard to not write about.  Seems I was almost successful. ........ At least I touched base.