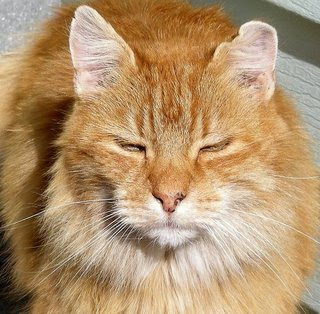 I had intended on a vehemently critical diatribe regarding our President and his total failure as President......  Instead, while perusing images buried deep in the gulliwots of my 'puter, I ran across Bob.  Seeing Bob made me crack a smile and diverted my bad impression of Life at this moment to a trip down the lanes where memories reside.

Problem with memories is I never know what lane I will end up on.  Keg party or pity party.  Never know going in.  Cheers or tears, memories keep me connected to the here and now by reminding me of where I came from and who I ran into along the way.

And Bob sits in the forefront today.  Remembering his yowl he called a meow made my smile turn on the tears for a second or so.  Our often indifferent co-existence broken when he needed us.  He knew where home was and he checked in often.  But much of his life he spent out in the pucker eating what he killed.

His head butts were not gentle.  His idea of petting was more of a beat down.  No, Bob was no Nancy Cat.  And he sure let me know when he had had enough.

Bob was a bad ass.  Bob took no shit.  He was indeed a warrior.  If you were included in his circle, you had a friend for life.  But don't piss him off.

To this day I miss him terribly. 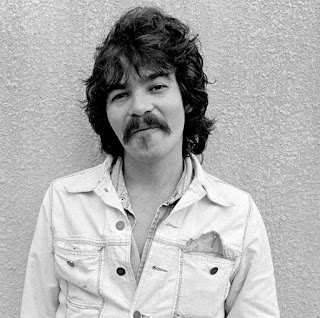 There are no words I can convey

There is no more sadness I can share
There were no more songs that touched me
As deeply as his did. RIP.

I only caught John Prine once.  It was in a Dallas Honky Tonk and I was between driving tours for SHOWCO in 1977 I think.  Good whiskey and his music was a night I remember to this day.

This is how I remember him then.

A couple of favorites - Enjoy

Screaming Fire in a Crowded Theater 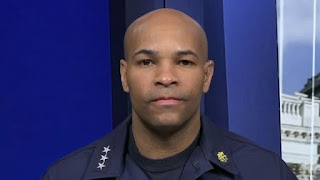 I am in a quandary as to why some Trump official idiot decided to add fuel to the panic fire of Covid-19 by warning us that this week will be "our Pearl Harbor Moment"?

Okay, I get it that this week could be some kind of peak and that we should acknowledge the possibility of a worse week than last week.  But if the absolute lack of real knowledge shown so far is any indication, the so called experts are working with incomplete data and best guesses based on previous situations that do not cleanly dove tail with Covid-19.

Use of common sense seems the only accurate advice we have.  Stay the fuck home.  Keep people away and sit tight.

What really bothers me is the use of the term, "Pearl Harbor Moment".  Covid-19 was not a sneak attack.  The Trump administration saw it coming and did next to nothing to address it in the absolute crucial early stages. They even called it a hoax.  But, if we have any faith in our outrageously expensive and massive intelligence industry, someone in government had to know about Covid-19 at least by mid to late December of 2019.   Some analyst nerd buried deep in the bowels of Fort Meade or Langley, VA was watching this and writing reports back then.  If they weren't, we should shit can the whole intelligence network.

To assign a term like "Pearl Harbor Moment" in my opinion is trying to subliminally place in our minds that they, the Trump administration,  were caught with their pants down.  They weren't, but the citizens were.

The term "Pearl Harbor Moment" should have never left the lips of the Trump lackey who used it.  The Media should not have latched onto it as a "sky is falling" moment.  What I like to see from our leaders, including the press, is factual transparency and deliberate calm without hyperbole that amounts to screaming "Fire" in a crowded theater.

Maintaining calm wherever possible is almost more important than the pandemic itself.  We will live through this.  But how we act while it is here is what will determine much of what we end up with in our future.

Killing in the Name of Crosses 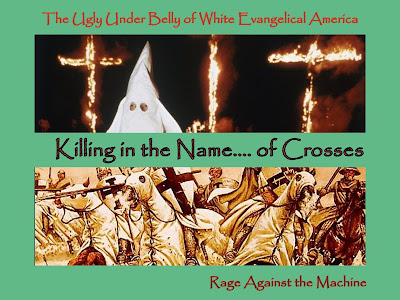 So yesterday I wiled away my day puttering here and puttering there.  Then I took a break from the drudgery of doing nothing in particular and focused my attention on my Facebook feed.  I came across 2 music video's posted by a fellow who obviously had a bone to pick with Christianity, America, and everything in between.

One of the videos was "The Revolution Will Not be Televised", by Gil Scott-Heron.  It is an angry slam poem from the Black Panther days in the early 1970's.  I had not heard it in years.  It caused the few remaining counter culture hairs on my body to stand up straight.  Like some Dr Strangelove parody, I had to resist throwing my fist in the air.  Blast from my past for sure.

The tune is as relevant today as it was in 1971.  The World stage may have shifted and the actors may have changed, but the message is the same.  America is not, nor has it ever been, the perfect sanctum of Democratic ideals.  We are all equal, only some of us are more equal then others.  (My apologies to Orwell and Animal Farm)

The other music video posted was "Killing in the Name....", by Rage Against the Machine.  It is a very political in your face "Fuck You" aimed at contemporary White America.  They pound their point home with a sledge hammer.  Great tune if you like head bangin.  If you do, turn it up to WOW before you punch it up.

And though both tunes are really racial in tone and aimed at White America, I had to twist their meaning to fit my own chosen narrative and a favorite go to target, Evangelical Christianity.

The militant Evangelical branch recently crawled out into the light, invited by Donald Trump in his quest to find as many adoring fans as possible.  The hypocrisy and stupidity of the Evangelical extremists is now in full view for everyone to see.  Problem is, will anyone really care?

Though their inflexibility is their weakness, that does not make them less dangerous.  They are focused and armed with the incontrovertible proof of the Old Testament.  We best be watchful.