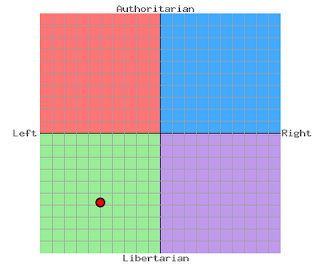 After 59 plus years on this planet, I should know enough about myself to never say never.  Or in this case never promise to not write about politics.  All it ever does is get me all in a tizzy and sour my outlook on what the boneheads in DC are doing at any given moment.  But like a fly drawn to shit, I just cannot keep my mouse from hitting links of the political kind.

I made this promise to myself along with other promises to resist ever present Web generated enticements that would divert my focus from the very real task of trying to pull my bike business up by its bootstraps and get back on the road to profitability.  It worked for a couple of months.  I guess I should be happy about that.

So anyway, I wake up most mornings, sip on coffee and spend some time perusing the news as the Internet sees it.  Until recently I have successfully just skimmed the news that is sure to get my bowels in an uproar.  News about political stupidity, religious stupidity, and any news that focuses on celebrities and who they are banging or not banging this week.

That doesn't generally leave me much to read, so I am done scoping the news before that first cup is drained.  I then switch my computer time to time dedicated to making my bike shop run smoother.  Build orders, check my bank balance to see what checks have cleared and whether the credit card charges from a few days ago made it safely into my account.  I spend time searching for new products and vendors who supply them.

Somehow a series of links found me looking at "The Political Compass".  It is a website that insists the traditional Left/Right designation is not enough to really pin down a person's political bias.  Hmm.  I was intrigued.  Finally someone else out there feels as I do.  Claiming anyone is a Left Wing libtard because they are Pro Choice does in no way mean that is what they are.  Just as thinking anyone who is for Gun Rights is not enough to label someone a Wingnut from the Right.  People have all sorts of conflicting views on things and pigeonholing them based on the flash point issues doesn't tell the whole story.

They set up the political bias as an Axis chart.  Right/Left as the horizontal line and Authoritarian/Libertarian as the vertical line.  Doing this they claim allows one to locate a truer representation of where one sits politically.

After answering 5 pages of questions, it was no surprise to me they had me Left of center but favoring the Libertarian view on Life as it should be.  What really caught my eye though was that Mahatma Gandhi and I seemed to sit on the exact same spot.  Or at the least we were within ear shot of each other.

I found it odd he was as close to Libertarian as he was.  But as most of us seem to do when knee jerking,  I am prone to see things in one dimension at times also.  I guess it makes sense he would fall below the line between Authoritarian and Libertarian given his lifelong battle against what could be considered an Authoritarian government at the time he lived in.  The British may be polite now, but back in the hey day of the "Commonwealth", they could be damn brutal when the need arose.  And Gandhi did spend his whole life struggling to kick their butts out of India.

My only complaint about this test is the same tired complaint I have about all tests of this sort.  The answers I had to choose from did not always accurately cover my take on the question.  But over all, I would say as tests of this sort go, this was one of the better ones.  And once again I have confirmed what I always knew about myself.  Keeping the government out of most of our societal interactions is the way I would like to see the World spin.  But we need some structure and guidelines to keep the sleaze bags who would take advantage of the rest of us on at least some kind of leash.

Too Much of a Good Thing? 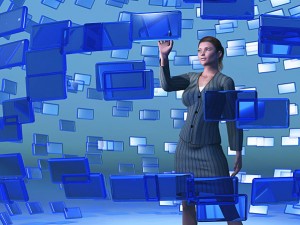 Wrapped up tightly in our virtual worlds, we are protected from the drudgery and boredom of the Real World that lurks just beyond the electronic veil we have encased ourselves in.

Dad misses his kid's first steps because he's busy answering an email from a coworker on Sunday morning regarding business not even considered yet, but considering it on Sunday gives them a jump on when it might come up on Monday.   But have no fear, Mom caught Junior's stumbling first steps on her I Phone and can download it later for Dad to see when he's ready.

In the meantime a lovely daughter crosses the yellow line into oncoming traffic on her way to the store to run an errand for the family.  Her text asking a friend how her previous night of partying went, more important than steering safely through the suburban traffic hurrying to the local strip mall for groceries needed for that one meal a week together many families hope for, but when they sit down, the meal is taken in bites between electronic bells and tunes ringing from everyone's cell phone.

A pedestrian is mowed down by a granny taking a right turn with one hand while she pokes at her GPS screen with the other hand instead watching the road.  Her explanation to the officers answering the call, "The gadget told me to go right, so I turned."  The pedestrian lays crumpled and broken with his brand new Blackberry clutched in his right hand.

Grand kids sit pasty faced and bulging at the seams on the couch in front of the 50" HD TV in the basement gaming and giving their thumbs the work out that should be given to their legs and lungs.  Trees stand outside unhappy and sad that small legs wearing untied sneakers no longer hang from their boughs.

Face to face conversation has become rare.  People are more comfortable revealing their secrets to the whole world via Facebook, Twitter, electronic forums and of course Blogs.  Factual news has become nothing more than opinion disguised as fact spewed from countless web sites hoping to re- write history and push fringe notions on what is right and what is wrong.  Using 30 second sound bites and video blinks, we decide the fate of the physical world our bodies exist in and then retire to the safety of the virtual world we have created for our minds.

Relationships become electronic and long distance allowing each lover to satiate themselves as they will without concern for the electric lover they imagine is real.  Giving an employer 8 hours of work is resented and often abused as 4 of those hours are spent connecting with interests and friends from our virtual reality.

At some point, virtual becomes real, and we reject the world we were born into.  The Real World is nothing but a tedious chore we have to deal with.  We have always known we had no control over the Physical World, but we can control our virtual one.  Or so we think.

Once the inventors, purveyors and providers lauded this new World Wide Web as the wave of the future that would finally bring the World together.  Now that it has become part and parcel of our human condition, many have decided that we have a longer road to unification because of it.  Concern for the general welfare mutating and breaking down into a selfish myriad of apprehensions over minutia and we focus on finding individuals who share our exact mindset.  Thinking that because there are a million people who share our self centered take, we refuse to entertain the notion that diversity is what got us here and we decide that only our way is the right way.

There is always chaos and uncertainty in the beginning of a thing.  And so it seems chaos lurks at the end.  We have some time I think to figure out which end we are at.  But I won't hold my breath.