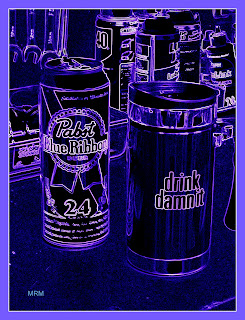 I know, I know.  I've been MIA awhile now.  No excuses.  Been busy .........Damn busy.   The bike shop has not been this active in......well, I guess it has been long enough that I just can't put my finger on it.  I am certainly not complaining about the serious uptick in business.  Now I just complain about being a beat, dog tired, tuckered buckaroo 24/7.

The image represents what has been keeping my candle flickering at both ends.............the poor man's speedball, Caffeine and Papst Blue Ribbon Beer.  One to keep the engine revving and one to take the edge off and keep me from red lining.

Apparently I was in the throes of a deeper funk than even I realized.  For several years I guess, I was lost, down, pissed, and hating my business.  I blamed the economy.  The economy certainly did not help matters.  It's tough to bring a smile to work when I knew the door was not going to open much.  But to be fair, we make our own way and I had made mine.  I lived down to my expectations.  Can't make much progress that way.

I won't bore you with the details, but once again, I look forward to the daily grind at the bike shop.  I used to love to work.  Apparently I still do.  I just had to work through some mental, emotional, private, don't even know exactly what it was stuff.  I can't say with any certainty the black dog is behind me for good.  He is at least on a tighter leash now.  Seems I have regained some control of the rowdy bunch inside.  Or maybe they just got tired of complaining. 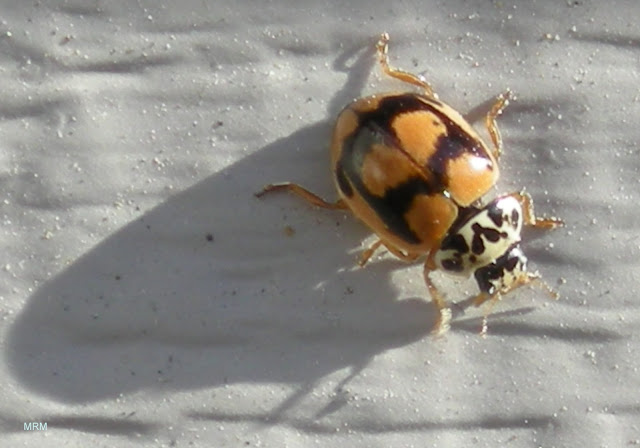 My little friend above is one of the many beetles we have here in Maine.  I have no clue what beetle gang  he hails from.  He just showed up the other morning clinging to the side of my shop near the back door waiting for the Sun to turn the corner and warm him up enough so he could continue his journey from wherever it was he was to wherever it is he is going.  I hope he makes it.  His actual size is maybe 1/4 inch.  He certainly cuts an imposing well dressed figure when blown up 30 or 40 times.

Anyway, just a short note to let everyone know who cares I am still here and will post as I can.