The horrific events that unfolded in Paris yesterday find me dealing with emotions I have felt before.  Though this terrorist activity took place in a country far from here, all I can think of was how I felt after 9/11.  France has my sympathy and condolences.  There is nothing else to say.  At least, I do not know what else to say, just as I did not know what to say for several days after 9/11.

I took a break from this post and collected myself with a quick walk out in my dooryard.  The brisk air and the beautiful sunrise did not help me find my thoughts nor any peace.  Within me swirls rage, sadness, and confusion.  I want revenge.  I want to do to them what they want to do to us.  But I can't.  I am not wired that way.  And it pisses me off.

Email ThisBlogThis!Share to TwitterShare to FacebookShare to Pinterest
Labels: Religion, Sanity, Silent Conquest of Ourselves

Early AM this morning I sat down here in front of my computer and pounded out 1000 words or so regarding the current political season.  It went something like this............

Purged and emptied of the most egregious bile eating a hole in my gulliwuts, I went into the kitchen to brew some coffee.  I had every intention of returning to the office to fine tune my rant and then place it out here in the Internet Ether.  But one thing led to another.  One of the cats puked a trail of vomit necessitating a twenty minute clean up, which then forced an unplanned use of the washer in the garage, which forced me to move the wet clothes from 2 days ago to the dryer.  But before I could dry the wet clothes, I had empty the dryer and fold the clothes that had been sitting in it also for the last 2 days...............  Long story longer  .... I lost control of my morning.

Funny how necessary unpleasant chores can purge one of negativity as well, if not better than a good rant.  By the time I had finished the drudgery, Donald's prune face and Carson's mealy mouthed whining became but a distant memory.

I still wanted to post something.  Now I wanted to be more upbeat.

My wife began a conversation as she faced her own morning drudgery.  I nodded in agreement at the appropriate breaks, laughed at the right moments, and appeared to be intently following what she was saying.  ........................... I cannot even relate what she was talking about.  I had fallen into my "Yes Dear" mode.  Physically in attendance while mentally lost my own  Guy BoZone.

As she spoke, my mind focused on the species Woman and what they mean to me.  Words came out of her mouth and all I could do was think of  how odd and different women are from men.  That our species has made it this far relying on two different sexes is pretty amazing if you ask me.

As one thought begins and ends, it will often lead to another.  The natural progression of my thought turned to which gender was more crucial to our mixed success as a species.  Adjacent and nearby, I also wondered why we ended up with patriarchal cultures pretty much planet wide.  Yeah, yeah, I know, men hunt and protect the tribe, women bear children and tend the homestead.  What a bunch of bullshit thought up by me and my kind. 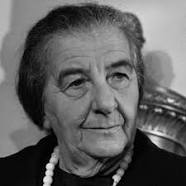 Male physical domination works okay for the four legged folk, not so well for us two legged kind.  At least it ain't working like it used to.  The fair sex is pissed off, riled up, and generally demanding we guys treat them as equals.  For the life of me, I don't get why the male half is resisting.  Just does not make any sense to me.  The half with the best survival sense is not allowed to exercise it.  I firmly believe that more women should run more countries, companies, and armies.  The myth that women cannot be ruthless when needed is based on some fantasy some zipper thought up years ago.  Golda Meir, Margret Thatcher, and Joan of the infamous Arc come to mind.

Women are infuriating and give them half a chance, they will dig into your essence and take over.  Yes, women use their sexuality in a reward/ punishment cycle to get their way over us sex crazed males.  But I have to say, women are the backbone of our planet.  Without them, our species would have self-destructed eons ago.  When times are tough, women seem to dig deep for the strength to go on.  Guys are more likely to bail, or just give up.  I think women have a deeper commitment to survival than men.

Even though I will never understand the female half of our planet, I will always appreciate their existence.  Without them, we would up the creek without a paddle.

Email ThisBlogThis!Share to TwitterShare to FacebookShare to Pinterest
Labels: Sanity 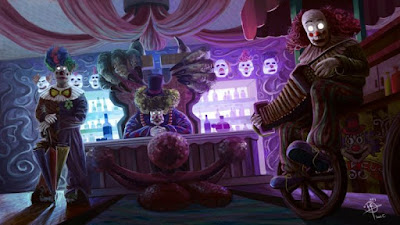 Last February I decided to stop paying so much attention to the events unfolding outside the safe perimeter of my small corner here in Maine.  Life barely made sense here locally..... forget the madness in play out there in the Real World where an international Clown Circus was doing their best to force the planet in directions the masses probably would not like if they took the time to pay attention.

So I tuned out and turned my focus inward............. selfishly inward.  I would like to say I had some Eureka moments, but that just was not so.  I did slowly work myself into a healthier lifestyle and am currently in the next phase .......... trying to trust the medical profession again.  Personally and professionally, I am in a better place than this time last year.

Okay fine.  So what the Hell was the World doing in my absence?  I decided to check.  .............. Hmm ......... Guess I should not be surprised that nothing has changed.  Life continues to be an unnecessary struggle for most because of the material and spiritual greed of the few.  I see no positive movement from the clowns in charge.  Lifting up is just lip-service rhetoric to mollify while cronies empty the house into a van parked in the alley.

And yet I remain optimistic.  No matter how much we humans try to screw things up, somehow enough of us make it through to face another day.

My question is, is there a limit to how many screw ups we have left?