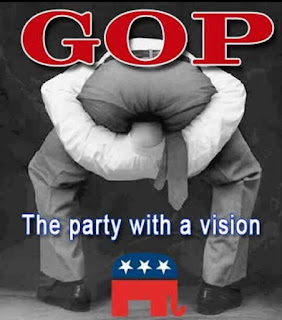 I have no problem with someone having conservative views.

What I have a problem with is a political party that has lost any notion or clue of their ethical or moral base by supporting a leadership so evil, sleazy,self interested and traitorous , they are causing real damage to the institutions of our government.  The USA is taking some severe hits because of the G.O.fuckin  P.

The spineless GOP honchos have no problem with sucking up to a foreign power who once said they would destroy us.  To them invasion of our cyber borders is not traitorous behavior just like Iran/Contra was not treason either.

They think the criminal residing in the White House is okay, Their idea of bipartisan is to fall in line, its their way or the highway, while they do everything they can to undermine any perceived threat to their majority status. 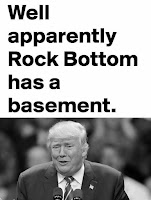 All the while they insist they are closer to God's ear than anyone else and know what real patriotism is because they wear a flag pin and bitch about people exercising their kneeling rights when listening to the national anthem.

The G.O.P. has no clue what a good citizen is or the stewardship they were elected to practice.  The Leadership should be ashamed to show their faces in public, let alone open their mouths. 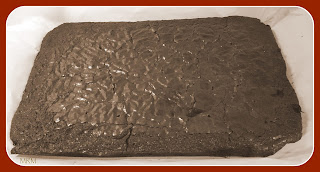 So, I just put a batch of pot brownies on a cooling rack and set it on top of the refrigerator.  This is the third batch I have made since October, 2017 when my wife discovered she had breast cancer.

It isn't that she has no AMA approved prescriptions to deal with the deep down in her bones pain during those first few days after a session.  Among the countless new bottles of cancer associated drugs she has collected, there is the obligatory to any self respecting collection of man made drugs, a bottle of opiate based pain pills waiting to not curtail the pain, rather just create a "I don't give a shit" attitude.  And you still wake up with severe debilitating constipation.

The bottle sits unopened to this point.  We have decided to attack the pain, sleeplessness, and general bad attitude with Pot.  And so far it seems to be working as well as anything to come out of a lab.  Upping her intake of brownies as needed with a little help from Tylenol seems to have made this journey tolerable for her.

A heated debate from just a few years ago is now beginning to simmer down as Cannabis claims rightful presence in the cornucopia of acceptable white folk medicines.  I hazard a guess that the benefits found once serious eyes hover over serious microscopes will be awesome and cause many tight ass ministers in the AMA some serious embarrassment.  And even though government will never apologize for ruining people's lives for years because of their use of what will turn out to be a major source of j\healing wonders, well, godammit, they should, fuckin assholes.

And yeah, I use anecdotal evidence to support my use of Cannabis.  It isn't second hand evidence. All the evidence I need is what I have personally witnessed after 20 plus years of helping folks score and use pot to help with cancer, Parkinson's, and severe back pain.  The factt that it is a hoot to use is but a side benefit.

Spark one up.  Life is too short to criticize something you might not understand. 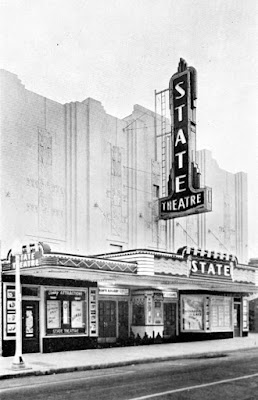 The State Theater was located on the north side of College Avenue between Monroe and Adams Streets in Tallahassee, Florida.  I remember it well. It was just four blocks down from the Travelodge motel my father managed in the immediate years after he retired from the US Air Force.

Being from a military family who moved at the drop of a hat, exploration was always first on my agenda.  Knowing the layout of the land was an imperative first step in acclimating to new surroundings.  Having a movie theater just down the street seemed a good place to begin.  I would start there.
The family's military lifestyle did not prepare me for the  nastier aspects of the world I would now exist in.  My parents and I had become used to the protective bubble a military life offered.  There was no such thing as segregation in my world up to that time.
I stepped up to the ticket window and bought a ticket. I remember the black woman inside the ticket booth asking me not once, but twice if I was sure I wanted to go into the theater.  I was adamant.  I was 12.  It was Saturday and I was burning daylight while the matinee was well into its first serial.  She handed me a ticket.  I went in, bought some popcorn and a coke and went into the theater.  Not long after I had settled into my seat, I sensed a presence settle into the seat behind me.  The presence leaned over the back of the seat next to me and whispered, "Boy, are you sure you are in the right theater?"
I turned and there was a very unfriendly looking black man staring at me hard.  I remember being frozen and slack jawed, unable to respond.  I was scared shitless but did manage to tell him yes, I was in the right theater.  I lived just down the street at the Travelodge and my name was Mike.  I ended with, "We just moved here."
"Son," his voice had become friendlier, "you really are in the wrong theater. ....  You need to leave.  We don't want any trouble here."
I stood up and looked around.  It finally dawned on me there was not one white face there other than mine.  And it seemed to me all eyes were focused on me and not the screen.
I left and walked the four blocks back to the Travelodge.  When I got home, I told my dad I had been kicked out of the theater by a very scary black guy.  He looked at me.  He did not ask what I might have done to deserve getting the boot.  He just sighed and told me to blow it off, we would talk later.  I think he knew but had forgotten how the real world worked.
Thus began my exposure to the very real and ugly world of segregation in the US South in the early 1960's.  That summer I witnessed white people beating on black people while white police leaned on their cruisers sucking on toothpicks.  I was shamed by a public librarian for drinking out of the wrong fountain.  I was told in no uncertain terms that my kind was not allowed to sit in the back of the bus.  And at a nearby rib joint, I was refused service again because I was white. It was an eye opening coming of age summer.  One I have never forgotten.
Posted by MRMacrum at 9:56 AM No comments: