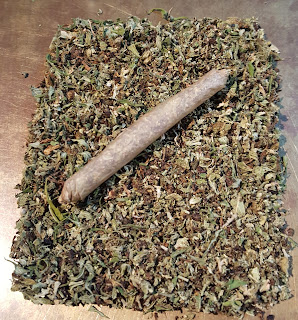 Okay so the title is political in nature.  So sue me.

Seems we all need to be more attentive.  I had obviously become complacent and satisfied that while the Planet was in a world of shit, right here in America, we were stumbling in the right direction.  Seems we have been poleaxed back some recently, what with the ascension to the throne of the 45th President of the USA.  All I will say is, he is a joke, but what he is trying to pull is definitely no joke.  Millions of critical eyes need to be on the lookout.

That is not why I came here today.  It is so damn easy for me to get side tracked from that early morning clear as a bell thoughtful idea for a post to the 4 hours later here and now.  A lot happens in 4 hours in my world you know.  Coffee to make, cats to yell at as I clean up their daily leavings in and out of the litter tray.  Then there is the gazing out the window into my afternoon future that will surely create more wasted sound waves of fussing about blowing snow without a cab around me or how those plow guys just love to plow me in. ............ Bastards.

All that aside, my original thoughts were about the current hip go to word for the pinko liberal commie socialistic losers who won't stop whining and get on the bus driven by a crazy man.

My first conscious act of resistance was after I smoked that first joint in 1965 or so.  I knew within the first minute of those rushes and giggles, the law against Nature's best herb was absurd.  At least it was absurd in my 13 year old mind, given what my reaction was to my first over indulgence of alcohol.  That was not a pretty picture, me being drunk, on my knees and puking up vodka taken straight from the bottle.  If Alcohol was legal, then the Doob should be too.

One conscious act of resistance led to another when I found myself marching against the Vietnam War.  And then it became easier for me to smell something wrong in Denmark and I made low key resistance an integral part of my life.  Where I saw Absurd rules, I broke them when possible.

If a rule makes no sense, then do what you can to change it.  A first step has always been to break that rule.  Seems it was a logical place to start.  Of course one soon realizes there is a cost to breaking rules.  I learned early on.  But I have no regrets.  50 plus years of living a slightly less stressful state of consciousness has been well worth the wrist slaps I dealt with back in the day.

They can make something illegal.  But it won't do them any good if enough folks ignore it.

Email ThisBlogThis!Share to TwitterShare to FacebookShare to Pinterest
Labels: Dredged from the Past, Inspiration, My first Wake up Call, Personal, Politics, Pop Culture, Sanity

The Machines of War

Those of us who survive are left to shed the tears as we remember our dead.  When the departed die for no good reason other than to advance a country's selfish policy, those tears are filled with rage and sadness.  There are no worse tears I can think of.

The young go willingly.  They throw themselves into harm's way with nary a thought.  But contrary to their posturing, their bravado, they are not indestructible.

Things Do Go Bump in the Night 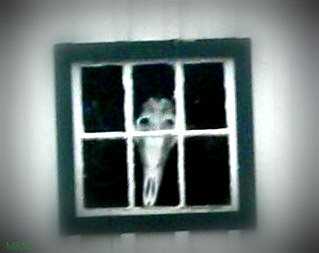 When I was a child I was sure there were indeed things that went bump in the night, monsters under the bed, and closet creatures just waiting with bated breath to snatch me up and take me to their lairs.  My parents would be understanding  but firm about it being my problem, not theirs.  My dad would grunt, "Go back to sleep Bug, there's nothing to fear."

Nothing to fear?  Who was he kidding?  Sinister Evil hung out in every nook and cranny of my room.  But I would suck it up and cringe under the covers until the need to sleep overcame the need to be scared.

Eventually I learned to not fear the figments of my imagination.  Rather, I embraced them,  let them play out their worst case scenarios and then parked them in the dusty file marked "Get a Grip Mike".

Yet even now, when the flashlight is on, those figments often find its beam.

Email ThisBlogThis!Share to TwitterShare to FacebookShare to Pinterest
Labels: Answers to burning questions, Facebook, My first Wake up Call, Personal

Yeah, Why is this Even a Debate? 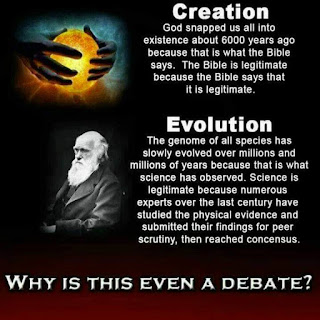 For someone who claims to not care about Religion, I sure spend a lot of time thinking about it.  It is not a top tier issue for me, but it pops into the middle of conversations I have with myself on a regular basis.  .................  Damn Facebook.

The Image to the right popped up in my FB news feed the other day.  And it pissed me off.

I was not angry because of what either the secular view or the theocratic view represented.  I am at the point now where I am just tired of Religion  and anti- religion wasting so much of our time by distracting us from the act of living the best life we can.  Both sides are unwilling to accept that they are possibly not the final answer.

Neither one is the final answer.  You cannot prove the non provable without more evidence from either.  One side uses "Faith" to support their claims.  The other uses theory.  Neither one  is or can be the final answer at this time.  Definitive answers do not exist, and something tells me they never will.

And does it matter in the big scheme, the plan, this trip our species is taking through the flow of Time?  This is a petty and stupid disagreement, God or no God.  Yet because of both, millions have lost their lives over the millenniums.