Try It for Free for Awhile 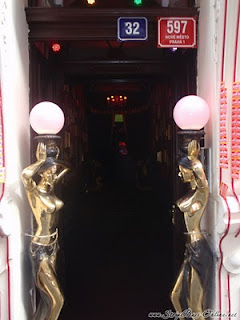 It's 4:35 AM Tuesday morning on February 1st in the year 2011.  Actually I have been awake since 3:00 AM.  Been cruising the Internets checking news feeds, other folks blogs, and doing what I do best, using time as it was meant to be used - in useless endeavors that will most likely not improve in any measurable degree my time on the planet or the time left for anyone else for that matter.

What I saw and what I think now in a knee jerk sort of way:

~ BP posted a loss last year.  Gee that's tough.  But so did I.  Let's talk about who is to blame in both cases and see if there should be a tear drop for either of us.  I created my situation, BP definitely created theirs.  No tears for us.

~ Some Judge in Florida struck down the Health Care law as being unconstitutional...........Hmm.  The gauntlet has finally been thrown down.  About time.  We need to get this behind us.  What I think the Feds should have done was offer an alternative health plan to the ones offered by the private sector.  No obligation, just some new and serious competition to an industry that has us by the short hairs.

~ New York City hired private dicks to go to a gun show in Arizona and buy guns.  Apparently Mayor Bloomberg wants to prove how easy it is to acquire guns in this country without the FBI gun check.   I'm no crazed advocate of the second amendment as it pertains to gun ownership.  But I do know that Americans will not give up their guns without a fight.  And given that in 2007 there was an estimated 88, almost 89 guns for every 100 Americans, I would say any new attempt to control guns would be a larger comedy than our current War on Drugs.  Waste money in an area that might at least offer a slim chance of having an effect.

~ Tom over to "Who Hijacked our country" wrote a post about Huckleberry Hound, the previous governor of Arkansas and his recent visit to Israel.  Seems the Governor is helping the Israelis stir the pot in favor of new Israeli settlements wherever the Israelis want to put them.  What a buffoon.  The Israelis and the Palestinians don't need anyone else to help them screw it up, they have it covered.

~ Of course the madness unfolding in Egypt is still unfolding.  Repercussions to come later.

~ Again Tom over to "Hijacked" posted another tidbit about the Koch brothers and their quest to defeat the evil Left.  Their recent get together with like minded folks in some resort out West was protected from traitorous Lefties intent on ruining their lunch and poolside chats by police paid for by the very stimulus bill the Koch Brothers seem to feel has been a dismal failure.  More hypocritical madness of the Right brought into the light of day and I bet anyone who matters will not give a flying ............ The loyalists of the Right only care about lies if they come from the Left.  And vice versa it would seem.

I looked for something lighter to offset the doom and gloom that greeted me this AM.  So I visited the Good News Network.  The pickings were slim, but I guess any pickings are better than none.

Is good news so rare now days it has become a commodity?  Apparently the Good News Network thinks so.  Like the sleazy guys hanging outside of the strip joints, the front page of Good News tells me I will love it inside.  "Try it for free for awhile", they say.  Once I go in, the drinks cost more than the entertainment is worth.  I figured I paid enough of a cover charge by linking them here.

All of these are the good reasons why at 3 a.m. EVERY morning after waking, I roll back over and let my brain race with it's own nonsense. It does it's thing for about and hour...hour and a half and then gets on with the business of sleeping.

"And vice versa it would seem."

Their name is human.

Mike, you know what you are? I read about folks like you the other day from the Internet security folks. You are a parasite. A parasite is a person who expects things for free from the Internet and the dot coms are looking to root them out. As bad as spammers or phishers, in their eyes.

Me? I just a parasite that has more style—I'm cheaper and make up my own good news, is all. 8-)

On the BP thing the good news is that at least you didn't kill 11 workers in the process of your daily rounds.

Guns or butter? I can't afford either. But with our wild west mentality neither will go away anytime soon. Just keep your head down and you might not get hit in the crossfire.

I'll pass on the strip joint. With my luck I'd get to see the three ugly ones.

I'm not a big fan of guns & ammo except their swimsuit issue, but spot on. (all) People are going to use drugs, and (American) people are going to own guns. Spend the money on other stuff, like teaching cops how not to bust in John Wayne-style when ostensibly thinking of the children, won't someone please, etc etc.

Next time, tell the feds that you don't fix bikes, you fix oil rigs. Fat scratch.

Thanks for the links.

As far as HCR goes, I saw an article a few weeks ago saying that if Obamacare is overturned by the Supreme Court, it would ultimately mean the demise of private health insurance companies. The article was too dry and longwinded so I didn't bother reading it, but now I wish I had at least bookmarked it.

The end of private health insurance carriers -- now there's something for that Good News site you were talking about.