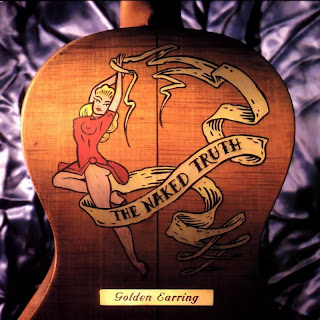 Randal commented the other day that the word "naked" would illicit a higher number of hits to my site than the boring titles I usually come up with.  Being prone to Bush Texas league tactics and cheap shots at immortality, I figured I would exploit mankind's weakness for things unclothed.  To augment the potentially astronomical number of numerical  hits to my blog, I included the word "nude" just to make sure folks knew what they thought they knew about what to expect when they punched up this post was indeed the disappointment they were looking for.

The only nudity and naked truth they may find here will be accidental and unplanned.  Because Truth is never naked and nudity is just something practiced at the Sunny Villa Nudist Park up near Hiram.  Disappointing the wayward googler will be their own fault and not mine.  Google makes no promises.  Google does not judge.  Google just takes you there and kicks you off the bus.

So this is a Test.  Not a test of wills.  Not a test of time.  And certainly not any test that will push my limits to some height never before achieved.  But maybe I will be able to see if indeed blog titles can suck traffic this way.  Of course I expect it will be hordes of nasty ole farts in raincoats, but hey any audience is better than none.

So this post doe not end up a complete and utter waste of bandwidth, I will take this opportunity to post an update that will be of no interest, but I figured I should anyway.

I recently had both of my computers shit the bed within days of each other.

First, the one at the bike shop went.   I unplugged the tangle of wires in the back and lugged it down to South Sanford so Scott could perform some magic and get it back up to speed.  I had picked up one of those virus infestations that are quickly followed, and suspiciously I might add, by a anti virus outfit who must be keeping an eye on me whether I want them to or not.  Bam - the message read "You have been infected with 38 ugly gremlins"......And then a millsecond later, "We can take care of this for $79.95.... Please enter your credit card number in the slot to the left."

"Oh no you don't," I thought.  "Not this time you bastards.  Last time you let me down.  Took my money and went to the bar and got drunk or something, leaving me and my computer high and dry, stuck in the back alley lot computers get towed to when they are found locked and abandoned.

I still had my computer at home, so I really was not worried.  I could still get my fix.  I head home to await Scott's call telling me Life is beautiful again.  Of course with a months worth of chores to do, I go on the computer at home immediately.  The third or fourth link into what I had hoped would be an insightful and educational experience, the home computer spasmed, blinked a few times, belched or farted (one can never tell which is which when a computer does it) and then the BSOD (Blue Screen of Death).

"Damn.  Looks like I have to enter Internet Rehab whether I want to or not."

I give it the hard kill and unplug the tangle of wires it has in the back and wait silently in my chair for Scott to call me to pick up the other one.  Now I am out of computers to use.  I head into my wife's office and consider for just a moment that I might..................And then her twisted and angry face flashes before my mind's eye and I remember the last time my fingers fondled her keys.

"No, not worth it.  There will be no verbal chastising, it will go postal if she even thinks I touched her computer."

So I retreat back to my hovel and lick the wounds my nightmare of rough encounters of the wifely kind have inflicted on my pysche.  Scott calls and I trade computer towers with him and now I have the bike shop computer back.   The home computer, well, maybe Monday he tells me.

So anyway, my appearances for the next few days might be erratic.

Let us know how your experiment works out. Then try something like God, Love, Forgiveness and see what happens.
As to viruses, I use Avast Internet Security and Ad Aware Anti-malware. both are available free but the subscription versions work not bad. My understanding is that the ultimate is Kaspersky. http://www.kaspersky.com/kaspersky_internet_security Which makes sense as I think the Russians write most of the viruses anyhow.

Were the wires and microchips naked? What about the viruses?

We seem to replace the public terminals here more than necessary. If I knew I wouldn't get shitcanned, I could lift one of the not-that-old ones collecting dust and mail it your way. All these kids do is YouTube and surf for nudity just like the rest of us.

Putin's totally going to garrote TBF in a dark alley for his blasphemy.

The "naked and nude" got me.

It never ceases to amaze me that there are Nudist Colonies in areas that when it's warm enough to remove your clothes, the place is swarming with black flies and mosquitoes.

A friend had the virus thing happen to her laptop and she fell for the "Give us your credit card number and we'll fix it." The computer became unusable and they kept charging her credit card over and over again.

Yeah, The word "naked" caught my attention in a microsecond. In fact I will use the word naked in my net post to further the experiment.

I will add that I once entitled an article called "Political graveyard eroticism" and for a long time it had the most hits on the Blogger stat counter. The one that took its place has a picture of a partially naked Orion slave chick from Star Trek.

Why do you think I have pussy and beaver fridays? And if you'd like to see boobies just pop over to Pygalgias' on any Friday. Yes I know it was a cheap trick but as we all know sex sells everything. Much better than violence too.

It's funny that for the past couple of days I've been working on a new illustrated story for my sadly neglected Adventure's Ink blog. Since it's about the first time I appeared nude in public as an artist's model should I expect my stats to rise? Considering the drawings so far, nothing else will rise in appreciation.

I'm sorry about your machines having conked. I hate not being able to visit and surf.

"Naked" should attract a few more web searchers. Politicians who have been in the news a lot, and celebrities who have just died, both tend to bring me lots of Googlers.

Try a title like "Naked Scott Walker Jesus" plus the name of today's dead celebrity (I don't know who that is yet).

I've gone to Microsoft Security Essentials, a paid for Malwarebytes and Avast anti-virus programs (per advice of geeks) on my new unit and so far attacks have been nil, keeping fingers crossed.

Anyway, she looked pretty hot, until I got her undressed, then I decided a pizza was in order.

Don't know what it will do for your hits, Google just tweaked some search things, the bastards.

I always think quality is better than quantity. So, I leave out all the words that will attract the types who are googling words that I never google.

There's nothing more aggravating than a tech problem with your computer, especially when you're hooked on internet guano.

So anyway, my appearances for the next few days might be erratic.

What was the outcome?!!! Did it get more hits? I would assume it would, as it caught my eye.

This is a test.

My apologies to all who commented here. My recent absence due to computer snafus and the business at the bike shop picking up have caused me to drop the ball on my comment follow up. And I have not looked at the Analytics page to see if there has been an uptick for this post..........Wait a couple of minutes while I open another window............Tap your feet for a second or maybe twiddle your thumbs.....I'm checking.

Okay I am really confused now. I posted this on Feb 26 and my visitors dropped to 46 from over 100. And in the analytics top page view report, it comes in at number 40 with only 9 full page views. I just don't understand all this crap.

Screw it. Let other folks worry about who stops in and why. I don't care. I am just grateful for the visitors who do stop by.

Thanks to all for taking time to visit.