A Conversation Between Me, Myself, & I 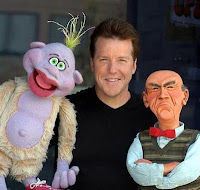 Cynical Man who rooms with the Gullible Fool is sitting back with a crooked smirk on his face, "I told you so you idiot.  Why do you do this to yourself?  Set yourself up like a chump?"

Gullible Fool sits in the corner, his head in his hands.  He looks up and weakly, almost in a whisper, "You should never give up hope."

"Bwah, Ha, Ah Ha".  Cynical Man holds his gut and bends over hard.  He looks up.  "Everything works out in the end.  There are no evil people, just misguided souls.  And that chick you took home last night looks as good now as she did at last call.  Right............You two really crack me up."

"Bring everyone together and sing kum-by-ah?  Right.  Slobbering Do Gooder over there is crying in his beer and you, well you have had another spike driven up your ass."   Cynical man looks at the two of us with a mixture of satisfaction and disdain.  "Didn't I always say.......

"Yeah, yeah, yeah,  all those guys are the same.  They just pretend to be different so they don't lose control, blah  blah blah."

"Am I right?  Come on now, admit it.  You've had 40 years of revolving pick pockets, pimps and whores and you still hold out hope somehow this time it will be different?"

Gullible Fool looks up.  "Hey man, there's good in everyone."  Cynical Man stares him down and Fool puts his head back in his hands.  I throw up my hands and open the fridge to find another beer.

Hang in there.  It's not like we have much choice. 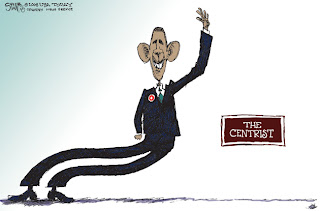 The Good, the Bad and the Ugly.

I think he beats about the bush ...and you know what happens when you beat around the bush? you get a beat up bush.

We could always release the Ebola virus in DC & Wall Street. Just throwing that out there.

Randal - You know, you just tossed up a "Look NSA, look here" flare. Way to go. See if I speak kindly about Cleveland ever again.

Your post reminds me of "Herman's Head," that TV show from the '80s about a guy's four personalities all arguing with each other.

Unfortunately I keep identifying with Gullible Fool. Obama is either setting an elaborate foolproof trap for the wingtards and/or he's gonna come out swinging any day now and we'll all live happily ever after.

Isn't that what bi-partisanship is all about?

I foolishly believed in bi-partisanship once, until I realized that it only exists in that both parties want to protect their big money sources.

Seriously, for things to change things are going to have to get Egypt-like bad. As long as the credit cards work and the bread and circuses keep us distracted no one really cares.

I saw a cartoon on Martin Luther King Day where MLK and Obama were sitting at a table. Dr. King said, 'So that's my dream. What's yours? Obama answered, 'I just don't want to piss off any rich white folks.'

You might as well talk to yourself for all the good it does to talk to others Crum. Our only hope is that slowly, millions of baby-boomers who are now approaching retirement and realizing they've been fucked will light some kind of fire. Fat chance but the only one in our lifetimes.

Tom - I discussed it with myself and one of us remembers Herman's Head.

Obama better come out swinging soon. He's losing us. Now I know how many on the Right felt as they watched Bush skip away from them.

Beach - Yeah, I too once thought "united we stand" was the best way to protect our country. Apparently the two Parties don't buy into that notion. Though they talk it up on TV.

Susan - Even though you moved to that socialistic Hell to the North, I still like you. That's a great Obama joke. A real keeper.

Mr. Charleston - Unfortunately us Boomers have to first own up to the notion that what we have now we did to ourselves. We do that and maybe, just maybe we will demand better.

At times I alternate between the Cynic and the Fool.
Some days I wonder if Obama isn't pulling an 'Ali' and doing the "Rope-A-Dope". But if he wants people to back him, he has to stand and start slugging it out.