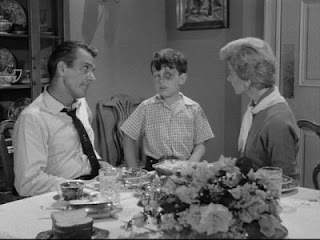 I was wondering what to write about this morning as the Blizzard that rocked the country works its magic outside.  I've fired myself up enough reading and then writing about all the crappy news out there.  I have tried to find good news to write about.  I even considered trying my hand at some more fiction, but for some reason I did not feel the love at the moment.  So I got another cup of coffee, sat down and did my duty.

I visited other blogs with the intention of commenting.  That would be my contribution to the blogoshere today.  Not just lurk, but interact with others by commenting on what I had just read.   Besides, the only other alternative is to go outside and move snow out of the way.  A warm cup of coffee and some light reading seemed a more enticing activity.

It is odd that I feel I can say whatever I want to complete strangers located who knows where , yet if we were face to face, I would most likely be silent.  Somehow I have a misguided trust in the protective aspects of the Internet.  I know it is misplaced confidence, but there it is.  If I were to piss off the right, or rather the wrong person with my often acidic comments, they could find me.  I use my real name and post the town and state I live in.  I have even given out my address more than a few times.  I figure it this way.  I am what I am and hiding behind an alias has never been my style.  If someone wants to haunt me, hound me, stalk me, then I say go for it.  But I do not feel I am a very high priority target.  Just another slob on the Internet who has an overblown perception of his own importance.

I'd say I was just a regular Joe, but that would be incorrect.  We are all different, just most of us are uniformly different.  I feel I am safely inside the lines we draw between crazy and not crazy, stupid and not so stupid.  A face in the crowd you skip over because I'm standing next to some hot babe who really is the eye catcher.

This morning I must have ingested a silly pill or some dufus gas because several of the comments I left came from not out of left field, but outside the ball park completely.  I threatened to drop a dime on someone because their video tour of their basement exposed some glaring electrical code violations.  I also got off on some tangent of hiring a local to take photos of cars running the stop sign at Sam Page Road and Rte 109.  A poem I read found me trying hard to be serious.  I managed to, but it was a luke warm effort.   And then in desperation, I invoked the "Leave to Beaver" emergency comment on Demeur's serious post regarding dominoes and the SOTU.

I, for one, am continually amazed that you ever read my blog. And, knowing your style, I'm always Impressed that you follow my guide-lines when you occasionally comment. Dunno why, but I always picture you buttoned up uncomfortably in a white collared shirt as you write 'em. So thanks for the comments, and especially the effort. If you cross the line of 'crazy' in this case it's because you're a good guy.

Alright! That does it. I know where you live and I'm coming to get you. That is, right after the snow is gone, or, when I can save up enough cash to get there. Come to think of it, I've always wanted to visit Maine. If I ever do I'll look you up.

See, you're not the only one wasting time on the internet today.

I often leave silly or tongue-in-cheek comments at serious posts; or vice versa. Just depends on what I can think of to say.

You and I are about as real as I've seen on the internut. And if camping together in person I'm sure we would get along just fine. I meet a lot of people when I'm camping and we almost always get along great and are in general agreement about most things, even when it comes to some idiot god that many think is out there but isn't.

Hey, the next-to-last comment you left at my place was pretty serious...and welcomed.

So you communicate more easily via internet. Most people do. We like to talk about the trolls and jackasses who use it to say things they'd never say face-to-face, but the flip side is also true: people who cannot find (or may not be willing to use) their voice in person have an alternative tool to communicate and make things happen.

I'd come and stalk you but that would mean going out and shoveling again. I can barely move my hands right now after clearing out from Round 1 of the Blizzard.
Maybe in the Spring. :)

Hey look at all the trouble Wally and the Beave got into over the years.

Me I just get all riled up when I see average Joes like you and me get the short end of the stick. All the while those who haven't contributed two cents to the worlds' gene pool keep dumping on us. You've probably saved enough barrels of oil with your business to power a fleet of buses. While they hop into the Hummer to pop down to the local store two blocks away.

Quick, everyone start stalking! The Twinkies made me do it.