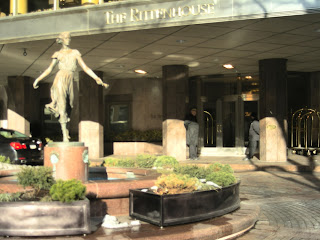 My recent whirlwind visit to Philadelphia is over.  I'm back home nursing the residual effects of too much travel, too much food and drink, and too little sleep.  I am also pleased that this visit to Philly left me with a good feeling.  The trip down was uneventful with the exception of the Boneheads in Connecticut slowing down for no reason from time to time.  The trip back was even less eventful and that was good as both my wife and I were hard into the day after too much imbibement.   Tempers could have flared if we hit a traffic jam.  Never fun to deal with each other's hangover in a small compact on I-84. 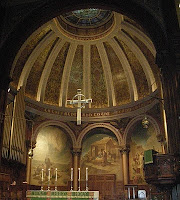 Weddings seem to fall into one of several categories.  One  - wish I never went.  Two - it was the strangest few days I ever spent.  Or - this wedding was one of the best times I ever had.  I have experienced all three at different times.  This wedding fell into the best times category even though I had primed myself early for a bad time so I could whine about it later.  All I have to whine about though is the throbbing head and queasy stomach I brought home to Maine on Sunday.
Two mid Atlantic cultures came together for this wedding.  One family raised on the crabs and beer of the Chesapeake Bay and one raised on scrapple and cheese steaks found between the Schuylkill and Delaware rivers.  Neither family's blood ran blue but all seemed solid multi-generational citizens from their respective areas.  The type of folks who are the bedrocks of their communities.  Tradesmen, professionals, good people all. 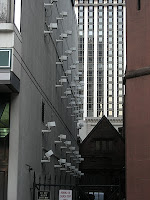 My nephew and his new wife are employees of "The Rittenhouse Hotel" , a five star hotel located on Rittenhouse Square.  All of us from away stayed there and I have to say, there is something special about first class accommodations, though it took me a few hours to get used to some guy wearing a fancy hat rushing to the lobby door to hold it open for me.  The ceremony was held next door at the Church of the Holy Trinity, an old Anglican church with apparently very old stained glassed windows.  Attached to the side of the hotel were a bank of at least forty camera-like boxes trained on the stain glassed windows of the church across the alley.  Once inside the church, the windows glow as if facing an eternal sun and not a 25 story glass and concrete hotel.
The ceremony was poignant and short.  The Episcopal priest was a Brit with a sense of humor.  He did his homework or knew his audience as he invoked Vince Lombardi wisdom into I guess it was his sermon.  It made me smile for sure.  By 6:00 PM I was standing in the open bar line in the Mary Cassatt Room off the hotel lobby eyeballing the row of high end liquor choices.  My first drink was Chivas on the rocks.  White gloved attendants wandered around with trays of choice tid bits skewered with fancy toothpicks.  Adding to the festive mood,  live music from a piano and sax duo filled out the sound created by 150 people talking at once.  "Oh Elsa, I just love your dress" - "Jack here, well he's an accountant over to BJ&M" - "This is your daughter?  Well she's a cutie" .......and so it went.  The ones not talking were sipping on their drinks or choosing delicious mouthfuls off silver trays wandering through the crowd.

At 7:00 PM another white gloved attendant wandered through banging a set of gongs and the throng moved up some stairs to the reception room.  A live band stood on a raised stage and got things rockin early with some great cover music.  I hit the open bar up there for another Chivas on the rocks.

The meal kicked off with a salad and some wine.  The plates were cleared.  A few minutes later some frozen dish with a tablespoon of something in it was served.  I was perplexed.  Someone at our table said it was something to "clear my palate" for the main course.  "Oh, yeah right."  It had been a few years since I "cleared my palate".  The main course was probably the best pork chop ever cooked.  I wanted so badly to grab that sucker and really gnaw on it, but as I was wearing a tie, I restrained myself.  Sometimes the clothes do make the man.  I cut off what I could and watched the waiter haul away what may have been the best part.  Dessert was the wedding cake.  Multi layered gastronomical delight that still lingers in my mind.
My trepidation at visiting a city that has often treated me over the years as an unwelcome guest opened its arms this past weekend.  I managed to skip the ugly side of Philly this trip and find some of the charm that hides under its tough veneer.   Of course any trip with free Chivas on the rocks would be hard to ruin.

My thanks to the families of the newly weds for putting on a top class shin dig.  May Sean and Mary continue with the great vibes their marriage started out with.
Some Images from the Trip

"but as I was wearing a tie, I restrained myself. Sometimes the clothes do make the man."

Uh, oh! Well, warn us if you start blogging with a tie on. The rest of us might think an alien took over your brain.

Behold the awesome supervillain power of the suit & tie. Please tell me that you were served more than one porkchop.

Dude... sounds like fun! Reminds me of a 'high falutin' wedding I went to in Cincy some thirty years ago... valet parking... yupperz.. the white glove stuff.... lissen... glad you had a good time.

Dang Crum, just hearing about it gave me a hangover. A little different than the last wedding I attended. The police broke it up.

The ceremony was poignant and short.

...priest was a Brit with a sense of humor. He did his homework or knew his audience as he invoked Vince Lombardi wisdom...

Had a preacher down here invoke Patton and MacArthur one time at a wedding and I'll be damn but two years later as the happy couple tried to kill each other over the belongings the preacher somehow knew what he was talking about.

Love weddings in fancy hotels. Been to a couple. No Chivas at either of them, darn it.

muddleglum - If I ever blog while wearing a tie, it will be a cold day in Hell.

Randal - Yeah, something about binding the body that somehow binds the soul also.

It was actually 3 chops with all but one rib lopped off. Actually a sizable piece of meat.

okjimm - Weddings can go either way for me.

Mr Charleston - My hard drinking days behind me made the hangover I brought home that much more intense.

Beach Bum - It's odd, but I think that the wedding often sets the tone. Seems that way given the mixed results of the weddings I have attended.

Blog Fodder - Going fancy once in awhile is always fun.