Tag is for Kids. Meme's aren't 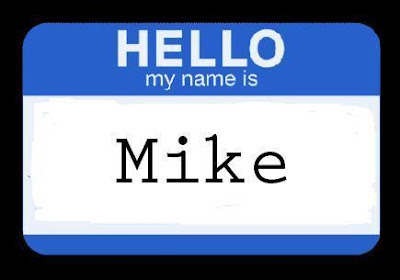 GJG over at Three Score plus Ten has pulled out the dreaded Tag game. The Meme. The reveal stuff about yourself you might not want to game. He is being kind with this one though. No questions about who my favorite porn star is or what type of underwear I favor. Pretty tame and reasonable stuff. As always, these Meme's are harder to do than they first appear. The movie quote and the famous person question were the toughest. One because I could not remember the movie quotes exactly and had to look them up. And the famous person thing because I have met more than a few but not many impressed me that much.

1) What is your favorite quotable line from a Movie.
"I love the smell of Napalm in the Morning" - Robert Duvall in "Apocalypse Now" Why? Well it pretty much sums up the Viet Nam War for me. The madness that tore the country up for 10 years. The tragic comedy of war maybe.
The runners up - but not by much
"Gentlemen, you can't fight in here. This is the War Room" - Peter Sellers as the President in "Dr Strangelove"
"No time for the ole in out Love, I've just come to read the meter" - Alex in "A Clockwork Orange"

2) Who is the most famous person you have spoken to?
This is a tough one. I have met and spoken to two presidents. JFK and Bush the first. But then there was my stint as a Rock and Roll truck driver. I spoke to and caroused with more than few famous rock stars. But I think the person who impressed me the most was Patti Page. On a beach somewhere in Florida as a kid, I was intently collecting shells. This weird woman (well I thought she was weird at first) approached me and asked me what I was doing. I remember looking at the shells in a pile at my feet and thinking, "Duh lady. What do you think I am doing?" But I was nice and told her, "Collecting shells." And for the rest of the afternoon she and I wandered the beach looking for shells. It was not until that evening when my parents took me to the lounge to see Patti Page sing I connected the dots. While we were on the beach many people would look at us, wave and smile. I remember telling my mom that was the lady I collected shells with. She did not believe me until Patti mentioned her afternoon between songs. That was very cool for a kid in the fourth grade to be mentioned like that.

David Bowie would be next I guess. He had arranged for a catered meal backstage at the old Boston Garden for the crew as a thank you for the hard tour we just finished. I invited my parents down from Maine to see what this touring job I did was about. Bowie sat down at the table I was sharing with my parents and broke bread with us. Talked with my parents for quite awhile. When he left Dad said, "What nice young man. Smart, very smart." And then Mom said, "Isn't he a homosexual? He doesn't act like one."

3) How many bags/boxes of Potato Chips are consumed at your place in a month?
One or two maybe. Just today I ate some chips. Can't remember the last bag I opened. Don't ask me about Cheezits though. If they are in the cupboard, they are not there for long.

4) Who is your all time favorite Cartoon Character?
Cheech Wizard. Enough Said. Pogo would be a close second. "I have met the enemy and he is us".

5) What foreign food Dish do you prepare from scratch and Serve?
Does throwing Canadian bacon into a skillet qualify?

6) What is your favorite section of the Supermarket?
The Exit

7) What was your high school teams mascot and what were the school's colors?
I went to a military school. Our mascot was us. We were called "The Cadets", or "K-dets" as we referred to ourselves.. Our colors were khaki and olive drab. But the various teams seemed to have no rhyme or reason for the colors they used. If I remember right, I played lacrosse in either red and white outfits or white and gold outfits. And it wasn't based on home or away. We just changed during the time I was there. I swam competitively in black trunks. I played soccer in black and gold duds. But everything else was khaki or olive drab.

Now I have to tag 5 other lucky souls with this meme. They are supposed to refer to the tagger who tagged them and without complaint fill out the questionnaire. And finally like me, tag 5 other to this point un-tagged people. So on and so on until .......... Really. Where does a meme stop? Does anyone keep track of this shit? I am sure someone out there knows what meme has expanded the most. Anyway without any fanfare I tag The Dude, Apertome, Dawn, Carlita, and that mice hater, Toklas
Posted by MRMacrum at 6:42 AM

Email ThisBlogThis!Share to TwitterShare to FacebookShare to Pinterest
Labels: Tag You're It

very nice---elequent as always---khakie and olive drap huh?----and I have to say I never heard of Cheech Wyzard??---but then I led a shelterd childhood. Thanks for playing the game and the quick response.---woof, you've talked with Presidents!!!---your the man!!!

In the 90s hang around Kennebunkport, Maine long enough and you were liable to run into George Sr. And since I was on the crew that was renovating the beach house next to his, he stopped in to see what we were doing. Nice Guy. I definitely have a higher opinion of him than his offspring.

JFK I met in Bar Harbor the summer before he was shot. Right place right time.

You would have had to have been a National Lampoon fan to know Cheech Wizard. Definitely a R rated cartoon character.

I loved your story about meeting Pattie Page ... wow!

You've led a very interesting life ... it's so nice you share your wonderful stories with your blog readers.

You know I just don't think Canadian bacon into a skillet qualifies.

I'd count the canadian bacon.

I posted mine. You really stole my answer on one of 'em and it's great to know there's another Cheez-It lover out there.