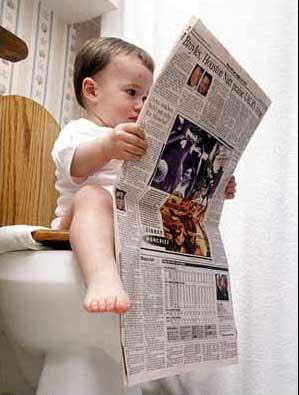 Gary over to Three Score Plus Ten wrote about an interaction between himself and his grand nephew. Gary admits he is not a computer whiz kid. But when he admitted to his 21 year old nephew he was having problems downloading music, he could tell his nephew was amazed and in his words, "the kid was truly embarrassed for me". Gary went on to say he could tell his nephew was in shock over something everyone should be able to do easily since he had been doing it since basically infant hood.

This made me chuckle. I can remember at age 18, 19, ....shit, that age when you think you have seen it all and know it all. I remember that I was shocked on a regular basis when I met folks who could not do some the things I had been doing since I could remember.

Take swimming for instance. This was one of the early revelations. Having been raised in the water, I assumed everyone had been. Imagine my surprise when I discovered kids my own age who could not swim at all. Not even dog paddle.

Meeting people who never learned to ride a bike still surprises me.

The one that really shook me though was when I met Raymond. I was working that high school summer as a painter with a friend's Grandfather. He would import Raymond from the Smokey Mountain section of North Carolina every summer to paint with his crew. Raymond was I guess, in his late 30s. He was also the best and fastest painter I ever knew. A magician with a paintbrush, a paper brush, or a can of glazing compound. He could paint trim with a 4 inch brush and never touch anything but the finish. He was amazing.

At the end of the summer, Raymond always went home to North Carolina. That summer I was elected to drop him off at the bus station in downtown Washington, DC. Mr B handed me an envelope and told me to give it to Raymond before he got out of the car. On the envelope in large block letters was some code I had no clue of. I guessed Raymond knew. I was right. When I dropped Raymond off, I handed him his envelope. He opened it up and stuffed the cash in his pocket. Then he got out and began walking up and down in front of the row of Greyhound buses. In front of each one, he would stop, look at the envelope and then look at the destination banner at the top of the Bus. His forefinger would move in the air like he was writing.

It suddenly dawned on me that Raymond could not read. He was attempting to match each number on the envelope to each number on the bus. Innocently, I got out of the car and asked him if he wanted my help. He looked embarrassed followed quickly by a flash of anger. "No, I can handle it. You go get out of here now". All the way back to Bethesda I pondered this. I never considered that there could be any adult who could not read. I took reading to be something akin to breathing. We could all do it. Dealing with the idea of a grown man in his 30s not being literate was beyond my comprehension.

Raymond was not stupid. He had a wonderful sense of humor that only an intelligent man could have. His digs and takes often got my brain working in different directions. He was a hard worker who figured out how to survive in a world that had passed his kind by. I found out more about Raymond when I got back from dropping him off. Raised in a two room house with no plumbing in the Smokey Mountains, he was somewhere in the middle of 10 children. Grew up dirt poor and began working as soon as he could lift a hoe. Schoolin was not held in high regard because it did not put food on the table. But obviously the basics of decency and hard work were instilled, because Raymond outworked us all and always did it with a smile. I do not remember him ever uttering a cross word.

I often think of Raymond when I find myself acting superior. The lesson he taught me has served me well. What we know that others don't or what we can do that others can't isn't worth squat in the scheme of who we are or who they are. What matters is how we deal with our own limitations and those we see in others.
Posted by MRMacrum at 6:50 AM

Email ThisBlogThis!Share to TwitterShare to FacebookShare to Pinterest
Labels: Friends

Thanks for the link reference and guess I am honored that somethng I said triggered something in your head resulting in yet another of your excellent articles. I also got a good chuckle outta the pic too.

Very well said. I am always surprised by people who can't swim, too. But reading...gosh, if I couldn't read, I'd feel so lost. And yet, of course, the measure of a person is not in their swimming or reading, but their character. Nice reminder.

We got our Bush Bucks and it went into the fuel fund for next winter.

I hear you, I live in one room and keep things simple so my heat and light bill only hits a high of about eighty bucks one month during the coldest month of the winter. And I have free access to lots of firewood if I ever get around to putting in a small wood stove.

Cher and Rob has a 200 buck water bill every month and they don't even water the lawns much, damn, water is expensive in Canada I guess. Just as expensive as the beer there.

Thanks for visiting my blog. Bill

Hey thanks for the bug info! I really enjoyed your story about Raymond. I think for to often we are all guilty of thinking we are some how better than another for whatever reason, but really we're not. Thanks for the gentle reminder!

Literacy is not universal anywhere, even here in the richest place on earth. I knew a guy once who drove nearly an hour in the wrong direction on the interstate because neither of them could read. They ended up having to come home and forgoing the trip they had planned because they did not have enough gas or money to correct for the two-hour detour. It was only when they saw the beginnings of Bangor that they knew they had made an error. They had been heading for the Portland area. We are not as far removed from that stuff as we would like to believe.

I so enjoyed reading your story about Raymond. It really makes you think.

My Uncle Lowring (pronounced Lauren) couldn't read. I never understood why he couldn't read. His kids were my age ... my parents could read ... but he couldn't. Anyway ... when my cousin Kim started school and learned to read she taught her Dad how to read. I thought that was wonderful.

And I have to tell you ... that picture of the little boy on the potty has worked wonders here at my house today. Griffin is learning to use the potty and anything related to any little boy going to potty helps. He walked over to see what it was and said "hey what's that" and I told him ... he went right over and sat down and peepee'd on the potty. Thank you for the first inspiration for him to "get it right" today.

Missy - Unintended though it was, I am glad to be of service. Getting the little tacker mind around the idea of the potty can be a daunting task.

During my days as a banker (1993 to 2001), I occasionally encountered people who couldn't read. At first I found it absolutely shocking - I couldn't believe that any adult would be illiterate. But none of these adults (all men, I have yet to meet an adult female who cannot read) lacked cleverness. Each held a job and a couple were even self-employed.

Very well said. By the way- I can't swim. Does that really matter? Like J said the measure of a person is not in their swimming ability.