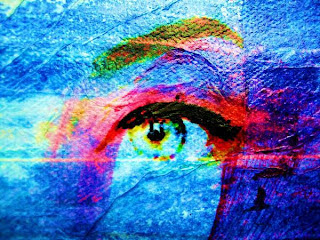 It is 2:30 AM Eastern Standard Time. I was stupid tonight. Or rather stupid yesterday evening, now that it is tomorrow and yesterday is no longer today. I finished work and rode my bike hard for an hour hoping to squeeze a few more fitness bucks into myself for the upcoming 24 hour mountain bike race at Great Glen in less than 2 weeks. Came home. Ate some food. Plopped on the couch, and passed out by 8:30 PM.

I hear people tend to get wiser the older they become. And in some things that may be true. But I also think that many of us (well I hope I am not alone, I might just develop a complex or another nervous tic besides this one) - I think that we all have some weak spots, some permanently dull or worn components in our common sense bag. Things we do again and again even after identifying their overall stupidity when acted out inside the rhythms of our lives. Going to sleep too early is one such flaw or defect I keep practicing on a regular basis.

It was not always this way. When I was younger and dumber. Okay, okay- When I was younger, I could fall sleep at the drop of a hat. I could stay awake for 48 hours and still remember my name. Both I engaged in as the situation warranted. Pretty handy skill for a truck driver. I assume the price for this 35 years of poor sleeping habits is being collected now. Now that I want to sleep on a schedule, I can't.

Time break as I actually fall asleep for an hour around dawn.

So I am sitting here speechless this morning. I can hear the rooster over to Duncan and Anne's house telling all of us it is a new day. I caught just the hint of the local wild turkey crew gobbling and making a ruckus in the field out back. And Bob, out cranky Tom, is whining under the office window. I'd let him in the office window, but the bonehead expects me to hang out of the window and pick him up. Lazy little Yellow SOB. I won't do it. Not anymore. Not after that time I almost launched myself out into the snow laden side yard wearing just my skivvies. And now Stubeetchka is flapping her ears and rattling her collar just outside the door to the office. What is it with these pets anyway? I just let her in a minute ago.

A night of little sleep often finds me this way in the morning. The rest of my world is busy at getting on with their day. And I'm just coming out of the fog I created for myself by being up for 3 hours in the middle of the night. Where were they when I was awake and alert at 3:00AM? Keeping me company as I rattled around the house? Looking for some love that didn't hinge on hunger or having me be their door man? No, they were all sleeping. Dreaming cat dreams and dog visions. Of mice, and voles and Red squirrels in trees.

Now that I think about it, maybe some sleepless nights are in order. I am going to be involved in a race that will most likely mean I will be awake or semi awake for 36 straight hours. Rather than whine about no sleep, I should go with the flow knowing that fitness can be had in many different ways. It won't be a shock for me when I find I cannot sleep between my lap obligations.
Posted by MRMacrum at 2:32 AM

The body tends to go to sleep when its properly exhausted, the mind however can go off on a tangent of its own, and could care less what the body wants. all I can tell is---watch out for naps, naps are addictive as hell-----avoid em like the plague.

I hate when that happens. I'll lay down, and lie there. When I'm just about asleep after hours of no sleep. I will hear a damn Rooster, or it is always guaranteed to be something else at in a non "linear" fashion. I go through the next following morning hours looking at everything, or critters with simply a look.

Some people never get wiser. I don't sleep well, and tend to take naps when needed, I love naps.

My brain never shuts off unless I knock it out with enough beer, even during naps all I'm doing is getting a needed rest.

The thing about getting older is if you happen to start paying attention to the big picture and having a larger awareness of it, that is when your mind starts becoming troubled.

And if you get on a spiritual journey that becomes a real pain in the butt.

My favorite bike is my old three speed that I bought in the 70's, I've put many miles on that bike.

Uf da. As they say in the upper midwest. That sucks. I cannot nap. When I do, I tend to wake up groggy and with a headache and then I can't sleep worth a damn the next night. It sometimes will take 48 hours to recover from what was originally an attempt to get some rest. I have found that comfortable chairs are a real problem. Try sitting in a ladder-back chair until bedtime. That might help.