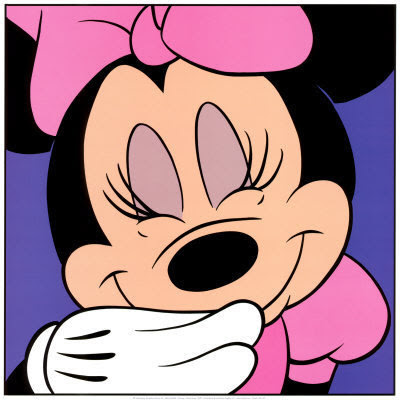 Where to start? I'd start at the beginning but I guess I really don't remember now where it all started. But I will try.

The nice femme over to "the slant" wrote about her experience with a mouse in her house. Being butch gay, she hated the stereotypical girly reaction she had over said mouse. She told the tale with humor but she felt her reaction went against the grain of who she thought she was. This created some interesting responses and follow up posts from some of her regular commenters. Dawn from MDI with her usual in your face style was not sympathetic. It was all in fun and everyone I think knew it.

Then for some big local gathering of the clan, Dawn pulled out her sewing machine and produced a pair of lounge around the house pants with mice prints on them and lace at the bottom. In front of the clan, she presented said pants to Ms Toklas. Even took pictures.

This resulted in blog posts from Toklas and Dawn about mice, lace and what these things meant in the overall scheme of their gayness. Both women are very butch. They say they are, so I believe them. Lace apparently has some kind of deep meaning that me as a guy will never understand. Something about subjugation of women and keeping them in line as second class citizens. Toklas anguished over whether to remove the lace or keep it. And then she asked us what we thought. Most, if not all said keep it. I was part of the keep it crew, but I am sure my opinion rated slightly less than zero. I'm a fringe spectator here and not one of the boys. ;)

Dawn of MDI then took this whole pigeonholing idea and worked up one of the finest posts I have read regarding what other folks in our chosen communities expect of us. Her post was enlightening for me in that I had never considered that there were so many different compartments that made up that big box called Gay.

"To the lesbian world, I am a big butch gal who drives a truck and uses tools and generally does all kinds of butchly things and then I throw a wrench into the works by announcing that I can sew and cook. The queer community sees me first as butch, then as a woman, never considering that I might be comfortable in some areas of both.

I have to say that I generally get more grief from lesbians, particularly butch ones, for my sewing and cooking than I ever get from the straight world for welding and carpentry.

And I find that to be both fascinating and sad."

I too find that fascinating. It never occurred to me that the gay community would run itself pretty much the same as the rest of the World does. But it makes sense. Dynamics are dynamics. The basic structure of how they play out must be similar from one group to the next. Your own kind are often the harshest judges of who you are and what you do. Anything perceived as being "outside" the parameters of what is acceptable is not as politely dealt with by birds of the same feather. No better example exists than Jesse Jackson's recent "off mike" remarks about Obama.

We all tend to hold those we consider "our kind" to higher standards than the rest of the slobs on the street. Why is that? Because it somehow reflects on us? Our self induced limits and rules are somehow in danger when one of our own steps outside them. Maybe we feel that any strides our group has made will be somehow damaged if some of us do not toe the line. We worry that someone from our side will drag us down with them by their actions? It seems when the stereotype we have designed for ourselves is shaken by one of our own, we get pissy.

The answer to these questions and worries is yes, in many cases the out of character actions of some of us do result in negative responses from the outside. Because the other slobs on the street tend to judge us as a group by the actions of the few they encounter. It is not right, but there it is. I have been guilty. And if we are honest with ourselves, all of us have been guilty to some degree at some point in our lives.

Rationally we know it is wrong to judge others by the actions of the few. One bad or odd apple and all that. But irrationality tends to rule when one group paints a picture of another. Stereotyping others is easier than taking the time to get to know them. And this brings up why my recent fascination with Dawn, Toklas etc has been so enlightening for me. Their openess about what group they are part of and at the same time showing me they are really not any different than the rest of us has been a great experience. It reinforces why everyday I do my best to not make snap judgements about anybody. It reinforces for me the fact that the walls we erect between ourselves are built with stupidity and brainless endeavor.
Posted by MRMacrum at 4:15 PM

Wow.
I am humbled by such high praise and fear that I will be incapable of posting anything more profound than recipes for a month after that.

Seriously, though. Thank you very much. I am very pleased that you found it so insightful and am truly honored by your words.

Bravo Sir Bravo! What a fantastic post, I enjoyed the view from the 'outside' if you will. It was fun to watch those two go back and forth wasn't it. I think that Dawn spent more time electronically "talking" to Darlene aka Toklas than she did to me sitting here next to her;) Oh well.

Good post, one moment I wanted into jump in with a comment, but then no, then later another but then again no---in short ya ran me up and down the pole more times than I wanna count---and as smart as this old dude is--I let ya do it (cheap thrills are betten than none at all)----in real life one had to constantly add the plusses and the minusses about everything, as long as the sum total remains positive--its cool, ----stay tuned, tomorrow's numbers will change again-----sleepwell

You mean there's prejudice, bigotry, intolerance by gays of gays? Not to mention of outside deviants like you 'n me?

I'm shocked ... truly shocked. You mean they're just like us?

i knew i was going to enjoy this post when i saw the pink mouse. and the title, of course, sealed the deal.

first of all, you should know that your opinion about the lace actually rated quite high for me. don't sell yourself short Mr. Macrum...i hold you in very high regard. :>

secondly, like dawn, i'm glad you found the entire exchange enlightening (and hopefully entertaining.) it turned out to be great fun, with the added bonus of actually learning something interesting about myself. and i am happy to report that i am embracing the lace.

i have no idea who said this, and i'm too lazy this morning to google the quote and find out, but...i thought of it when i read dawn's post.