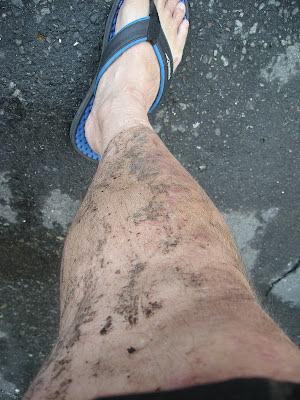 VH1 had a WHO tribute on tonight. I don't normally watch the old farts rock out. I definitely shy away from any program that Has "Tribute" in it's title. I guess it is a combination of reminding me of times past and knowing when I see the old Rock and Rollers from my hey day that none of us are even close to those hey days anymore. But my daughter, raised on Zep, Tull, Hendrix, Cream, Bowie and The Who made sure to yell into the kitchen, "Dad, that WHO tribute on VH1 is on." With mixed emotions I gulped down the rest of my reheated because I was late dinner and wandered in to at least watch it through the first commercial. I ended up staying for the whole 2 hours.

I became a fan of The WHO the moment I heard "My Generation" on some AM Station in DC in the mid 60s. I bought the 45 and 400 zillion spins later, my parents even knew the words. I cannot remember the title of the B side now. I seldom played it. I wore out 3 copies in maybe a year. I can still see my fat bald ole man doing his best and in his eyes least respectful rendition of it when he had a snootful. It's hilarious now, but at 14, I did not have the sense of humor I have now. Some things you didn't disrespect. And The WHO was one of them.

A die hard fan, I bought every WHO album and did my best to see them in concert. It never worked out until the Fall of 1976. I had become a man, albeit a young and still wild man, but a man nonetheless. I was 24 and had been mostly on my own and in the real world for 8 years at that point. Imagine my surprise when a ex co-worker called me and asked me if I wanted to drive trucks for the Rock & Roll business. I was on a plane the next week to Dallas, Texas and sitting in a brand new White Freightliner heading West to LA the following week. My trailer was chock full of speakers, Bull Dick cable and Amps bigger than small cars for the North American WHO Tour of 1976. 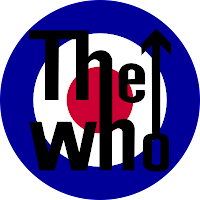 That first taste of the Rock business lasted but 4 weeks or so. A whirlwind tour that required 2 drivers per truck for the huge miles between gigs. My 2 & 1/2 year stint in the business would eventually leave me jaded and burned out. I would eventually realize my pinnacle of substance abuse. I would eventually tire of sex without names or affection. But that first 4 weeks was by far the single most excellent month of my young life to that point. The first time I looked out onto the floor of the LA Forum filled with 40,000 screaming fans from behind the speaker stack stage right is imprinted with a bullet in my memory. Some roadie told me to shut my mouth. The crew did not do that. It was not cool. I shut my mouth and stood motionless the 90 minutes The WHO played. They blew the top off that building.

Sitting on the couch 32 years later watching bands like the Foo Fighters, Pearl Jam, The Flaming Lips, Tenacious D, Incubus, and Adam Sandler cover their music was odd at first. I had expected some lame Grammy Award type waste of time. I even maybe secretly hoped it would turn out that way. Nothing could compete with those 4 weeks back in the Fall of 1976. Gladly I was disappointed. Only the Flaming Lips should not have come out on stage. There's no nice way to say it. They flat out sucked. Tenacious D's rendition of "Squeezebox" was excellent. Maybe the best of the bunch. Hell, they were all good minus one.

The last hour was bittersweet for me. Only half of the original group made it this far. Seeing another drummer sitting where Keith Moon should be saddened me. Not seeing the wooden man Entwhistle pounding the bass like no other before or since completed the bittersweet image. Listening to Roger Daltry and Pete Townsend try to hit the notes that came easy when they were 30 years younger made me wince. But once Roger and Pete warmed up, they rocked with that same spark that made them so special back in the day. They still had it. I was awed.

Which brings me to my lead in photo. That odd Kodak moment that to this point I could find no home for. Work with me here, there is a tie in I swear.

When I saw Roger and Pete stand up and give it their all, I realized that no matter how old some of us get, some of us never give in totally to the idea that getting older is the bummer everyone would have us believe. When I look at that post-ride picture of my 56 year old right leg covered in mud acquired by having fun usually reserved for kids, I know getting old is easier if we don't give in to the old fart myths. That leg is like the voice of Daltry. A tad tired, but it still has some spring left. The high notes may be gone, but the heart still rocks.

Oakland Stadium, 1976
The above link is the only video I could find of that tour in 1976. It is a terrible video with terrible sound. But if I squint and use my imagination, I can almost see myself standing around back stage. My most intense memory of that show and maybe one of the top five of my time with SHOWCO was watching a poor slob die of a drug overdose after the security guards unceremoniously dumped him out the back gate behind the stage. His gay lover held him in his arms as he drew his last breath while screaming for someone to help him. I came upon them as I left the show during the last song to go fire up the truck to be ready to back in for load out. I tried to get the security guards to help. They only said the ambulance was on it's way. The ambulance was too late. Welcome to Rock n Roll Mike.
Posted by MRMacrum at 11:01 PM

what can I say???-----we did what we did, and thats the way it happened then----now today??---yeahh would be nice to have our youth back, knowing what we know---but----it don't work that way. Still we are still in the game, and we can only play our best game with what we still got left to play with----razzle dazzle em, if all else fails.

Let me put this poetically
The music we used to listen to is now just bookmarks to the past.

Great story, Macrum. What an awesome memory to have, and may I add, sir, that you have great taste in music.

That 1976 tour was actually the first time I saw the band. Two buddies and I drove 8 hours from eastern Oregon to Portland.

The Lips are good at doing what they do with their own music. When I saw them at The Gorge this May I was surprised when they did a cover version of Led Zeppelin's "The Song Remains the Same". It was surprisingly good, but definitely not great, and it made me think maybe they shouldn't be treading in hallowed territory.

What a great Who memory of yours, being on stage with them! I have been a fan of them since 1966, which is now (gasp!) 42 years of my 51 total! Yikes... I finally saw them on what I believe was Entwistle's last tour.

My thought on tributes is that maybe they are more appropriate after the band has retired or is dead, but I wish I would have seen this tribute program because I love The Who so much. I did get to watch "The Kids Are Alright" a couple of nights ago on one of the satellite channels, and it brought back lots of great memories.

A great band, the kind that personal memories are sometimes built around!

"When I look at that post-ride picture of my 56 year old right leg covered in mud acquired by having fun usually reserved for kids, I know getting old is easier if we don't give in to the old fart myths." That is so true, and it's exactly what all the 70-90 year olds I encounter in my work tell me all the time (the healthy, vigorous ones, anyway). As soon as you stop going, you're done for.