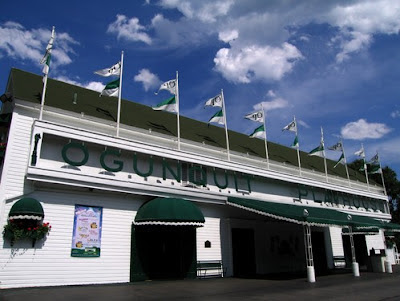 I don't know about you, but I feel better now. Saturday's post had quite the purging effect on my mind. Call it a defragmenting post. Sifted through a bunch of loose bits and pieces. I wasn't going to post it, but well I took the time to write it. I took the time to look for a picture. And it was so easy to toss off any concern for others and punch the "Publish Now" button. My normal anguish replaced by thoughtless abandon. The only thing I could do without thinking it through and second guessing it was post it.

My sister in law is up from Maryland for her bi-decade visit. She jetted in Saturday morning. She's a nice woman. Her unspoiled and pure Murland accent was music to my ears. No one can say "O" like someone raised in or around Baltimore. I hear a good Murland accent and visions of crab cakes, Bull Roasts, kegs of National Boh and softshell crabs always come to mind. I never really think I miss my time growing up in Maryland or the period I came of age there until I hear a good Bawlamer accent. Suddenly, it all comes flooding back with the utterance of a simple "o".

Her visits always stirs the pot here on Sam Page Road. My wife will begin fretting weeks in advance about what she can come up with for Nancy and the rest of us to do while she is here. Some days are an easy fill. Shopping at one or more of the many outlets our state just loves to put up on Rte 1 is a no brainer. There is the obligatory pilgrimage to LL Bean in Freeport. A walk on the Portland waterfront will usually find it's way into her visits. Lighthouse watching. Rocky Beach drive bys. Scenic overlooks. Over the years, Nancy has been exposed to about every tourist trap within a 100 mile radius.

I make no suggestions usually. I know after 28 years of marriage to keep my mouth shut, keep myself available, and stay out of the way if that is what Bobbi Ann wants. I take on more of a support role than I usually have. And this is fine with me. Trying to figure out what one woman wants is tough enough, but put two of them together and complicate it with sibling history and man, staying in the background is the place to be. The only thing better would be invisibility.

This visit Bobbi suggested and then followed up that suggestion with tickets to a musical at the Ogunquit Playhouse. My cooperation and inclusion was taken for granted. This was to happen on a Sunday. No excuse like work, the lawn, or mega bike ride was going to get me out of it. I was trapped and I knew it. 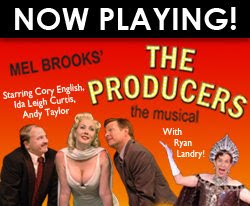 Ogunquit Playhouse is one of the early Summer Theaters that acted like a AAA farm team for Broadway. Started in the 1930s, it has year after year, attracted many top quality actors performing top quality work. The list of stars who have worked there is quite impressive. Really too many to even mention.

Over the years beginning when I was 14 or 15, I have endured and often enjoyed more than a few theatrical productions at the Ogunquit Playhouse. My Aunt Helen dragged me there as a rebellious teen. I smiled and said I enjoyed it. But inside I determined that no matter what I would hate it. Not sure why now, but at the time it made sense. I vowed to never remember them again. Other than remembering going, I have no memory of what we saw. Jeez, only girls and girly guys liked theater.

I remember going with my mom and Bobbi before we got married. Earlier that day, I had dove from 18' up face first into a rock over to Great East Lake. Spent the rest of the day at the emergency room and then because Mom was an awesome force to reckon with, went to the play with a face that looked like some Zombie extra from "Shawn of The Dead". I cannot remember being so miserable in my life. I oozed nasty stuff all through the play and theater goers stepped back from me when the lights went up. That rock had taken out skin to the bone in 3 places. I won't get into the stupidity of what I did. But I haven't done it since.. 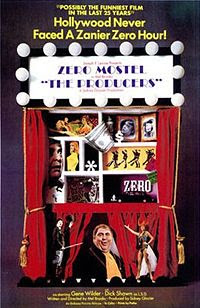 Musicals, with the exception of "Hair" and the Rock opera "Tommy" never did it for me. But a couple of years ago I went with Bobbi to see "Menopause" in Ogunquit. And even though I was sure I would be the only man there and probably be lucky to escape with my life, what with all that estrogen charged rage floating around, I was more than pleasantly surprised. I had a great time. I even remember asking myself just what it was I had against musicals as we got up to leave

Yesterday we caught the matinee of "The Producers". The Mel Brooks movie re-worked and tweaked into a Broadway musical hit. Of the 4 of us who went, I was the only one who had a clue of what it was about. I had been a rabid Zero Mostel fan ever since seeing him in " A Funny Thing Happened On the Way to the Forum" in 1966. When he showed up in "The Producers" a couple of years later, I had to see the movie. It still rates as one of the funniest movies I have ever seen. When I began to tell the 3 ladies the plot, I was surprised just how much I remembered. I guess seeing a movie 3 or 4 times will do that for you.

The experience was excellent. The cast was excellent. The coffee was just okay. Typical of Mel Brooks' style, nothing is sacred, everything is fair game. If anyone out there wants a great 3 hours of music and real from the gut laughter, I would tell them to catch this production before it leaves Maine in August.
Posted by MRMacrum at 6:06 AM

You never cease to amaze me with your use of language, expressing yourself so eloquently, and putting in so much fun detailing that its like I was right there listening to ya talk-----good post. I have of course seen the original movie, "The Producers", but have not had the pleasure of seeing it performed live. thanks for sharing that experience.

You know, this is one of those things that I am sure will get me thrown out of the gay club one day. I HATE musical theater. Actually, I hate almost all live theater. Hell, I can hardly sit still through a movie we rent and bring home. I also loathe poetry as a rule, too, and much of the "arts" stuff that is so treasured by the gay community. Good for you that you can enjoy it. It's just not something I can look forward to. Occasionally I can get suckered in and then sometimes I enjoy it despite myself, but as a rule, live theater just makes me twitch. I'll have to hope my collection of power tools (ahem) will keep me in the club.

Ahhh!!! I mispelled, and deleted. Apparently not with hitting the copy/and repaste correctly. I hate that.

Longer story short it reminds me of the State I grew up in. I have no desire to go back, but talking to people does give me good memories.

I spent a lot of time in the Northwest. Oregon is odd, your in Maine, and they stole all of your cities names. Your Portland, or Salem are different than the ones I know.

What do you think of those motors for bicycles?