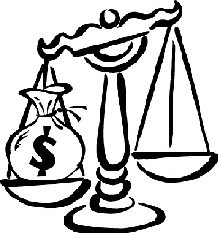 There seems to be a direct correlation between our recent economic downturn and the recent consolidation of wealth among the richest one percent of the population. I read an interesting op/ed by Robert Reich (Worked in three administrations) regarding this trend. He says and I quote:

His op/ed is about how the conservatives of today are not conservatives but regressives. I will let you read his take on this as I have something else on my mind.

It would seem odd that as the richest one percent gathered and consolidated more wealth, our economic position began to show cracks. This transfer of wealth went unnoticed until it finally collapsed under its own weight. And even then, our leaders propped up the transfer of wealth so more of the wealth could move from Main St to the endlessly deep pockets of Wall Street. In the meantime our wages went down, our hours were cut or just disappeared.

It seems obvious to me this is not a healthy situation for the majority of Americans. Yet, these same robber barons have convinced a sizable chunk of the folks affected that what they are doing right in front of us is "good" for the nation. Some of us even embrace the recent hot tax plan 9-9-9 that will by almost every account I have read only take more from the poorest of us and put even more money back in the pockets of the sleaze bags who have been pillaging our economy. I gotta say, a national 30% sales tax on top of the state sales tax would kill my retail business.

Okay fine. Perspective, political slant, ideologies. But the fact is, the richest of the rich have been quietly tipping the economic scale more and more in their direction. And I guess this is fine if one believes that power consolidated in fewer hands is a good thing. Because we have now become a country that judges power on how big our paycheck is. At some point, once our pockets have been completely picked clean, they will go to work on restricting the diminishing rights like voting, right to negotiate labor contracts, and who we pray to as a nation.............. Uh, oh yeah they already are.

I don't see any change until the Uber-Rich get scared shitless(at this point the 1% thinks this is a joke) by the 99%. As long as the politicians are working for them and protecting them nothing will change. Maybe if the cops decide that the Marine Sargent was right and the cops start working to protect the 99% instead of those that are paying off the police dept. for special protection. Maybe, but I doubt that will happen!!

We have been mislead by Reagan, Bush Sr, Clinton, Bush Jr, Obama, and nearly every other public figure. Economic growth, job creation, and actual prosperity are not necessarily a package deal. In fact, the first two are horribly misunderstood. Economic growth/loss (GDP) is little more than a measure of wealth changing hands. A transfer of currency from one party to another. The rate at which it is traded. This was up until mid ’07′ however, has never been a measure of actual prosperity. Neither has job creation. The phrase itself has been thrown around so often, and in such a generic political manner, that it has come to mean nothing. Of course, we need to have certain things done for the benefit of society as a whole. We need farmers, builders, manufacturers, transporters, teachers, cops, firefighters, soldiers, mechanics, sanitation workers, doctors, managers, and visionaries. Their work is vital. I’ll even go out on a limb and say that we need politicians, attorneys, bankers, investors, and entertainers. In order to keep them productive, we must provide reasonable incentives. We need to compensate each by a fair measure for their actual contributions to society. We need to provide a reasonable scale of income opportunity for every independent adult, every provider, and share responsibility for those who have a legitimate need for aid. In order to achieve and sustain this, we must also address the cost of living and the distribution of wealth. Here, we have failed miserably. The majority have already lost their home equity, their financial security, and their relative buying power. The middle class have actually lost much of their ability to make ends meet, re-pay loans, pay taxes, and support their own economy. The lower class have gone nearly bankrupt. In all, its a multi-trillion dollar loss taken over about 30 years. Millions are under the impression that we need to create more jobs simply to provide more opportunity. as if that would solve the problem. It won’t. Not by a longshot. Jobs don’t necessarily create wealth. In fact, they almost never do. For the mostpart, they only transfer wealth from one party to another. A gain here. A loss there. Appreciation in one community. Depreciation in another. In order to create net wealth, you must harvest a new resource or make more efficient use of one. Either way you must have a reliable and ethical system in place to distribute that newly created wealth in order to benefit society as a whole and prevent a lagging downside. The ‘free market’ just doesn’t cut it. Its a farce. Many of the jobs created are nothing but filler. The promises empty. Sure, unemployment reached an all-time low under Bush. GDP reached an all-time high. But those are both shallow and misleading indicators. In order to gauge actual prosperity, you must consider the economy in human terms. As of ’08′ the average American was working more hours than the previous generation with far less equity to show for it. Consumer debt, forclosure, and bankruptcy were also at all-time highs. As of ’08′, every major American city was riddled with depressed communities, neglected neighborhoods, failing infrastructures, lost revenue, and gang activity. All of this has coincided with massive economic growth and job creation. Meanwhile, the rich have been getting richer and richer and richer even after taxes. Our nation’s wealth has been concentrated. Again, this represents a multi-trillion dollar loss taken by the majority. Its an absolute deal breaker. Bottom line: With or without economic growth or job creation, you must have a system in place to prevent too much wealth from being concentrated at the top. Unfortunately, we don’t. Our economy has become nothing but a giant game of Monopoly. The richest one percent already own nearly 1/2 of all United States wealth. More than double their share before Reagan took office. Still, they want more. They absolutely will not stop. Now, our society as a whole is in serious jeapordy. Greed kills.

I favor a flat tax and not having to do those damn returns every damn year. I'm pretty sure that it's the rich that dreamed up this stupid system.

I don't see any change until the Uber-Rich get scared shitless(at this point the 1% thinks this is a joke) by the 99%.

It is a joke, they've brainwashed everyone into peaceful protests, back in the good old days protests were done with guns and blowing shit up. Start killing the rich and things will change fast.

History has proved this plenty of times. Anyone that thinks it can be done any differently may be an idiot. There's lot's of intelligent idiots on this rock.

Cain's tax proposal is the sickest thing I have seen in years.

Near half the earnings in American is from capital gains. Which of Cain's regressive 9's cover those?

Everyone relax, the zombies will kill everyone indiscriminately.