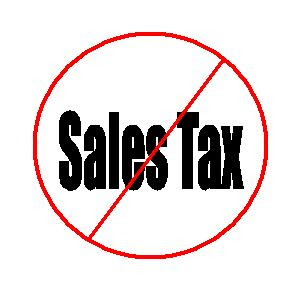 Okay, so a fellow I know pointed out to me that Herman Cain's whacky 9-9-9 plan does not impose a 30% sales tax. He is right as far as it goes. But Herman Cain has already admitted his plan is really a stepping stone to the Fair Tax plan proposed back in 2007. That plan would abolish most taxes, replacing them with a 23%(some are convinced it is really 30%) national sales tax. My friend's response was "What's wrong with simplifying the tax code? We all end up with more money in our pockets."

Hmm............The notion of condensing our tax code into one basket that will only cost us 23% (30%)of every dollar we spend does on the surface seem simple - spend less, you keep more. To a nation trained to make their mind up from 30 second soundbites and clever catch phrases, I can see why this idea might have some support.

Being prone to the same trap of relying on catchphrases and soundbites, I remembered my wife , the accountant, and her feelings about changes in the tax code. Paraphrased, her pearl of wisdom goes -

"Whenever the word 'simplify' is attached to changes in the tax code, two things happen. One the code becomes even more intricate and two, millions of accountants get richer. There is no simple tax code, just different tax codes."

Armed thusly to whatever teeth I had in my head, I visited the fair tax plan website for more information.

I am not a gifted analytical thinker. I am not gifted with much other than the ability to breath. So imagine my befuddlement when I visited a link provided by Fair Tax and attempted to understand the pros of this plan as written by Paul Bachman and others. Just the highlighted intro had my head spinning.

And while I am not a great analyst, I do have a knack for getting the gist of a thing. After reading through as many pages as I could handle before my eyes rolled up into my head, I realized my wife was correct. This plan may be simpler than the hodge podge cornucopia of taxes we pay now, but not by much, if at all.

First of all, this whole tax plan, like any new proposal is based on assumptions. The assumption is that people will not change their spending habits. We will still over consume as we always have. Okay fine. But will we? And then there is the fact that assumptions are created to paint the rosiest of pictures or the most dire of consequences. Depending on which side of the economic fence you sit on, take your pick.

This tax is still a tax and many people will still do their damndest to avoid paying it just because of what it is called. Which brings me to another assumption of the plan I don't understand. Somehow, this fair tax plan will reign in the trillion or so dollars spent that avoid the current sales taxes in play presently. Huh? My assumption is that current trillion dollars of lost taxable money will grow instead of shrink.

Another claim I have heard is the IRS will no longer be needed. Okay so I did not hear it from the Fair Tax site, but advocates of the plan have made the claim. Come on people, any tax plan will require goons to twist the arms of those of us who would skip our tax paying duty. They might change the name, but there will still be federal agents of some kind knocking on our doors if the government feels we are ducking our responsibilities.

One of the complaints about this national sales tax is that it will punish the poor. The Fair Tax Plan people have an answer for that. It is called a "Prebate". The government will issue checks preemptively in amounts that will cover the purchases of the poor up to the poverty level. Right. As is the case when the government decides what a level is, they come up with a broad brush answer that does not take into account what the poverty level is in a given region. So I make another assumption and assume that "prebate" will often fall short. And the fact that money will be spent before money is taken in seems like more of the same voodoo economic madness we deal with now.

I will say that the "Fair Tax Plan" and even Cain's "9-9-9 Plan" are at least proof someone is trying to come up with alternatives to what we all agree is an overly complicated mished and mashed tax code. But neither of them are even close to being what I would call "simple". And from what I read, the potential pitfalls that might and probably will happen will punish the most vulnerable among us first.

In my mind if the financial wizards are intent in re-creating our tax code into revenue based on consumerism, then why not just let us allocate our tax dollars in the same manner - pay into those services and government efforts we feel represent our interests.

Say everyone has to pay oh, Hell, for arguments sake any number will do, say we all have to pay 15% of our income to the Feds. But we can break it down into whatever area we want. That way we could support and change government services with our choices. Personally I would allocate all my 15% the first few years to education,infrastructure and job creation. Defense can pound sand. DEA can pound sand. Congress can pound sand. Maybe if some of these departments have their funds cut by angry citizens, they might just deliver in the future a better government. Let them compete for my tax dollars just as I compete for the dollars my customers may or may not spend in my store.

Realistically, I know this would not work out. But in my opinion, my plan is as worthy as either the Fair Tax Plan or the even shakier 9-9-9 plan. All are pie in the sky ideas that have no real place in the real world. We do not live in a simple world. And sometimes, simple solutions are not the answer.

Email ThisBlogThis!Share to TwitterShare to FacebookShare to Pinterest
Labels: Politics, What is It?

Where to begin? When I first heard of this 999 plan I laughed. Mainly because we all know where republicans stand on taxing the rich. They will march lockstep behind anything that smells of a tax cut to large corporations.
As to the execution of any preemptive tax break to the poor it would be an impossible task. I have done contract type work for the last twenty years so my income has fluctuated on a month to month basis. However our government always wants to know what our yearly income is or at the very least what our actual gross monthly income is. This plan also doesn't take into account the fluctuations in things like gas, food, clothing, rent and other increasing fees which usually increase long before governments' adjustments.
This plan also doesn't account for the increases that corporations would make to offset their losses. Can't hide things in an offshore account in the Caymans anymore boys.
So as I see it you can take your current state sales tax rate and add 9% to it because if you saw, Cain said he was going to tax everything except used houses. Add to that 9% less money to the poor from an income tax and about 9% from the rise in prices of consumer goods and the poor land up screwed. Any tax prebate would I'm sure be far less than 9%.

I don't know shit about a 9-9-9 plan, too much shit out there to try to follow. But I guess I'm all for a sales tax if it gets rid of an income tax.

Here in Washington state we don't have a state income tax and I like it like that cuz I can buy a lot of used shit and avoid taxes on it.

Oh hell, I don't know what is best, but I think a flat income tax and no IRS and forms and returns would be a good thing.

Ah fuck it, I'm getting too old to fucking care anymore.

The 9-9-9 plan doesn't tax capital gains at all. I've always been of the opinion that unearned income(capital gains, using money to make money) should not be taxed at a lower rate then earned income(wages, salary, shit you do to earn a living by your sweat)!!

Sales tax is the most regressive tax there is, poor people spend all of the income just to survive. When you add the 9% to what the sales tax already is for state and local, in some areas you could be pushing 20%. The rich couldn't spend all their money if they tried, they save or invest most of their money which would not be taxed, except the token amount of 9%. The rich probably spend more that that trying to avoid paying taxes now. That and bribing politicians to make tax laws more favorable to the rich.

The 9% tax on corporations is a step to lowering the tax to 0%,Zip, Nada!! Now 9% is a lot more that a lot of corporations pay now, but it would still bring in less than the government gets now from corporations. They would have to make up the difference somehow, and guess who are the easiest ones to collect from???? It sure as hell ain't the rich or the corporations!!!

BBC, I'm guessing you don't pay any income tax on your SS income, but do you really want to pay a 9% income tax on that plus a 9% sales tax on everything you buy????

Cain's 9-9-9 plan exempts used goods. There would be no sales tax on used cars, used clothing, used anything. Only on new goods.

Any new sales tax would be a VAT, similar to the GST in Canada. And I can tell you, the GST was and is a huge success, mainly because it replaced a hidden tax on the manufacturing sector, and because it treats all transactions equally. But above a certain rate, you end up getting more black market transactions where people pay cash and avoid the tax. Not sure what that rate is. In Canada, the GST is presently 5%. It was introduced in 1991 at 7% (after an initial proposal that it be 9%).

The Fair Tax Plan is enticing in that it would remove a huge amount of accounting and paperwork and filing that individuals and corporations have to do on the income side, but it would add some on the purchasing side.

I don't know what the solution is. Best of luck, America.