The Most Recent Anti - American Americans 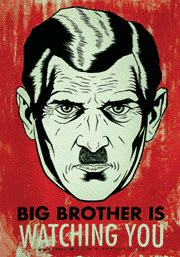 What a great country. And I mean it. Not so much because we thump our chests and say it is so, but more because we are still in business in spite of ourselves. Our founding fathers landed some serious beginners luck when they created what is shaping up to be an idiot proof system of government. So far the wheels are still on the bus, but every day at least one or two of the boneheads in charge do their best to flatten the tires by pruning more rights from the shrinking quiver we still have.

A couple of tidbits that illustrate my point:

"U.S. Drug Policy Would Be Imposed Globally By New House Bill"
Apparently the Einsteins running the House Judiciary Committee have come up with another useless weapon in the "War on Drugs". If their bill makes it through Congress, any US citizen who buys a joint or a gram of hash or even discusses the possibility of scoring said substances while on that 6 day, 5 night tour of Portugal could be jailed here in the US once they deplane at Kennedy. I am guessing that running our lives here is not enough for some of these clowns. They want to make sure we mind our P's and Q's when overseas. And at the same time jam our notion of law down the rest of the planet's throat. What a bunch of cocky and arrogant assholes. Rep Lamar Smith of Texas - you are a class A ugly American and if anything cries out to be tagged "anti-American", your recent sponsoring of this bill would fit nicely into that category.

Rather than admit the "War on Drugs" is the prime catalyst creating the violent crime associated with drug use or abuse, these idiots want to continue to expand a failed policy. There is no way to legislate stupidity. For Lamar Smith apparently, punishing it is a satisfactory alternative.

And then there is the new Republican golden boy, Herman Cain calling the Wall Street protesters Anti American because they are carrying signs that disparage the fine folks wearing wing tips and Brooks Brother suits who shuffle money around but produce nothing of tangible worth. As he puts it, to be Anti-Wall Street is to be Anti-American. But go ahead and preach to your brain dead choir that Wall Street is somehow just shy of God on the ideological barometer that determines the difference between Good and Evil.

Capitalism is not an ideology, it is an economic system. Sadly however, you and the big money interests you represent have managed to convince too many of us that the idea of money is interchangeable with the ideal of freedom. In my opinion you sanctimonious jerk wad, the activity of peaceful protest represents what is great about America, not the money changers of Wall Street. Economic power only supports Freedom when everyone, not a select few are invited along for the ride.

Rep Lamar Smith and Herman Cain - you two get my Anti-American awards for this week.

It's amazing how far the right was willing to go to praise and promote teabagger events, compared to how quickly and dismissively they're willing to denounce 99%s as radicals.
As far as I know, none of the OWS protesters have been seen with automatic weapons draped over their shoulders, or carrying signs calling for the blood of tyrants to water the tree of liberty...
Face it, righties revolting over government excess is cool, lefties revolting over Wall Street excess is un-American.

an asshole by any other name..? is still an asshole.

You called it on both these guys. I hear it is illegal for an American to enjoy Cuban cigars or rum anywhere in the world?

If their bill makes it through Congress, any US citizen who buys a joint or a gram of hash or even discusses the possibility of scoring said substances while on that 6 day, 5 night tour of Portugal could be jailed here in the US once they deplane at Kennedy.

Unbelievable!!! I have never tried any illegal substance. This is not about my want of the things. It is about a nation trying to impose a sick sense of morality or justice on its citizenry. Stopping someone from using drugs outside the U.S. will not stop drugs from coming into the U.S.

Boycott Godfather's Pizza!! As if I ate that shit in the first place.