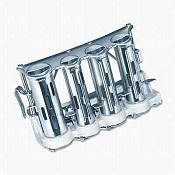 A couple of days ago I tore off a few sharply written words regarding a couple of less than impressive examples of American leadership. Mixed into the rant was this statement, "....the fine folks wearing wing tips and Brooks Brother suits who shuffle money around but produce nothing of tangible worth."

I was referencing the working inhabitants of Wall Street, the movers and shakers who control the flow of wealth as it moves in, out  and about  this country. Off and on yesterday, I thought about that line. Was I being unfair to these buttoned down tight asses in $1000 dollar suits when I accused them of producing nothing of tangible worth? Or was I just jealous that they had more than I did as Herman Cain claimed anyone who criticized them was?

Fair is fair, so I tried my best to conjure up a viewpoint with their perspective in mind.  I am sure many, if not all of the financial wizards and their gang of spreadsheet lackeys, are positive that without them this country would be in chaos and nothing but a larger version of the Sudan. After all, they are charged with the stewardship of all our wealth.

I then considered the notion of wealth and what exactly it was. I have never really considered wealth in any terms that did not incorporate the idea of money along with it. It appears I have been successfully indoctrinated to believe that wealth without money is nothing.  Thousands of years ago Man invented money to facilitate commerce more expediently and now money has replaced the actual products it was meant to represent.  We came to value money more than how many cows we have in our barns.  The financial class has fooled us into believing protecting the representative (money) of our wealth is more important than protecting the physical, touch it feel it, eat it wealth.  Are we stupid or what?

Following my own path to enlightenment or the usual deeper befuddlement, I attempted to get my head around the phrase "tangible worth". What made something tangible?   Could something be tangibly worth more than something else? Certainly assigning the sliding scale of a monetary system quickly and logically creates relative values in most cases. But is that product or service really tangibly worth the value someone has placed on it? And should I believe something is worth more than something else just because it has a higher price tag?  Is a pair of Gucci shoes more valuable than a pair of work boots?  It is because we perceive it is.

Looking at tangible worth from a strictly capitalistic slant, whatever the market is willing to pay is the tangible worth of that product or service. Okay fine. Why then has the storage of money combined with the shifting of stored money from one coffer to another become more valuable than the products or services whose purchases originally set the stored money into motion?   Again I say, are we stupid or what?

I understand that money is used to initiate the physical process of gathering and distributing wealth through investment.  However, it seems today, more money is generated by keeping it out of the physical world and just moving it around inside a virtual circle of bank accounts and investment portfolios. Less of it is used to actually buy things or employ people.  It stays off Main Street and is kept under lock and key in the exclusive club known as Wall Street.  How can this kind of activity be of any tangible worth other than in the small economic circle it loops around in?  It is nothing but virtual worth and we have been fooled into believing there is some kind of intrinsic value to our economy because these fancy pants are getting filthy rich by passing money off to each other.  It is a massive ponzi scheme that is carried out legally.  Is it any wonder it failed?  No.  What amazes me is we handed these clowns more money to do it again.  Are we stupid or what?

I'm sorry, but wealth derived from a shaky concept is not tangible in any way I can think of. It is more like some fantasy game that creates virtual worth. The only true value being in our minds, not on the dinner table or parked in the garage.  Until such time the money changers decide to stop sitting on their over stuffed coffers and actually return that money to the real world in the form or investment, purchases, or taxes, they have done nothing of tangible worth. And it is a crime, or should be that they have been allowed to hoodwink us into believing their chosen profession is even close to being as critically important as, oh say, picking up the garbage, growing the food, fixing the roads. These activities have tangible worth and are considerably more valuable to our nation than shifting paper money from one account to another.

Email ThisBlogThis!Share to TwitterShare to FacebookShare to Pinterest
Labels: Answers to burning questions

To me tangible worth is something your senses can pick up, if you can see it, feel it or taste it, it has tangible worth. Numbers in a ledger or on a magnetic strip is not tangible worth, just keeping score!!

I am reading about this in Adam Smith's the Wealth of Nations" just now. Just getting into it. According to the introduction, He spends a lot of his book worrying about the need for government regulation to control the worst excesses of capitalism

I don't think I look at tangible worth in the same light many do. Actually, I don't ponder much on what me and my stuff is worth, it's me and my stuff and that's good enough for me.

Bartering is interesting, I've done a lot of that over the years, never bartered for sex before but Ms. Fun and I are discussing such an arraignment, I think we can work something out.

He spends a lot of his book worrying about the need for government regulation to control the worst excesses of capitalism.

Hell, the last ten presidents benefited from from their greed, don't expect any help from your government with this problem in the future.