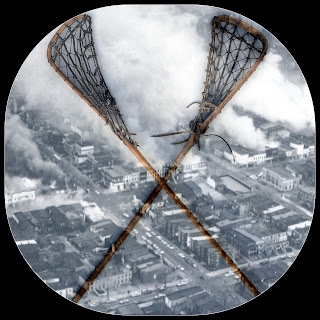 This should have been just another away game like so many others I would experience while a student at Charlotte Hall Military Academy in the late 1960's. But it wasn't. That day was a singular experience I would revisit time and time again over the next 54 years.

It was the last game of the season. St. Albans Prep in Washington, DC was the destination. The lacrosse team stepped off the team bus around noon I guess. We enjoyed a great feed in a fancy dining hall with white gloved waiters serving up the food. Sort of like Charlotte Hall, but more intimate and fancier; certainly quieter.

I realized sitting there that I could have gone to St. Albans, but I chose Charlotte Hall instead. What the Hell was I thinking? Then I remembered that I hated the snobby St. Alban punks I knew from my neighborhood in Bethesda. I had chosen the right place. I would not have lasted at St. Albans given the size of the chip I was hauling around at the time.

The normal chatter that filled the air was absent that day. Instead, a somber mood had settled over everyone. Most of the talk seemed to be about the shooting of Martin Luther King the day before and the rioting that exploded almost immediately coast to coast.

We found the locker room, changed into our uniforms and were directed to the field. The team benches faced easterly. Almost immediately it seemed everyone was looking to the southeast. In the not so far distance, multiple plumes of smoke were billowing skyward. Coach DiMaggio quickly refocused everyone to the task at hand; he said in effect,

" Nothing to see there guys. Nothing you can do. Let's play some lacrosse."

Mickey Dimaggio was a very single minded man when it came to his interactions with the K-dets. He did not change topics, he did not lose sight of his points, he made you stay focused, often with a wack from his lacrosse stick or a sharp tug on your mask. Damn, I miss that man.

His attempt to refocus me only partially worked. The whole time I sat on the bench, I would spend more time staring at the smoke billowing up to the southeast just a few miles from my nation's capitol. It upset me.

I think that day and the turmoil that followed bothered many people. And as it turns out, now here in 2022, it seems we still haven't learned. The same hate and discontent from back then has just been repackaged in a cloak of different verbiage, while the heart of the hate and discontent still remains solidly embedded in our collective souls.

That is what really makes me sad.

Only one group came to mind when it came to picking a tune for this post. Please enjoy the group, "War" and their excellent tune, "The World is a Ghetto". 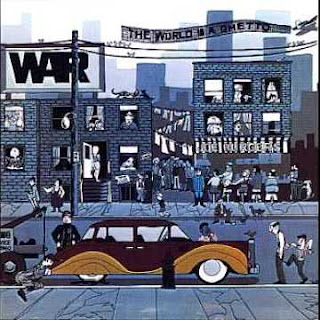 Email ThisBlogThis!Share to TwitterShare to FacebookShare to Pinterest
Labels: Charlotte Hall, Events that turned me into a Progressive, FB, Fear, Memoir., Music, Pain

please keep your place in this queue. after Ukraine.

Thanks for sharing this Charlotte Hall military Academy story. It’s interesting when you can connect a personal experience with world events and recall how those world events made you feel. I’m optimistic about our future. It’s a choice