The starter sentence this week from Friday Flash Fiction is an odd beginning for a story. But a story has to begin somewhere. Without any more fanfare - "Ten Percent" 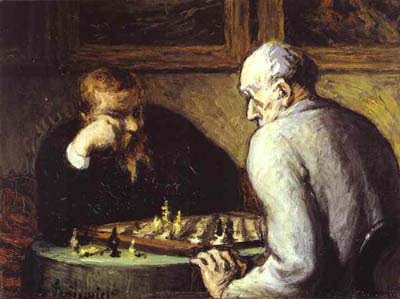 As the rumble receded westward, a fine layer of dust settled on the tall stack of vintage condom boxes. Wilky sat there in the gathering dust looking at the box of rubbers. He had spotted them under that bar top when he dove for cover after that first 85mm round from the Bolshi T34 hit the far wall.

Wilky had gone into the burned out bar for some swag like he always did when out on a scavenger patrol. There was always some undiscovered treasure out there in the devastated wasteland that had some value. Not this time. Condoms were the last thing on Earth anyone needed or wanted. With so many dead, thoughts of population control were the furthest thing from people's minds. Wilky grabbed them anyway. You never know.

To make sure the fading rumble was really the T34 moving on to find new targets, Wilky waited a few more moments before popping out of the now flattened building. The acrid smell of explosives, diesel fumes and his lung full of dust caused Wilky to cough and hack as he stepped out into the hazy daylight. He called out for Adams, the guy he had gone on patrol with. Nothing. Adams and the thrashed 350 Honda motorcycle that brought them both here were gone as if they never existed. Must have taken a direct hit. Bits and pieces were all he could find. Wilky was on his own.

Wilky did not grieve for his companion. Adams was dead. He was not. The chaos of the last 12 years had knocked such useless sentiments out of the Human Race. Humanity had managed to reduce itself to the basics again. This time, the transformation might just be their last hurrah. Only ten percent or so of the six billion souls jamming the planet still drew a breath. Wilky was one of the unlucky ten percent. He started to hoof it east. Maybe he would make camp before they moved on.

Charlie was busy with a spoon chasing the last remnants of the beans left in a blackened can. He looked up. "Wilky's the only one who made it back. Lost the Honda also. Said they got 'bushed. Never knew the Bolshis were holed up there waiting."

"Dammit, dammit, dammit. That means we're down to two Bradleys and what, one moped. Well this trip's been a bust. Tomorrow we head back to the Enclave."

Measured against the immediate drama of bombings, murders, and regional scandals occurring on a certain day twelve years previous, the incident that marked the tipping point from which Mankind might not recover was hardly noticed. It was reported that the American DOD had been hacked into. The worm left sat dormant inside the system for another six months before it began to download NSA files onto the Internet. Across the planet government secrets were being exposed to the light of day. No country was spared. Accusations flew. Already tense nations became more tense. Eventually someone fired off a nuke. And New Delhi disappeared. Then Pakistan disappeared. China began expanding it's borders and territorial waters to include all of southern Asia and a sizable chunk of Siberia. Russia and then the USA pushed back.

Surprisingly, not many nuclear weapons were used in the following 4 years. The attacks and counter attacks came in through back doors as biological weapons, dirty bombs, terrorist attacks, and sabotage. Then a new bug, a super bug no one had control of blanketed the planet with bodies in a little less than six months. Suddenly there were no countries to speak of. There was no manufacturing to speak of. There was no agriculture on a large enough scale to support the remaining population. Anarchy swept over the land. Humanity broke into packs fighting over scraps.

Wilky had been an accountant in a high end firm in the financial district of New York City. It was on his annual hunting trip in Maine when New York City got hit. He lost his wife in the initial attack and he never found his kids. He wandered up and down Ninth Avenue for days until he was swept up in one of the many refugee sweeps the military performed after the attack. He was pressed into service. More because of the hunting rifle he carried and his potential ability to use it than any possible worth he might have as an accomplished and previously successful accountant.

And now here he was seven years later somewhere in what used to be Pennsylvania trying to explain why he had not been blown up with Adams and the 350 Honda.

"Lucky I guess", was all he could come up with.

"Godfrey, your chosen species is certainly tenacious. I will give you that. It has taken much longer to wipe them off the planet than it did those slow lumbering creatures you created for the last game."

"Well, the rule change helped this time. I always thought that meteor gambit of yours was a cheap shot. It appears the judges agreed. Um, it looks like you have played your last card. What say you concede this one? I still have over ten percent of my pieces in place and left on their own, they will rebuild. You can't win."

With his chin on his clasped hands, Santanx perused the game board. He knew all he could do was delay the inevitable. Godfrey had indeed won this round. "Done. Until our next match then. Same time next week?" Santanx tossed back that last shot and flipped off his control player. Godfrey reciprocated. The board went dark.

The two ancient souls reached across the table, shook hands and went their separate ways.

Thanks again to Cormac for sponsoring this.
Posted by MRMacrum at 11:02 AM

Always a good twist to your stories Crum. You should write for TV. Far better stuff than what I've been seeing lately.

Nice. I love the smell of good apocalyptic sci-fi in the morning.

Oooooo I like the twist at the end. :)
Very good.
Why is the future always so dismal? And.. what happened to Canada? I'm assuming we're still on the radar somewhere. Am I still able to make chocolate chip cookies or what???? :D

Hmmmm... I was going to say something else before Mass came and asked me a question..

Oh yeah! I remember..
I was just wondering if he got to use his condoms?

See.. I told you it wasn't anything intelligent. :D

Not being into fiction I didn't read the post.

Oh damn! To say the post-doomsday story line hooked me right from the start would be an understatement but throw in the two god-like figures and now I need take some time and just think. This was some seriously deep and great writing.

On a separate note many years ago my battalion Nuclear Biological and Chemical sergeant decided to get drunk down in the dayroom with us enlisted and while alcohol soaked his brain let loose with a few heavy and not known to the public facts about biological warfare. Put it to you this way, hope to God the nukes get you first.

This post makes me question why I bother to do anything, ever.

Is there anything stronger than "nihilist"?

Dude, that ending is magnificently Serling. I bow before you, sir.

Sorry, late again with comments.
Mike, I loved this. You paint a great image. Great ending as well. All the best, David.