My initiating comment earlier this morning in response to the Meme at the right:

"With what the Republican owned state legislatures are doing, yes, Republicans and their ugly Fringes are definitely a threat to Democracy."

What follows is the brief exchange posted on the Right Wing dominated page, "Opposing Views" on Facebook.

"Yet another democRAT gaslighting, but who is living proof of the dumbing down of America."

“Tom. If I had known you were watching, I would never have contemplated testing your obviously more powerful intellect. You shame me sir with your biting wit and clever use of capital letters. Touche. When you retire to your double-wide tonight, I do hope you will think kindly of me and remember my true regret for having crossed you. When next we meet, I will hope that you might be more understanding of a member of the insignificant majority. If not, I will understand of course. Dealing with the dregs of society is never ending trouble and toil. If only there was some way we, the insignificant many, could elevate ourselves to your level; we might also understand as you obviously do, what living with our heads up our ass is like. I hear it is quite comfortable once one gets used to it.” 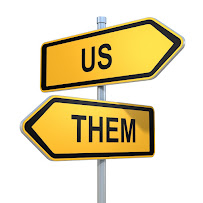 "Opposing Views" was created on the pretense of attempting to bridge the deep divides between the Right and Left with serious discussion without the meaningless hyperbole of "Yo Momma" rhetoric. It is a typical back and forth that illustrates just how the lofty goal of civilized discussion was quickly laid low as tempers flared and mindless insults became the rule.

I have really tried to deescalate my use of inflammatory rhetoric. I have succeeded for the most part, but as you can see, while I didn't use mindless words meant to enrage, I did do my best to slam this asshole hard, hoping my comment sailed over his assumed superior intellect.

I get that from my mother. She was so very good at insulting without overtly appearing to do so. When she was on her game, it was an awesome example of intellectual ownership. I can only flounder around attempting to emulate her. She was the Queen of the unsaid insult. I am only a pretender.

This tune became a rock anthem for the freak flag flying anti-everything demonstrations of the late 1960s and early 1970s. It brings back many memories; good and bad. But of more importance, it seems even more relevant today. 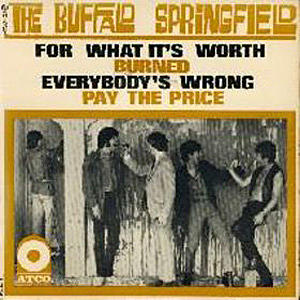 aside. When I worked at the Palm Garden The Buffalo Springfield played there for? either 3 or 6 weeks. Can't remember. But they were a so so hit.. think they were hard to dance to. hahah.

Maybe the next time you can do the Southern thing, just say, "Bless your little heart."

I'm tired of them. Way to crazy.
Coffee is on and stay safe