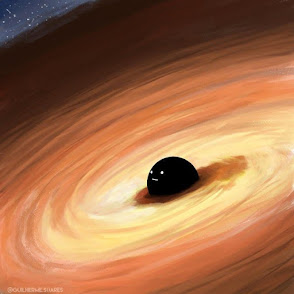 The Internet is a universe of Black Holes, each of which is comprised of an infinite number of Rabbit Holes. No matter where I turn, there is another door waiting for me. Posted on the doors of these Rabbit Holes are come hither messages meant to seduce me by promising idyllic experiences up to and including sexual climaxes. I could live to be 300 years old and I bet I would have only tasted a small fraction of the choices floating out there in the Internet Ether. I have wasted much time and money falling down one Rabbit Hole or another.

It has been a wonderful, illuminating and educational ride. Often though, it turns ugly and becomes filled with mindless moments akin to what we used to call Day Dreaming back in the day; only now we let the Internet create the Day Dreams for us. The epitome of laziness and sloth.

Nothing represents the good, the bad, the useless and the useful on the Internet better than the countless social media sites. There are sites which cover everything under this Sun. There are other sites that cover the doings and interests of Puckerville, Maine with its 3000 full time residents right up to covering the cities of millions like New York City. There are sites dedicated to chainsaws. weird maps, how to make the best clam chowder, and what makes the best whiskey sour.  Political sites, Conspiracy sites, Bible Thumping sites, and liposuction review sites all help pollute the inter web with enough meaningless blather to support the sites worth visiting, though no one ever does. But if you need them,, they are there waiting.

Upon reflection and honest review, I have to admit that at least 90% of my time on the Internet is wasted, being mostly idle interactions with others around the globe of the same mind set. We really don't have any sensible reason to be online, yet here we are trading "Yo Momma" insults and other salutations. The conversations are nothing but jibber jabber, but occasionally, once in awhile, and sometimes, I exchange niceties with someone who is on or close to the same page as I.

My latest Rabbit Hole is one I fell down the first time back around 2006. Since then I have tripped back into YouTube countless times. In the last couple of years though I have incrementally ventured deeper into the YouTube jungle. Watching the occasional music video has turned into punching up five hour playlists and letting them sooth my mind and allow me some time away from the often self inflicted pain of catching up on the current madness swirling around me outside the woods of Acton, Maine. At this moment I am listening to one playlist of the YouTube series, "Whiskey Blues". It claims to be almost 12 hours of the Blues. I am just shy of two hours in and I guess I will have to believe them. In addition to this list , there are many more "Whiskey Blues" lists to pick from.

Yeah, I am deeply embedded, lost, and floundering around in a musical version of Heaven.

Blues music for me is wonderful music to write by. And its odd, or maybe not. My words often are put down to that basic 4 / 4 beat the blues relies on most days. 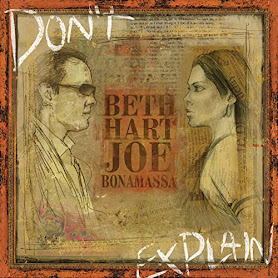 As I get older I go down a lot less rabbit holes.
Coffee is on and stay safe

I enjoy the deep dive into a black hole...which explains my 3 failed marriages..