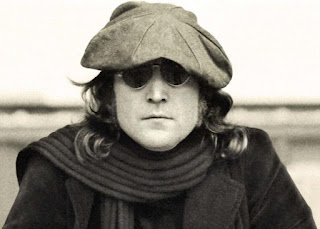 I was putting clean dishes away and rockin out to YouTube music videos on the kitchen TV. All the while I kept asking myself why I did not punch up these endless playlists more often when dealing with kitchen drudgery? No, really. I have known and used the YouTube music video channel more than a few times, but not very often in the kitchen.

I’d pursue some answers here, but my reason for writing today is not YouTube and its total immersion into my lifestyle. No, today’s post was kicked into gear when the Beatles tune, “Come Together” punched its way out of those awesome two inch speakers on the flat screen.

Of course it brought me back, took me back without much trouble to days long ago when my sixth grade friends and I would argue incessantly over who was better; the Rolling Stones or the Beatles?

The heated discussions at lunch, on the walks home and during recess always took place along gender lines. The girls absolutely loved the Beatles. The guys, because they did not want to seem unmanly, picked the Rolling Stones.

So at the time both the Stones and the Beatles were making their names here in the States, it was about sex for both. Sex sold better back in the day; better I think than it does today. It seems that no matter what is going on on this planet Sex is wrapped into it somewhere. After all, sex is one of the three legs that support the triad of Human desires, food, fornication and fighting.

I did not think much of the Beatles until "Revolver" came out in 1965. And then it was a slow conversion for me to come to realize that the Beatles wrote some of the most amazing music ever. They ranked right up there with Bob Dylan.

All this went through my mind as I listened to “Come Together”. Then a lyric I have always felt was a perfect lyric popped up:

“Got to be good looking 'cause he's so hard to see”

Because I never properly grieved over John Lennon’s death when he was shot, I certainly do now. We lost a great artist when he was gunned down. And I guess I need to give the Beatles their due. If not for them, would I have ever heard the Stones, the Who, Led Zeppelin? Okay okay, yeah I probably would have. But to deny the impact the Beatles had on my musical life at such an early age would be blasphemous. The Beatles were Rock Gods then and they still are.

The song today is of course, "Come Together", written by John Lennon and performed by the Beatles. 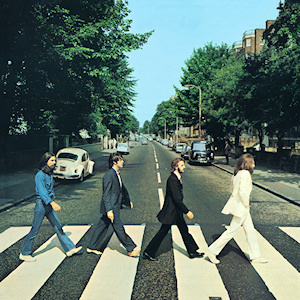 Wonder what he was smoking when he wrote the song?

\\Of course it brought me back, took me back without much trouble to days long ago when my sixth grade friends and I would argue incessantly over who was better; the Rolling Stones or the Beatles?

In my time and place... that was about who was cooler, Shwartz or Stalone. :-))))
Tip of my hat to Hollywood.

\\Because I never properly grieved over John Lennon’s death when he was shot,

Well. In a way. That is suiting genius poets -- to die young and furious.

Hope your day is going good.
Coffee is on and stay safe