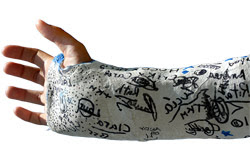 Yesterday I was counting my blessings. Well, I didn't actually count them, but I gave them some overdue consideration. I don't often count my blessings. I probably should count them more. I might find my good place more often.
So, The word "blessing" kept popping up after the fact. Only now I was not interested in them representing something I should be grateful for, but rather the physical texture and sound of the word as it rolled off my tongue. I was not interested in what it brings with it to any sentence. I was struck by the notion that some words either sound right or they sound wrong. And this can depend entirely on my frame of mind at the moment of word reflection.
Yesterday "blessing" sounded odd to me. It certainly rolled off my tongue just fine. It is relatively easy to understand what it means. Normally a word I never think about or struggle with in any way. But yesterday, "blessing" hit my odd track.
I managed to get through the day just fine though. Any disruption or stress this sudden plummet into the "Odd Word Bucket" was handled with dispatch and efficiency as I worked my way through the day. But today, the word "blessing" is still holding it's hand up, frantically waving at me to pick up where I left off yesterday. I mulled over this pleasant word with Biblical overtones evoking the simple concept of being grateful.
I eventually settled on that classic old idiom - "Blessing in Disguise." That's it. I've done it now. Gone and dropped not just an odd word or two into that "Odd Word Bucket", I have now tossed in a complete phrase.
"Blessing in Disguise". Just what the Hell is that? Yeah I know what we like to think it means. Ranks right up there with "Every cloud has a silver lining". Feel good rationalizations for when we screwed up, they screwed up and we got screwed up.
"Oh I dropped that case of beer. Oh well, at least they all didn't break."
As I considered the many idioms out there that rely on contradictions to make their point, I remembered a situation that invaded a friend's life oh, I guess in the early 2000's. He was part of a crew of mountain bikers who showed up semi-regularly for the shop rides I ran out of my bike shop. Often they would also just park in the lot and go on rides by themselves. We have a nice set of trails here in the pucker brush of southern Maine.
I think it was three of them who parked and rode out that afternoon. They were still out there when I closed. I did not think anything about it. It was not until a couple of days later I think when I found out my friend had lost control on the Sanford side of the ridge that backs up to McDougal Orchards. It is a fun downhill but like any downhill, shit happens faster at speed than when poking along. My friend crashed and broke both of his wrists.
While in the emergency room, he had X-rays taken and other assorted medical things done to him. A doctor noticed something out of place in one of the X-rays.
My friend gets his casts on both hands and another friend drives him home. The Doc calls a day or two later after consulting other doctors . They want him to come in. They want to run some tests.
Turns out the one of the X-rays had an out of place shadow in it. When they ran confirmation tests, he was diagnosed with Cancer. And dammit I think it was bone cancer, but I am not sure. The following treatment saved his life. We have lost touch since, but I assume he is well and still riding past his abilities on a mountain bike.
Voila! The blessing in disguise.
______________________
Music about 'blessings" that didn't make me gag or scowl made this search the toughest one yet. Been at it off and on now for over an hour. Shit. I found a Bing Crosby tune I tried to listen to and just like when I was a kid, I turned him off and left the room. Not into the old crooners.
So what to do?
I have not highlighted any music from a group I discovered awhile ago. They are from Japan and play, uh, well, some metal, some other music I figure is more traditionally based. Regardless, they are excellent, turn it up to wow musicians.
Here is the Wagakki Band with Amy Lee of Evanescence, "Bring me to life". 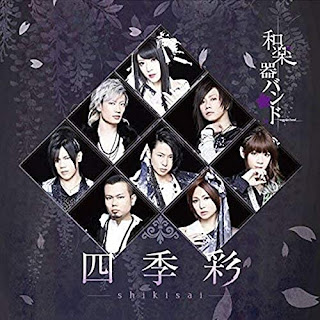 There is a Taoist story of an old farmer who had worked his crops for many years. One day his horse ran away. Upon hearing the news, his neighbors came to visit. “Such bad luck,” they said sympathetically.
“Maybe,” the farmer replied.
The next morning the horse returned, bringing with it three other wild horses. “How wonderful,” the neighbors exclaimed.
“Maybe,” replied the old man.
The following day, his son tried to ride one of the untamed horses, was thrown, and broke his leg. The neighbors again came to offer their sympathy for what they called his “misfortune.”
“Maybe,” answered the farmer.
The day after, military officials came to the village to draft young men into the army. Seeing that the son's leg was broken, they passed him by. The neighbors congratulated the farmer on how well things had turned out.
“Maybe,” said the farmer.