A Figment of Our Imaginations It was probably a mistake, but I again read an article from "Big Think". Didn't I tell myself many times that I am retired, hoping to sit back, smoke dope and let others worry about the things that matter and for that matter, also worry about the things that don't matter. Sadly, it is one thing to tell others I am retired from the pain of dealing with reality, it is entirely another thing to successfully follow through.

If anything, all of the things I have no control over have set up center stage now. Before, I was too damn busy with my reality of owning a business to consider just how disconnected from what is important myself and the swarming hordes of our planet seem to be. Regardless, I don't own a business anymore which leaves me nothing but the random musings that wander around in what I charitably call my mind.

"Big Think" offers up layman explanations for ideas that have geek speak beginnings. Complicated notions boiled down so hopefully a doofus like me can make hide or tails of it. This article starts with a question from science guy, Robert Lanza;

" Is the physical universe independent from us, or is it created by our minds?"
Without reading the article, I first tried to consider just the possibility of the premise. It only took maybe 30 seconds and I decided reading the article might help me past the initial idea.  I got 500 words into the article before my head started to ache.
Quite awhile ago, I had read, heard or watched a show regarding the incompatibility of general relativity and the subsequent competitor on the block, Quantum theory. Einstein wasn't having any of it as an explanation of Reality. So the smart folk came up with String Theory to try to connect the other two in a logical way.
That has not worked out yet.
And now it seems another attempt is being made to explain it all. "Biocentric Design" seems at first a total delusion like Lanza ate too much LSD and was sure he had changed Realities, Universes, something was different. The more I thought about his idea, the more room I gave in my trove of impossibilities that cannot be tossed without more scrutiny.
e can and have made up whatever we wanted  as long as the intelligentsia at the time is in agreement with past interpretations. Which seems to open the door that if enough of us agree, we can/will/have changed what comprised the past, the future, and the present. I immediately extrapolated that Reality is always in a kind of flux depending on what Quantum Foam it finds itself in. Quantum Foam is defined as:
"Quantum foam (also known as spacetime foam or spacetime bubble) is a theoretical quantum fluctuation of spacetime on very small scales due to quantum mechanics"
Somewhat in agreement, kinda, maybe; Steven Hawkings said of the past and future:
"The past, like the future, is indefinite and exists only as a spectrum of possibilities."
Of course I am guessing it doesn't boil down to something so simple. But it sure seems like it. Since many of our great thinkers are now at least entertaining the notion we are to blame for this cluster fuck of a Reality we find ourselves in, I wonder if they are onto something "Real" or is it just another theory like String Theory which has not been wholly accepted since its creation 40 years ago.
Never mind the claimed subatomic underpinnings of Reality, what about the citizens of the planet and how they deal with Reality they /we/us have created for ourselves? Based on this new notion of Reality being born out of a group think cooperative made of generations of thinkers, it would appear to a large degree, humanity agrees on the physical reality within which we humans interact. Where our mutual perception of the nuts and bolts of Reality stop is how the various groups perceive and use that reality. I would call those our cultural, religious, and possibly linguistic differences. Reality in Vietnam is not the same reality in Calgary, Canada and so on and so on around a world that itself spins in a Reality made up of all of us, by all of us, for all of us.
My original reason for writing this was to tie Religion in somehow. But I think that is a discussion for another day when I might even care. Instead, I find myself calming down and accepting one more impossible possibility in my Life. For if what and where we all exist is the result of an umpteen thousand years of generational group effort, then my hat is off to us. We sure created a beautiful planet upon which to exist. We just seem to be having problems agreeing how we should live here together.
Keep it 'tween the ditches ...................................................
_____________________
I picked the group Lost Frequencies and their tune,  "Reality". Poppy, but the images are nice. 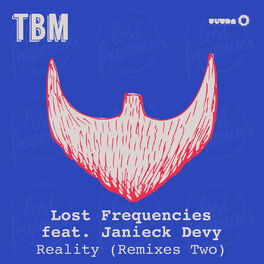 Email ThisBlogThis!Share to TwitterShare to FacebookShare to Pinterest
Labels: Brain Series, FB, Issues from my periphery, Music, Self Evident Truths, What is there to say?

Welcome to the wonderful world of academic navel gazing. Quantum theories are always lovely mashups of epistemology and cosmology. Does DesCartes come before the horse and how can you tell if the sheep you see is real?

“Big Think” seems like a site TO read while indulging in ample marijuana from my initial glance at it. 🙂 I would reckon it would aid in getting an appropriate level of free associations together to help contemplate those sorts of ideas.

When I have tried to wade through more of the details of Einstein’s ideas, I often thought and suspected that his pipe tobacco may have been a serious help in his development of those ideas. I have often suspected his preferred brand of pipe tobacco may have been especially potent. I had occasionally tried to explore and figure out what pipe tobacco he was preferring during that period of his life, but never discovered any specifics for that time frame. If I had figured that out, and in the unlikely event it was still available, I had hoped to try it myself (when I was still smoking my pipes).

But, alas, I never could figure it out, and now I am away from my pipes, so it is never to be, I suppose. Although, I can say that I still miss them.

Nan - Yes, I know I am just contemplating a navel, someone's navel and certainly not mine when I attempt to sort out Physics even a little and now they want to toss in serious doses of Philosophical mumbo jumbo into the mix?

Pipe Tobacco - I cannot speak to his pipe tobacco. I only know that every time I read more about Einstein, he continues to morph into just another human being instead of the Science Icon he deservedly became.

I'm on my way to retirement...
Coffee is on and stay safe

Oh, I like this holistic approach very much. Where physics, phylosophy and reality dancing together...


Well, to think about things like that QM with bare mind... have possibility of dangerous consequencies like becoming crazy.(had met several such examples in my life)

Still, QM in a nutshell is nothing big at all.
Biggest problem of it, it's epistemologicaly wrong premices, pounded in basicly every and any book about it -- that it is impossible to phatome. That our, observable to us Reality, is different from shown in QM.
While it is not.
Just think of it -- main claim of QM is that we cannot know same time position AND speed(energy) of a particle. But, does it true in our Reality? All the time?
Like, if you going with your pal to a pub -- you most surely will know detailed path you two was going -- but is it possible to know WHEN you'd come to it? Or, which EXACTLY pub you will enter. ;-)
Or, if you'll ask your pal to meet you at that pub, by telephone.
You most surely would know where and when you will meet.
But hardly you'd know exact details of your pal path to it. ;-)


\\and now they want to toss in serious doses of Philosophical mumbo jumbo into the mix?

As said my prefered author: "Avgiy's Stables of Phylosophy must be cleaned, but also, cleared space must be fixed/filled with something better". ;-)

I tried to read that article..whoosh, right over my head.

We are intelligent animals, only because we call ourselves intelligent as compared to our closest cousin in the animal world: the chimpanzee. I have heard people say, 'You think you are so damn smart' and that applies to the human animal. Smart as compared to what?
Look at the state of the world and then believe we can ponder metaphysics. Hell, we cant keep from killing each other.
the Ol'Buzzard


Well, there is no phylosophical or metaphysical reasoning against homicide.(if you know one, hit me)
And, even if we'd not kill our kin, still we habitually killing many kinds of other species. Or, creating conditions for them to die. Even undelibarately.

About smartness... well, we can start from ontological reason of having brain -- it helps with survival. That's why it was developed in the first place.
So, to find or postulate "bigger inteligence" we just need to point to a more killing, more hazardous place, survuval in which possible only with bigger brains. ;-)