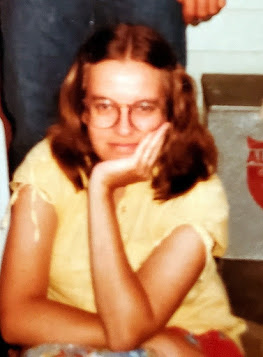 NOTICE - Facebook would not allow me to post this on BA's page. Said it might be insulting or some such nonsense. I am guessing it was because of the title. So I changed it. We'll see if that does it.
Changing the title did not work, so its back to the original.
_________________________
My ability to remember exact dates like an old calendar can has taken a hit over the last fifty years. Sometimes even pinning down an exact year can be a challenge. It does not depend on how far back I have to go. It's more about prodding my brain to get off its lazy butt and root out relevant information.

BA and I had been dating since at least February,1980.  And I am pretty sure we had first met in late 1979 when I went with mutual friends to a party at her apartment in the Mt. Washington neighborhood in Baltimore. I made a wonderful impression that night or so I was told the next morning when I woke up on her living room floor.

But Valentine's Day, 1980 was the day I knew we were a couple. I showed up on her stoop wearing my red long johns with the butt flap up, holding a card and I think a box of chocolates or flowers tucked under my arm. I was a real charmer alright.

I was smitten, but not yet in love. I had no inclinations of long term commitment. I had just fallen in Lust at that point. It was at a baseball game later in the summer, when I knew this relationship was more than just a casual fling. 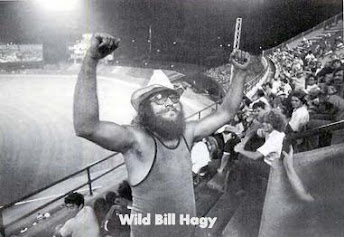 It was a weekend O's game in Baltimore in the summer of 1980. I remember my future wife and I were part of a tight group of Balti-moron buds who enjoyed sitting in Section 34, upper decks, Memorial Stadium. We would root for the Birds, drink our smuggled beer and cheer along with Wild Bill Hagy  as he led the cheers.

The Orioles were playing the hated New York Yankees. That meant we were going to pay more attention and not just get sloppy drunk on the flat beer in that huge jug we smuggled in. The damn thing could hold twenty one beers. I have always wondered what happened to that jug. It was awesome.

The game I think was in the early innings when a drunk and rowdy Oriole fan began harassing an elderly couple five or six rows down. I am sure it was only because they were quietly watching the game and proudly wearing their NY Yankee swag. Easy, low risk targets for a loudmouth drunk. As the innings came and went, his verbal attacks became more hateful and more personal. He was definitely over the top. His performance made every O's fan in our area uncomfortable. Yet, nobody did anything or said anything. We all just squirmed in our seats and allowed it to go on. In the meantime, the elderly couple were obviously not happy either.

I noticed BA was not watching the game as much as she was staring at this drunk who was demeaning folks who did not deserve it.  My spidey sense tingled, but I still sat silent. Then she stood up and shouted at the drunk.

"Why don't you sit down and shut up!"

If ever there could be a hush in a crowd at a American League baseball game, there came a hush that fell over part of Section 34 that day.

The drunk was maybe thirty feet to our left, one row up. He turned towards our row and found BA standing there glaring at him. Me, well I was hunkered down next to her hoping this situation did not escalate. The drunk was with a group probably just as drunk as he was. Of course he shifted his nasty verbal onslaught, aiming his slurring vitriol at my future wife. She was not cowed, swayed, or even seemed to notice his threat of coming over there and taking her out. BA stood firm and said,

I was really concerned now a fist fight might break out. BA looked at the drunk's group and said something to the effect,

"Hey, you better get your friend under control."

In the meantime, it seemed many of the eyes in our area of Section 34 had shifted to BA and the drunk. I quickly decided I had two choices, Chivalrous saving the day type action, or running away like a little bitch. I decided on Chivalry and stood up in a show of support. At that same moment, more than a few fans in Section 34 stood up. Several of them began shouting at the drunk to quiet down. He became mouthier until some of his good buddies finally made him sit down. The elderly New York fans smiled, tipped their hats and went back to watching the game.

I did not know it then, but that had to be the day I fell in love with my future wife. It took me some years of replaying that moment in my head before I caught on. She stood tall in all of her five foot-one, 100 pound  fearlessness and told that asshole to "Bring it on". Her parents definitely were prescient when they gave her a name with the initials BA. She was Bad Ass back then and she is now an even more impressive Bad Ass.

That was a woman I had to marry. Remembering that day told me why.

So in lieu of flowers, chocolates, and expensive bling for your birthday today my darling dearest, I wrote this little PR piece. Not trying to curry favor. Not trying to smooth out any recent rough spots. Just wanted a story to go with this HAPPY BIRTHDAY Post.

The first one was kinda poppy for my tastes, but after two run through's, I decided I liked it. An added plus is, I think BA will like it.

The second one is a John Prine tune, "In Spite of Ourselves" . The sentiment is spot on I think.

Oh, there is a reason for me to solidarise with this, wholeheartedly.

Long live to born at 17 of August!

nothing badder than a badass woman...I stand with her...

Awww. You sure know how to pock a winner. Happy birthday.