The Three Sides of the God Coin 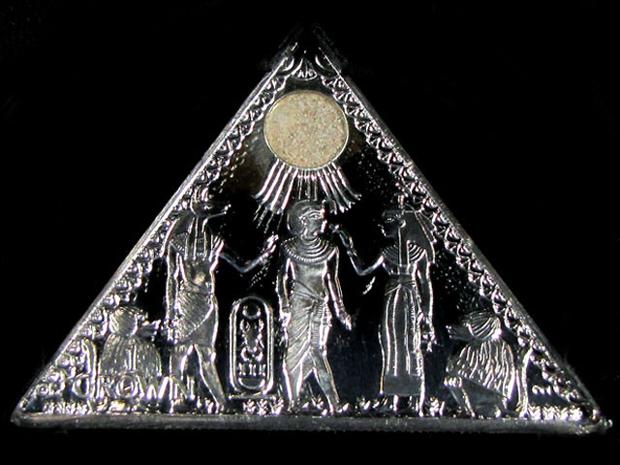 Over the last 15 years or so, I have tried my best to not get sucked into conversations of  God and religion.  But some comments I read on one of my Alexandria posts nudged me back into the fray.

The topic brings out the worst in some folks, especially those who are firmly planted on the belief side and those who are solidly on the non-belief side.  That I am an agnostic has not served me well in either camp.  "Fence sitter",  "waffler", and other less civil words have been flung my direction from both sides.

I am comfortable with my religious views only because it took me so long to finally decide that a book of parables written by humans and then re-written under the watchful eye of a monarchy was probably 90% bullcrap.  The book does nothing to prove or disprove God's existence.  Yet, the faithful are positive of God's existence and will offer up the Bible as proof.

The atheists are no better.  They operate on the assumption that God does not exist because God has not shown him/herself.  That for the lack of tangible evidence to the contrary, it must logically follow that there is no supreme being.  Just because you cannot see it does not mean it does not exist.


As I said, I am an agnostic.  I neither believe nor disbelieve.  But I can see the worth of either view.

If you look at life on this planet and how symmetrical and predictable it is, believing that it was by design is not a stretch in my opinion.  But if you look at the unpredictable and ugly side of life on this planet, one could safely assume there is no supreme leader looking out for us or our planet.  We are an accident of physics and chemistry, a one in a billion coming together of just the right ingredients.............Hmm

The fantasy world I have come up with that safely shelves any personal anxiety and anguish over the question of God is a two-parter.

If there is a God, they have no interest in how we turn out.   If they did care, Free Will would not be on the menu.  It is as if our makers planted a garden and walked away a safe distance to see how it turned out.

Life started out for me as a crap shoot.  My conception was a "Whoops, I guess we had too many martinis last night".  I could have easily been born into worse or better circumstances.  As I gathered the years around my middle and in my mind, I realized my existence was not laid out for me, nor did I have even close to any control over it.  So the timing of my departure from this plane of existence will be determined by some roll of the Fate dice.........................

If this is the case, and remember, I came up with this for my own comfort, no one else's......I figure the Afterlife is anything but predictable.  And whether I face a vengeful God or no god or a guy named Lou who trims the hedges of the Universe, worrying about it now is not going to change anything.  I just do not care if God exists or not.  It seems a stupid subject to argue over and definitely a stupid idea to kill over, yet humans have been killing each other for millenniums over this very subject.  What a bunch of morons we are.

Or maybe this IS the afterlife.

From show: "The Big Bang Theory"

Amy: I don't object to the concept of a deity, but I'm baffled by the notion of one that takes attendance.

Or one that gives a rip about human concerns like politics, wars, organized religion, or sporting events.

We are all atheists. It's just that I believe in one less god than theist.

It is as if our makers planted a garden and walked away a safe distance to see how it turned out.
If there is a god, she should have done some weeding!!

I call myself a "Born-Again Agnostic". I was born not knowing, was taught and confirmed Lutheran, and then after learning more decided I didn't know and that the stuff I was taught was all BULLSHIT.

A Midnight Rider has it right. There are hundreds maybe thousands of gods the Bible-Bangers don't believe in, an atheist just doesn't believe in one more.

I believe in the Holy Day Off.

Tom Harper - I have thought that on occasion. The one that gets me though is reincarnation. If that is the system in place, I have hopes of not coming back as a dung beetle.

Beach Bum - One of the more intelligent sitcoms out today.

A Midnight Rider - Don't confuse me.

Kulkiri - One man's bullshit is another man's faith.

Randal Graves - For sinners, every day is the Holy Day Off.

"The atheists are no better. They operate on the assumption that God does not exist because God has not shown him/herself."

Forgive me, but it seems to me like you're not really listening to what atheists have to say. I'm an atheist, and this is not how I state my position.

I'm an atheist because I do not find any convincing reason to believe in a god. From what I can tell, it's a man-made concept.

Of course. I admit that a god very well could exist, but until I'm given a good reason to believe in one, I'm going to assume that he/she/it doesn't. This makes me an atheist.

I have no problem with anybody who wants to identify himself/herself as an agnostic, but if you're interested in why that word doesn't work for me, here's something I wrote.

Lance Johnson - I do understand the atheist views. I would say that maybe you don't......

You wrote "Of course. I admit that a god very well could exist..."

That right there is more of an Agnostic point of view not atheist. Atheists I guess are now like the so called modern Libertarians, they talk the talk but don't walk the walk.

And don't get me started on the folks who think they are anarchists.

My post most certainly painted with a broad brush. To break down either the Theist or the Atheist views into their individual nuances was more than I cared to write about in a blog post. My goal with the blog is to hopefully keep your attention and create some dialog, not write a treatise and put everyone to sleep.

I don't understand my own views?

This may be pointless, but I wrote a response to your blog on my own. (Along with some other conversations that I've been having.)

You write: "My goal with the blog is to hopefully keep your attention and create some dialog."

Honestly, it sure as heck doesn't seem that way, especially when you tell me that I don't understand my own position.

Nature is the supreme being and creator but like us nature is not perfect. There is a spirit of the planet but it hasn't got shit to do with any god the monkeys write about.