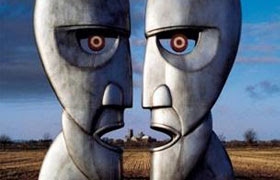 I am told the Cold War is over.  Yet it would seem both the old USSR and the good ole USA still insist on drawing lines between each other based on the supposedly dead in the water Cold War that was quite effective in maintaining a solid Mexican Stand Off between the evils of the Red Empire and the moral decay of the Capitalists from the West.  The two of us had the World neatly carved up and would use proxies to fight each other.  And though the World is no longer under either's thumb completely, both still insist on using their old school tactics whenever possible.  The World is suddenly much more dangerous than it was during the Cold War.  And sadly, it appears neither the good ole USA nor the old USSR can get their heads around what to do about it other than pulling out the same old tricks out of the same old hat.

Just look to our struggle to rein in the terrorist activities in the Middle East.  It would seem that each of us, the old USSR and the good ole USA are on automatic.  They see who the other backs and immediately backs the opposition regardless of Common Sense and what might be good for everyone when it is all said and done.  And then maybe both of us liked the old rule book and keeping it alive gives some in the upper echelons a warm fuzzy feeling the old days are not completely gone.

Our bullheaded and stupid insistence on continuing to punish Cuba.  Russia's support for the current Syrian regime.  Maybe it is just me, but maybe if both of us stopped being so bullheaded and changed our stand on both Cuba, Syria, and always come at each other with chips on our shoulders, maybe there would be some relief for folks who really only want the same chances we have in our respective countries.

Yeah, yeah, ....yeah, I hear it is still tough in Russia for the average slob.  Well, seems the regular main street American is finding it tougher than it was oh, I dunno, 15 years ago.  In both countries, only the smallest percent of the populations are riding high on the gravy train.

The old USSR has been blocking any UN efforts to take on the Syrian crisis.  It's not as if the UN is really interested in actually doing something.  No one can out posture or exhibit higher levels of righteous indignation than a UN delegate from almost anywhere.  Their posturing and empty rhetoric can put even our own pols to shame.  I imagine many of the member states ( France, Italy, Great Britain, etc.) are secretly grateful for Russia for their obstruction.  Doing nothing costs very little in money, men, and materiel.  Never mind their respective populations have lost their stomach for the ugliness of death and destruction.  And who can blame them?   Europe has seen more than it's fair share of both in the last 2000 years.

The good ole USA has been sitting on it's hands, waffling hard as to whether to once again step up as the World's Cop.  ObamaMan knows a majority of Americans are not really keen on intervening in the Mid-East anymore.  We have paid our blood price, it is time for one of the yahoos hiding behind our petticoats to step out into the light and take the lead..   But they won't and he knows it.  Matter of fact, anyone who has been paying even the slightest attention knows it.  Apparently it is the good ole USA or no one.

So I guess we are about to fling some missiles, take out some rocket launchers and bomb some military runways in Mid-East again.  I have to give ObamaMan some credit.  He didn't hit the "military option" button at the first provocation.  For a president, he has shown some restraint, given the fearsome firepower at his disposal.  It does not help that Assad seems to be asking for it.  I am not sure why Assad's regime would think now the good ole USA does not have the stomach for another dust up in the Mid-East.  Right next door for the last ten years, we have proven our willingness to meddle and recreate their neighbor in our own image.  There are many in this country who would love to see it happen in Syria also.

Frankly I am tired of the good ole USA constantly meddling in the affairs of other countries.  And to waste even one drone strike or one bombing run is too high a price to save a country intent on destroying itself.  That may be harsh, but a lifetime of seeing my country at war will do that to a fella.

Makes too much sense Crumb. I have felt for the longest time that most of this war posturing is to save the Defense budget come crunch time, for both the good ole USA and the good ole USSR. After all, wasn't Viet Nam all about the defense industry in Texas and California?