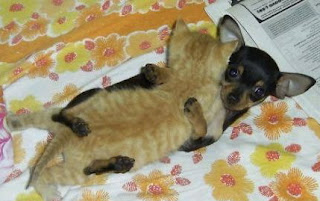 Well it is snowing now.  Must be 7 inches of the stuff out there.  I just finished blowing it off the drive.  Sure hope it turns to rain like they promised before too much more snow begins to fil in where I have dug out.  Rain on top of even a small amount of snow leaves things very untidy once a daylight thaw commences.  Then it re-freezes and before you know it, the drive, the walk, all become rock hard irregular avenues that can be hazardous to the infirm or inattentive.  I am not infirm yet, but the inattentive problem has plagued me my whole life.

I really was going to go to the bike shop today.  I have been very dedicated this year so far.  But well, I decided to wait on the snow so I could blow the drive once and be done with it.  It did not let up until 2:00 PM.  By the time I had cleared the snow, it was 3:00 PM.  If I hustled, I could be at the shop by 4:00 PM.  Firing up the pick up and driving with other lunatics on nasty roads for two hours of retail time just did not seem worth it.  SO I have rationalized and decided that screwin the pooch those two hours will have more payback than fielding calls that start with, "Oh, are you open?"

And what better way to screw a pooch good and proper than to screw it out here in the internets for everyone to see?  The only better place is Congress and well, I am just not in their league.  Or maybe it is that they are not in mine.

I have perused the National and World news swirling and twirling around me today.  I decided it was just another installment of the same old same old.  So I looked locally.  All I could find today was some clown being arrested for beating up on three teenagers with the butt of a pellet gun on one of the trails we use to recreate on.  One of the teens ended up in the hospital.  His buddies I imagine had to check their shorts.  And since the Einstein who whipped up on them was caught sitting in his car at the end of the trail, any future titillation is not happening.

The big news remains this piss poor excuse of a snow storm.  I can almost hear a statewide sigh of relief.  We expect the ground to be snow covered and now that it is again, we feel like Life is back on a normal track.  Now bitchin about the weather will have a point.

New fiction up at BoZone Too - "Broken Man"
Posted by MRMacrum at 7:52 PM

Wait a minute, it's a two hour drive from your home to your shop? That's just not right.

After it left your area the storm made a landing here. I'm still not sure how much will be left by morning because it's raining (and blowing) now.

There is nothing like copulating the canine on a snowy day. Makes winter almost bearable.

BBC - Just poor writing on my part. I meant it did not seem worth it to go in for just two hours. I live 15 minutes by car from the shop.

susan - Yeah it was. I drove down to the Tradin Post (about 2 miles) to get some necessities and the roads were in awful shape - that was at the end of the day also.

Blog Fodder - You make it sound so dirty.

You should invest in a pair of ice skates, just in case.

You were doing a fine job of skating, even if you didn't have any skates.

What were those three teenagers doing on that trail anyway? They were asking for it :)

Only rain down here in Jersey. But our cabin in the Adirondacks got some snow, I understand. It's very unusual how little snow there has been up there this year. New Jersey, not so much; we have mild winters off and on.

Randal - Got studs for my mountain bike - Bring it on!

Kulkiri - Yeah, I used a snow day the way they were meant to be used.

Tom Harper - You know, that is an interesting question. Just what the Hell any of them doing there in the middle of the woods - including pellet gun guy.

Mauigirl - The Snow belt I understand (includes your cabin area) is experiencing the mildest winter in over 50 years. I may be wrong, but that is what I thought I read.