Ending Up With What We Deserve 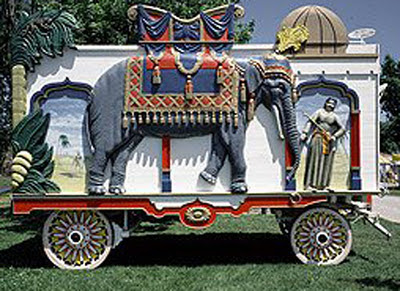 Watching this year's Republican circus of clowns fight tooth and nail with each other over the right to take on Obama Man in November has been both entertaining and enlightening.  Entertaining because this particular cast is anything but the normal boring button down wing tipped crew the Right usually fields.  Oh we have our token Brooks Brother rep as played by Mitt.  Classic handsome banker type who has nice teeth and an almost squeaky clean bio.

Any other year in the past, he would be a lock by now.  But the Right has become dissatisfied with playing the game it has always played.  It would seem they are intent on pushing the fringe policies of their side to the front to draw a line in the sand.  And it it is a hard line in the sand.  A wishy washy candidate is not what they want.  At least that is my perception at this point.

My enlightenment is not over something that has just happened, but what seems to happen every election.  People end up electing people not based on their stands, but on their electability.  The sheep follow the momentum from one contest to the next.  The closer to the end of a particular campaign, the less the core values of the specific candidate matter.  Can he/she win?

No wonder our political process is so screwed up.  As individuals we espouse certain views and initially look to candidates who embrace similar takes.  But as a campaign winds up and then down, we shed our hardline attitudes and look to the candidate who we think has a fighting chance to beat the evil candidate from the other side.  In the meantime, our moral and ethical base is shoved into the shadows as we get caught up in the frenzy to win at any cost.

Is it any wonder we are lead by a group of flip flopping liars?

And even with this, call it a re-enlightenment and re-confrimation of what I have always felt, I come back to the one kernel of truth I embraced over 40 years ago - We end up with the government we deserve every time.  So don't blame Obama.  Don't blame Bush.  Blame yourself for wanting to win at any cost.

And just to make it clear, I blame myself more than anyone else.  My recent decision (the last two election cycles) to vote for anyone other than a Republican is a perfect example.  I know I am compromising my own personal set of morals, but I just cannot help it.  My opinion that the Right in recent years has almost always led us wrong has become ingrained.

This by no means is an indication that I think very highly of the Democratic leadership.  It is more that I think they are the lesser of the two evils.

I don't follow it all that much, it's just a waste of my time. The system is set up such that there's no way we will get the right people in office. And America wouldn't vote for the right people anyway.

You know what some say, America has the government it deserves. So fuck it, I'm going on a road trip.

Exactly my feelings...and it is depressing.

It is more that I think they are the lesser of the two evils.
That's been the problem for too many elections.

Many years ago I heard that in order to get the kind of person in office you want, vote for the one that says the opposite of what you want because as soon as they are in office they'll do a 180. Altho in the last few decades that only applies to the Dems. The FuckingRepublicans have gone so Bat-Shit Crazy that there is no hope of them ever returning to reality!!

more parties - more choice. Of course, when you think about it, more choices don't change the uninformed, fundamentalist,I'm mad as hell voter who will probably just elect the same person anyway.

Like you said: we get what we deserve.
the Ol'Buzzard

BBC - How can you waste something that does not exist?

YELLOWDOG GRANNY - Well might as well grab some KY and enjoy the ride.

jadedj - and often hilarious too

Kulkiri - Yeah, they began the slide into evil the day Ronnie took office.

Ol'Buzzard - Seems a nation wide inflexibility has us by the short hairs.