A Conversation at the Kitchen Table 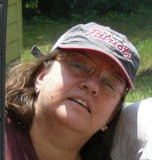 Not sure why I did not post this back on Dec. 13, 2011 when I originally wrote it. I didn't and so it goes. I did save it I guess so I could find it later; like a written time capsule of sorts. Here we are eleven years later and Life is still "Same Shit, Different Day".
I was reading old blog posts about this and that.  For some reason focusing on angry political posts did nothing for me.  Some pissed me off.  Others I agreed with.  I gave my usual responses, but without my normal level of righteous indignation. A few caused me to stop for a second and really ask myself how I felt instead of kicking it into automatic knee jerker mode and ripping off a few hundred angry words.

The past few years have found me wondering why I see political situations in certain ways.  I ask myself if I had the strength of backbone to actually be the one who decides an outcome or direction to resolve one of the million, Ka jillion problems facing us at any given moment.  In that I have an over blown trust in my ability to handle what comes at me, I thought I could.

Ten seconds into this self induced ego boost, I realized I had no clue whether I had the intelligence to first of all, make a good decision, or second of all, the discipline to follow through with it.  My life has been sprinkled with moments of grand failure to perform as advertised.  Trying to not beat myself up and not end up in a weeping pile of crippling disappointment, I did not look very hard.  Still, some glaring moments of falling well short of the goal line still jumped off the index card I keep in my mind just for nostalgic moments like this.

I was about to fall into one of my loser, nobody likes me, I'm going to eat some worms routines and work hard to create for myself a lousy day.  My lovely wife and a conversation not three weeks earlier crossed my mind.  Suddenly all was right with the world.  Instantly my spirits were lifted as I replayed our brief encounter.

She was sitting at the kitchen table when I came home from the bike shop.  I had been beaten up several times that day by disappointment, frustration, and failure to have the right answer when the phone rang.  Nothing had gone right that day.

What is it with women; they can pull from the word "Hey" that something is wrong?
"Uh, well, I had a shitty day at the shop.  Everything I touched turned to shit.  I feel like such a loser."

She dropped her fork on her plate, turned slightly in her chair and stared at me.  I wasn't sure, but was that the beginnings of a gleam in her eye or was she..........

"You are a loser.  But buck up.  You aren't as big a loser as you were this time last year."

She picked up her fork and shoved it under a piece of pot roast that had been basking in well cooked juices.  She took a bite and smiled at me.

When she's right, she's right.  That is what I am - not as big a loser as I could be or have been.
It was indeed a good day after all. 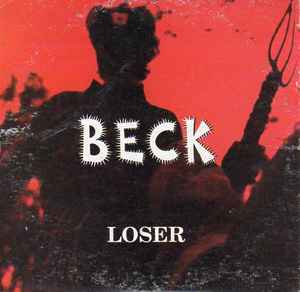 Email ThisBlogThis!Share to TwitterShare to FacebookShare to Pinterest
Labels: Another Wake Up Call, Family, Languishing Draft

that made me laugh out loud..long and hard...I loves her.