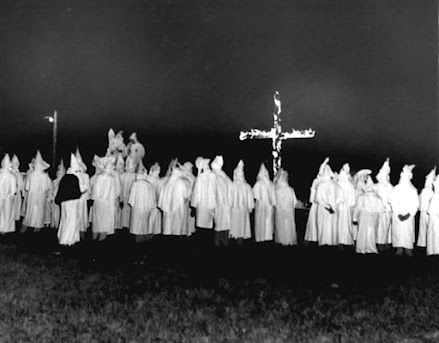 Recent memories of the Florida I lived in back in the early 1960's included the many road trips my family and I made north back to Maryland, Pennsylvania, New Jersey, and Maine during the three plus years we lived in the Sunshine State.
There was no I-95 yet, no awesome super slab to love life while smoothly cruising between 60 and 65 mph. No gliding down  gentle curving exits that ended at clean restaurants and immaculate gas stations with friendly and helpful attendants all wearing clean shirts and name tags.
In the South of the early 1960's, the fastest route north or south on the southern East Coast was US 301 or nothing. Every Podunk town large and small anywhere near it, insisted on being part of it.  And pretty much every town made you slow down while driving through. Speed traps were everywhere.
Driving further North, the options increased but did not make the drive any better. The service went from surliness with a smile to no fooling in your face surliness as we got closer to the Big Apple. The New Jersey Turnpike was nice. There was a  Ho Jo's every 30 -40 miles or so. Because it was a feeder highway to New York City, the bumper to bumper traffic was intense all day and into the night. I witnessed amazing incidents on those trips. Horrific accidents, Traffic backed up so badly in New Jersey once, it took over six hours to make it to the George Washington Bridge.
Heading back to Florida in late summer 1962, we became entangled with thousands of KKK party goers on US 301 in southern Georgia. It was past sunset and I had been sound asleep in the back seat for awhile. My mom jammed on the brakes throwing me onto the floor. When I regained the seat and took stock of what was going on outside the car I saw two endless lines of red tail lights moving south at maybe five MPH. Most of the cars in front of us in the right lane were turning into a huge field covered in rows of flaming lanterns marking where to park. Men in hooded white robes holding flashlights, guided the Johnny come lately's into their parking spots.
Further in the distance up on a wide knoll, many yards apart were two large crosses on fire with people in white robes and pointy hoods milling around them. PA systems were blaring and the folks just getting out of their cars were in various stages of putting on their KKK outfits. Georgia Highway Patrol was everywhere, guiding traffic, answering questions or just jawing with good ole boy goobers in pick ups and beat up sedans.The tension in our car was enough to make me nervous and cause my 10 year old mind to imagine all sorts of awful scenarios. It was an awesome experience, but not in a good way.
We were hung up in that traffic snarl for over a half hour. Naturally in that time I had questions my parents deftly talked around. It was not until we got back home in Tampa that answers were attempted even though my parents were as dumbfounded as I was.
I would drive by one other KKK hoedown before we finally left Florida and resettled in the Washington DC area in the summer of 1964. The harsh and often brutal lessons from the race education I received over the three plus years I lived in Florida have stayed with me without forget and have always been easy to bring to the surface to remember. I learned about the evils of racism through witnessing it and experiencing it firsthand.
Keep it 'tween the ditches .........................................
____________________________
Musical selection is going to be another "Google's Choice". I punched up "Music about US 301" and got zilch. Damn, I would have thought at least one tassled Buck Owens wannabe country singer had recorded a tune about US 301. I did find one. It was awful.
So I punched up "music about KKK". Here is a nice reggae tune by Steel Pulse, "Ku Klux Klan" 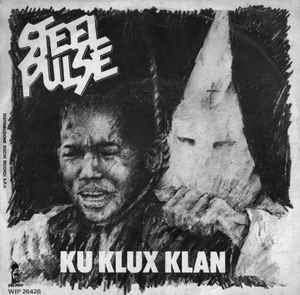 I was having a talk with Nancy our librarian and she is on the West Museum Board and has to grit her teeth and bite her lip a lot of the time. They were putting up displays of all the stuff that has been in the history of West. they have a article about the time in the 30's that the Klan walked down the streets of West to terrorize the Czech's Germans and Catholics.. they actually have a white robe and hood. Nancy wanted to show the robe and hood with the information. The rest of the board refused and only put up the information. I'm like why? What a great piece of information. To show the young kids it wasn't just about black people. Then as a aside. Said probably one of their uncles or grandfathers wore that damn robe. She agreed.
Wish you could come down and see our little museum. It's really great. And the hood and robe are in the backroom of the library.

KKK were very active in Alberta and Saskatchewan, still twoof the most racist countries in Canada. I see they are now going to obstruct the federal goverment ban on assault weapons and buyback program. I will be glad to be back on Ukraine