Education Should Not Be Profit Driven 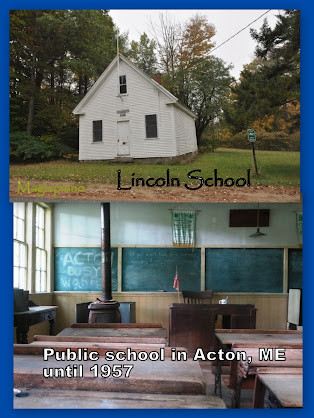 So I joined another Facebook group. This group sent me a request that I join because I liked one of their posts that crossed on my page. The group is called "Public School Advocates". Their stated goal in as few words as possible is;
" ....... to organize to advocate for strong public schools that serve all students well."
That they are a satellite organization of "The Progressive Magazine" did not bother me at all. I have been accused of being a progressive in my past and will be more than happy to be accused in my future. I am not sure if I am a progressive though. I let others decide that for themselves. Just don’t call me a Winger.
I chose to join this group because I am sincerely interested in education in the US, having gone to 12 different public schools before I graduated from high school. My experience was a crap shoot when it came to quality and what was focused on in a particular state. And though I never attended school in the town I live in now, Acton, Maine, my daughter did and her education was as good, if not better than most public schools at the time. Acton school, along with many others in the nation at the time, were recognized for their quality of public education. She is a tenured college professor today. I hold Acton School responsible.
So, any group that is for a strong public school posture at the state, federal and local levels is okay with me. Education, like Healthcare, is better served with government involvement than not. A country is only as healthy, mentally and economically as its population. If the people are under educated, less healthy and poorer than competing nations, then who loses? We all do.
I am tired of losing and being ashamed of how far the USA has fallen. The rest of us should hang our heads also. There is no excuse other than we have caved to the petty selfishness of small minds with deep pockets in the private sector. Relying on them to carry the ball is not working out. But we have known that for a long, long time. Government is not the evil, the money grubbers are.
Keep it 'tween the ditches ......................................
Posted by MRMacrum at 12:11 PM

Email ThisBlogThis!Share to TwitterShare to FacebookShare to Pinterest
Labels: Events that turned me into a Progressive, Family, FB, Issues from my periphery, Maine, Personal, Politics, Sanity, Shameless Plugs, Silent Conquest of Ourselves

I enjoyed reading this, and certainly agree with your thoughts!

our school system is embarrassing.

There are benefits to keeping a population ignorant and only the elites educated. Notice the following of the GQP.

Unknown - Thank you for taking the time to read my post. That you agree to its sentiments is icing on the cake.

yellowdoggranny - The nations school systems as a whole are indeed embarrassing. They did not use to be.

Blog Fodder - It does seem that the moneyed Right in particular have embraced a policy of destroying the public school systems as we know them. Pushing private sector solutions, forcing the Federal government out, and leaving each region, state, and local district to fend for themselves. They have taken on a a short sighted and ruinous position on many things, education being at the heart of their idiocy. I am convinced they are using the banana republic models as their template, wishing to create a two tiered economic system where the minority is ruled by the morally bankrupt majority. They seem to insist that Capitalism is not only an economic system, it can also serve as a political one. Whatever it is they are doing will fail. The only question is when.

Free public education is one of the most valuable services our nation provides. It needs far better support. I despise how the Republicans constantly try to destroy public schools withe their evil work to try to keep us regular folks dumb and not able to recognize the evil they do.